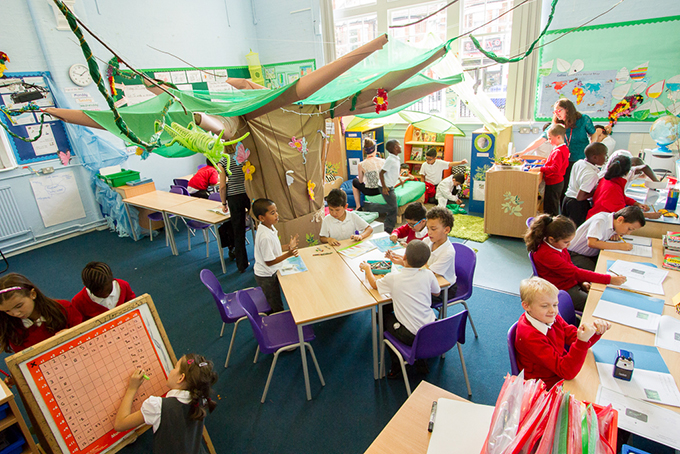 There is a hokey joke about someone hibernating a few centuries ago who, waking up today, would go mad in any environment except one: the classroom, frozen in time. In Spain, a monk is usually the protagonist in the United States, Rip van Winkle , and everywhere is the metaphor of a dyschrony, of something or someone that does not follow the rhythm of history or that survives its time.

It may or may not be the case of a teacher but, no doubt, it is the classroom: it was born in a context of scarcity of information and school knowledge, when only a few educators could take them to many students, the books had to reach them via lesson. , etc. It was created on the model of the temple and the sermon, the experience that came from the teachers and, moreover, its trainers, and stabilized because it also anticipated the industrial workshop and the bureaucratic office, the future for most of the students. But today it is an anachronism.

Ten years of schooling at least

An anachronism because that shortage no longer exists: 100% of the population enjoys or suffers, according to ten years of schooling, almost the same percentage accumulates another three or more years before and two or more later, and four out of ten Spaniards accede already to higher studies.

The other side of this progress is a growing dissatisfaction in society, with the passage of time, and among the students, with the years of the desk. Information is no longer scarce but, on the contrary, superabundant, and knowledge itself, especially school, is available, equal and better, a couple of clicks.

Even the teachers’ formators do not come from the ecclesiastical ranks anymore, nor do they wait for the students the routine work of the industrial and bureaucratic revolutions.

But there the classroom continues, dying of success or killing of failure, unscathed by the passage of time, as what technology scholars like Latourcall a black box (a mechanism that nobody thinks about anymore because it works or because it worked, although no longer do it) or as what linguists like Hockett call deep grammar (which every language speaker uses without knowing it). 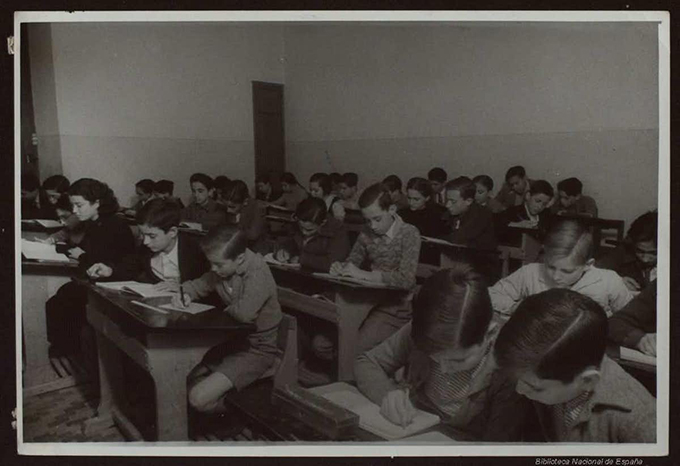 In recent years we have witnessed a succession of alternatives to school: homeschooling , p2p , edupunk , DIY , MOOCs , which recall old unfulfilled prophecies about the substitution of the teacher for the cinema (Edison), the radio (Darrow), the television (Clark), laptops (Negroponte), etc.

It has not happened nor seems likely to be so, but we are witnessing a progressive and significant, although still very minor, reconfiguration of the materiality of learning, in particular of school spaces and the forms of organization established in them.

Although the variety is wide, many of these initiatives converge in breaking the old equation that associates a teacher with a group, a classroom and, from high school, a subject and an hour, to go to wider and more flexible times and spaces , variable and reconfigurable, in more numerous groups, with two or more teachers and extensive use of digital technology.

With different names and variants is what is already promoted by international organizations such as the OECD ( Innovative Learning Environments and European Schoolnet ( Future Classroom Lab ), professional organizations such as the A4LE ( Association for Learning Environments ), government policies such as New Zealand or Australia , research groups such as LEaRN or ILETC , school networks such as Teach2One , consortiums of technology companies such as Reinvent the Classroom , architectural studies such as Fielding-Nair International , furniture manufacturers such as Steelcaseor Mirplay . In Spain we can already see it in initiatives such as Horitzó 2020 , to mention only the most well-known.

In the university it is opened with programs like TEAL (MIT), Scale-Up(North Carolina State University), Active Learning Classrooms(University of Minnesota) or Teaching and Learning Spaces (McGill University), among others, and, in Spain, with the HiperAula.ucm of the Complutense University and various private initiatives ( URL , UCJC ).

I call these innovative environments “hyperaulae” because they meet three conditions:

Collaborative teaching in the field

A secondary aspect that differentiates the “hyperaula” from a simple classroom with mobile furniture (essential redundancy in an institution plagued with heavy furniture or bolted to the floor) is the presence of two or more teachers, that is, the codocencia.

This small change has unsuspected implications, among which a greater ability to meet the diversity of students, the complementarity of professional qualifications, the personal tranquility of not having to answer everything at once, the security provided by a contrast of criteria or a second opinion, a suitable context for the initiation of the novels, a greater degree of transparency in the exercise of the function, the continuity of projects and practices over personal vicissitudes, a better professional development supported by tacit knowledge and the shared practice, an exemplary image of collaboration before and for the students and, surely, a reduction of the collective neurosis around the ratios.

Is this new organization of the spaces useful or is it a simple fashion? In the path of innovation, there will never be a lack of mirages, false steps or mistakes, but two things must be said first of all:

The first is that there has never been any data or proof that showed the efficiency or efficiency of the classroom as we know it today, the “classroom-egg”, compared to other forms of organization. In fact, this type of organization, in its new day, baptized then as a simultaneous teaching and introduced by the Jesuit, Moravian, Piarist and Lasallean monks, never proved to be more effective than the unitary school (the small rural school, with its mixture of ages and levels) or more efficient than mutual teaching (Lancasterian or monitorial, with a teacher in charge of hundreds of students, who relied on the older or more advanced as monitors).

The reality is that it was imposed, despite its worst performance, by its disciplinary vocation and, of course, by the weight of its defenders, to which its functionality should be added in the gestation of the teaching profession.

But today the universalization of education demands the recognition of diversity (different capacities, development rhythms, multiple intelligences, individual preferences), the digital environment offers richer and more interactive learning resources and demonstrates the possibilities of collaborative learning among equals , and the neurosciences call attention to the hiatus between teaching and learning.

It will take us to have full certainty, if it ever comes, but let’s not forget that inertias are not either. Think, above all, that the amount of evidence in favor of the traditional design of the classroom, the “classroom-egg”, is exactly the joy: zero.

The need for a solvent pedagogy< /span>

Of course spaces and equipment, by themselves, are nothing if not at the service of new pedagogies, in any case of solvent and consistent pedagogies. A reconfigurable environment implies that the teacher can, and should, act as a designer of contexts, experiences, activities and learning trajectories – a design that neither becomes alone nor arises spontaneously from the physical environment -, no longer as a transmitter of information or as guardian of order.

Of course, it is a challenge, full of uncertainty and risks, but also the dream opportunity of every responsible and committed educator. The criticism and alternatives to the “classroom-egg” come from afar (Port-Royal, Montessori, Giner and Cossío …), but the opportunities were never today.

Information is available everywhere, technology offers enormously more interactive resources, peer learning is ubiquitous outside and around school, we have had to accept that our lives change in all areas and the faculty themselves know that Nothing, or little, will remain the same.

Let us trust or, better, let us work so that, when our anonymous monk or Van Winkle awakes from his long lethargy, the school institution has already done it.

Author Bio: Mariano Fernández Enguita is a Professor of Sociology at the Complutense University of Madrid