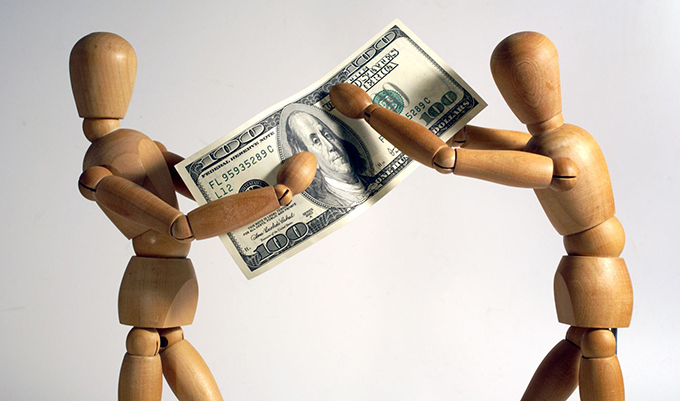 Last time I was a bit hard on Trump, so I figure this time to give him a break.

So much of our news media is deranged these days. It takes real effort to pick out information from the propaganda, and a recent article from Ctrl-Left hate site The Nation, a “weekly journal of progressive news” that’s been around for ages, highlights the problem:

For Profit Colleges Are Dodging Regulations By Becoming…’Nonprofits’?

Under Trump, the scam-college industry is getting a second wind.

I’ve been saying the for-profits have been disguising themselves as non-profits for years (here’s a post from before the 2016 election where I said it, on the college debt list of shame). NYU is the most famous “non-profit” school which really puts the screws to students in the name of profits, but…this isn’t a Trump thing, as NYU was founded in 1831.

Now, just because the site falsely tries to put the blame on this “new” trend on Trump, doesn’t mean it’s not a trend (although a trend identified by me years ago…seriously, mainstream media sucks).

Goodness, the hatred guiding the author is palpable, but before getting to what little the article has to say, I want to use the above to inform. Yes, Trump was involved in a dubious “school,” though it wasn’t an educational institution. The profits–if any, he shut it down fast like smart businessmen do with losing propositions–from it pale next to the massive sums “acquired” by the likes of Sanders and Clinton in their own involvement in schools…schools that are actual universities, screwing kids forever in exchange for student loan money. I covered this hierarchy of fraud before, of course. It’s curious how the author neglected to mention this detail. Oh yeah, that’s right: when you’ve a narrative to push, you can’t divulge anything to contradict it. It’s the big problem with our news today, you have to go somewhere else to get the full story.

Similarly, “faux philanthropy” is a strange thing to say, unrelated to the subject of the article. But seeing as it was brought up, does the author truly not know about the immense fraud of The Clinton Foundation? Maybe she could go to another site and learn about it.

Anyway, let’s get to the piece:

…his administration is taking a lax approach to regulating the college business…as the disgraced for-profit education industry revives itself.

I do wish she could have backed up this claim, as the most recent data sure indicates the for-profit education industry is taking a relentless beating, and is in no way reviving itself. Much as other Ctrl-Left articles talk about “rising hate crimes” even when nobody can see any at all, there seems to be an agenda being pushed, one that cannot respond to facts.

As far as lax regulations, sure, Trump hasn’t done much. But neither have the last five or more presidents. Again, here’s a piece from 2014 where the Feds knew a school was a fraud, well before the Trump presidency, and the Feds still gave the school well over a billion in student loan money, in a single year, because the regulations allowed even a fraudulent school, if accredited, to get student loan money. Total student loan debt goes up around 100,000,000,000 a year, and has been for years, because there hasn’t been a way to stop the fraud. And then there’s the long-running Pell Grant scam, 20 years or more, where nomadic students go from campus to campus in the same state getting the SAME grant (and taking the same courses, likely), because there’s not enough regulation to even keep student names on record so they can’t get the same “free money” multiple times.

It’s a real shame the derangement of the site re: Trump gets so much in the way of addressing the very real problems we’ve had in our higher education system for years, if not decades.

So “these creatures seem to be multiplying.”

Finally the article gets around to talking about what a non-profit school is supposed to be, and cites the benefits of such a school, assuming it’s run by an administration with integrity. That assumption is a big problem. Sadly, these schools have been systematically plundered (here’s such a school from 2014, getting looted due to the lack of regulations. Because of Trump, being elected 2 years after the looting, you see…), our system is just too vulnerable to having a Poo-Bah come in, and granting him too much power to enhance his bank account and real estate holdings at the expense of the school (cf, Mrs. Sanders, you didn’t think he got the money for those multiple houses from speeches, did you?).

And what solution is proposed to this “rising” problem of scammy non-profit schools?

As is typical of the Ctrl-Left, “more government control” is proposed. Thing is, government had control, and ceded it to accreditation…which in turn became controlled by the very institutions which were to be controlled. This process is called “regulatory capture,” and while higher ed is hardly alone for this type of corruption…you don’t respond to regulatory capture by adding more regulations. Not rationally, anyway, although one doesn’t expect rational thought from the Ctrl-Left.

The simple solution, as always, would be to end the student loan scam. Without the massive profits, the for-profit schools would die, and the fake “non-profit” schools would die as well. Of course, a solution that doesn’t involve “free stuff” from the government (in this case, a free set of regulatory controls created by volunteers with experience in higher ed, and doubtless enforced by an army of free volunteers until the end of time) cannot possibly be suggested by a Ctrl-Left site. This is really the big problem with our media, they so blatantly fail to discuss things in detail, or consider anything outside the statist point of view.

Sadly but predictably, the article both begins and ends in mindless misleading hate:

Gee whiz, really? The guy had a big TV show, if memory serves, and I seem to vaguely recall he had some real estate and casino interests as well. Far more likely, he was hoping his reputation would drive sales at Trump University. I imagine most people don’t recall his “real estate university,” an unaccredited nonacademic business which never took a nickel of federal student loan scam money (and thus has nothing to do with the topic of the article), and certainly didn’t hurt nearly as many kids as, well, other politicians (double meaning intended here) who involved themselves in schools.

Anyway, there’s still a tiny piece of truth in the article, despite the author’s derangements: don’t assume that just because the school is “non-profit” that it’s not out to extract every last dollar it can from the students.

Tags: not for profits