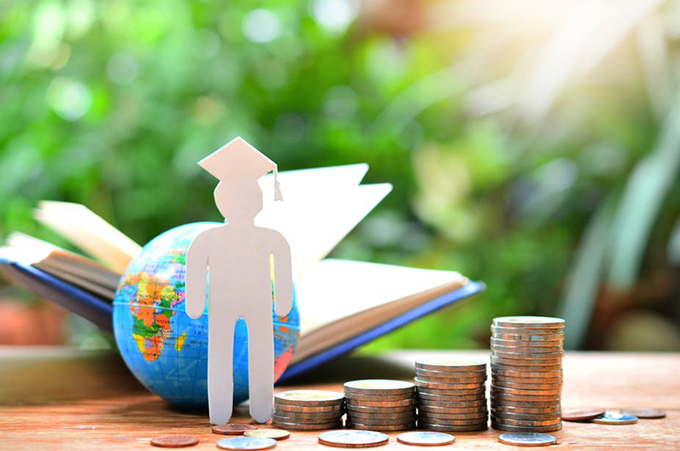 The precarious situation of many students is very often analyzed in light of their resources . But reading their expenses is equally instructive. First and foremost is the rise in tuition fees. An evolution too often advanced as technical and accounting, when it is actually fundamentally political …

Increasing tuition fees at the university, often presented as “politically and socially sensitive , “ is in fact a hypothesis that has long since migrated from the troubled waters of societal debate to the placid expanses of political consensus. In the summer of 2011, Terra Nova and the Institute of the Enterprise , two think tanks which we will admit that they do not have the same ideological posture, already pleaded almost simultaneously for an increase of these rights.

This is not surprising. The use of users seems to have become the preferred solution for keeping certain public services afloat, even though tax compliance shows worrying limits.

This is the case for this same public service of higher education in other countries, such as the United States: in their work on the “fourth revolution” , John Mickelthwait and Adrian Wooldridge note that students of California states had seen their contribution to funding their institutions go from 12% in 1990 to almost half today. This is also the case in France in several other sectors, such as for cultural organizations in the state for example.

Increasing the contribution of users to ensure the financial balance of a service, however, is not obvious. Schematically, this can only be defended in three circumstances:

So we do not change the funding structure of a service without the nature of the service itself, whether it is the public it attracts or its influence for the community. What about public service higher education?

An increase in tuition fees could be considered in the context of a drop in taxpayers among registrants. It is an assumption that we will discard. Of course, in the last quarter of a century, there has been an increase in the share of foreign students in tertiary education, but the developments we have seen do not seem to be enough to motivate a shift from tax funding to financing. by registration fees.

The increase could also be considered in the context of a decline in the public concerned. Again, this is an assumption that one might be tempted to dismiss, since it is actually the opposite trend that is at work: in 2015, 49% of women and 41% of men with 25 and 34 years were graduates of higher education, compared with only 39% of women and 27% of men born two decades earlier.

Note that this enlargement of the student world must however be nuanced. The increase in enrollment should not mask their qualitative evolution: higher education would not have been so open to all classes of the population, it would have only extended to the middle classes, while continuing to benefit only marginally the working classes …

Finally, the increase in fees could be made if the influence of the service to the community decreased. This is the most subjective, or at least the least objective, component of our analysis grid. The public service of higher education would then be less and less considered as participating in the education of the citizens and more and more as a tool of personal insertion on the labor market.

It is a societal shift that is difficult to challenge the resonance, if only through the debate on the selection at the entrance of the masters.

Because its audience is changing only marginally, the increase in the contribution of students to the financing of higher education can be interpreted as a “downgrading” of this service. The recent decision of the Constitutional Council affirming the principle of free public higher education is almost, we may regret, a baroud d’honneur.

Can the belated assertion of such a principle withstand a liberal ideological wave that has been at work for decades? Only future checks on compliance by the regulatory authorities with the modesty and the ability to adapt to the financial capacities of students will be able to tell us.