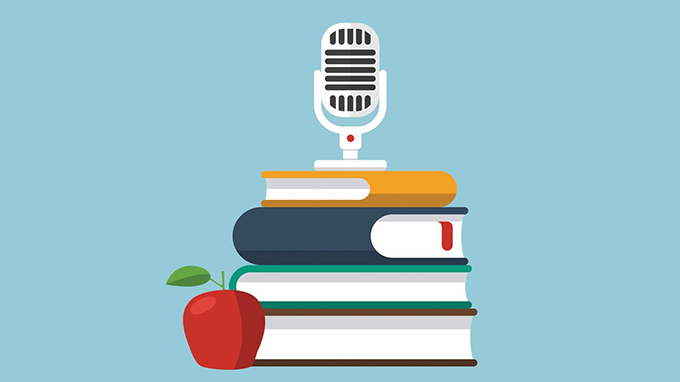 Educational innovation and teachers in search of new tools to connect with their students and help transmit knowledge and skills are a constant in the educational world, from early childhood education to university education. One of the last actors to be incorporated into the classroom as a pedagogical resource has been the podcast.

The podcast starts at the dawn of the 21st century with the union of content syndication or RSS and digital audio files , eminently in MP3 format. Syndication makes it possible to subscribe to content and for it to arrive directly on our device, without the need to go looking for updates.

The creators of this hybridization were Adam Curry, a journalist and blogger for MTV, and Dave Winer, a computer scientist who developed RSS. It was on January 11, 2001, after having implemented the enclosure tag to the XML language with which the RSS is programmed, when the syndication of sound content was released for the first time, specifically with a song by the Grateful Dead, in one of the Scripting News blog posts .

At the end of that same year, the media began to echo this technological innovation. In 2004, in an article in a British newspaper , Ben Hammersley proposed giving a name to the sound revolution that was beginning to make its way.

In his text, the journalist analyzed some examples of regular distribution of audio files on a specific topic and through blogs. Hammersley pointed to the terms audioblogging or podcasting as possible proposals . The particularity of this new trend was that it allowed the audience the possibility of listening to content anywhere and at any time. They could be downloaded onto portable digital players, such as the iPod, which Hammersley might have inspired to think of the name he gave it.

Stages in the history of the podcast

The first podcast arrives in Spain in October 2004 and is done by the journalist José Antonio Gelado. After passing through different radio stations, with the title Communicating podcast , his presenter started in podcasting dealing with issues related to technology. It was something that was completely unknown in Spain at the time and that started with some timidity in the United States. His first test was with a pilot episode, about 54 seconds long, in which he sought to verify that the content syndication with the digital audio file worked perfectly.

In the more than twenty years of existence of the podcast , we have found different turning points that define the stages through which it has gone through in its short existence. Professor Tiziano Bonini points to the year 2012 as one of the moments in which public radio emancipated some successful podcasts in the United States. The objective was to achieve greater independence when dealing with the contents. In the economic aspect, they tried to finance themselves with donations from the audience through crowdfunding platforms.

But if a period was decisive in the history of the podcast, it was the last quarter of 2014, with the emergence of Serial , by Sarah Koenig. It was a true crime podcast that experienced the fastest audience growth to date, reaching five million downloads on the Apple platform, and doubling the number of users who had listened to a podcast in the United States during the last month. Serial can be considered the podcast that transformed this distribution technology and turned it into a mass communication medium. With his arrival he contributed to a more positive and hopeful vision of the future for podcasting .

Mª Jesús Espinosa de los Monteros, director of Prisa Audio, establishes four periods through which the podcast has gone through throughout her life. The first, obviously, that of its genesis, from the beginning of the century until 2012. At this time the second phase begins, motivated by the appearance of Apple Podcast, initially integrated into the iTunes application, which came to simplify and facilitate the process of distribution and listening to podcasts, being much easier to find.

With the success of Serial , to which we have already referred, the third stage would start, in which for the first time a massive listener was achieved and aroused the interest of the audience. The fourth phase is what Espinosa de los Monteros refers to as the era of audification, which is characterized by a greater use of the voice in order to achieve a much warmer and closer communication. In this phase, the decisive commitment that large international companies make to podcasting stands out , in which podcast platforms, their audience and a high growth in terms of their production multiply. 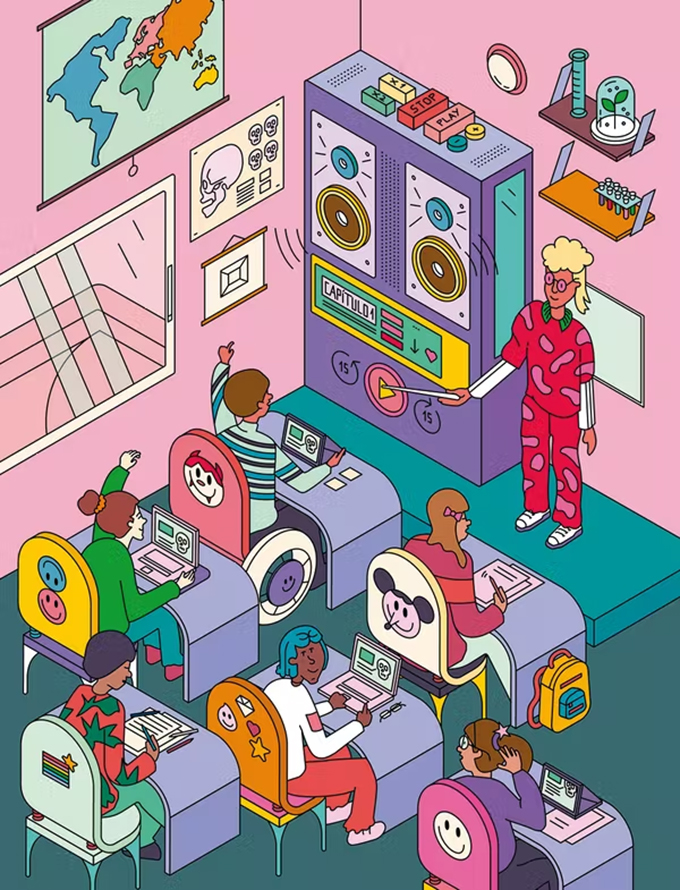 The first company that made a firm commitment to this market was Spotify, which since 2019 has been carrying out operations that demonstrate the Swedish company’s marked interest in podcasting and in notably increasing the presence of this format in the audio catalog of the platform. Some of its most notable investments have been the purchase of Anchor, a podcast creation tool, as well as Gimlet Media, a podcast production company, or the acquisition of Parcast, an American podcast distribution studio. Details like these, or the organization of various social events throughout different European countries, are some clues that its goal is to become the Netflix of audio.

Creative spirit in the classroom

If we observe the use of this technology in the classroom, we must point out that in the educational field we find different ways of naming podcasts, as well as different typologies, depending on their purpose, their characteristics and who produces them.

There are numerous examples of how to implement the educational podcast at any of the educational levels. Its contents can acquire a radio tone, addressing a particular theme; a previously prepared news locution about something that has happened; interviews through which to provide more information about the educational community; practical exhibitions or activities that have been carried out by the students; personal or group reflections on topics of interest; discussions; ethnographic works; practical activities about a language; surveys; personal memory narratives; book reviews; biographies of relevant characters, among others.

The introduction of a sound resource such as the podcast in the subjects encourages the creative spirit throughout the academic year. Among the positive aspects that different initiatives have detected, they highlight that it facilitates an environment of narrative continuity; humanizes the relationship between the user and technology; favors attention and motivates action; develops identification and participation processes; it reinforces the interaction and, finally, it can be used to highlight and personalize the instruction.

In addition, students obtain a series of advantages with its use. Some of these advantages are the involvement in student learning and in their personal work; self-management of time and planning of student tasks; learning guided by teachers, offering instructions throughout the process; a continuity in the study, through the habit of listening to this type of podcast; an improvement in the understanding of the theoretical contents or a reduction in the student’s concern when preparing a test or exam for a subject.

The term prosumer, referred to by Alvin Toffler (1980), identifies very well the type of student that fills classrooms today. Their role has changed, being able to go from being a simple passive consumer to assuming a dynamic role.

In the Higher Polytechnic School of Gandía, of the Polytechnic University of Valencia, an innovation and educational improvement project has been implemented in the Audiovisual Communication degree in recent years based on the generation of educational podcasts by the students and under the supervision of the responsible teacher. With the main objective of favoring the development of specific skills, as well as transversal skills, it has been possible to increase the involvement of students in the teaching and learning process through the use of the podcast and a repository of theoretical materials has been generated in audio of the subjects that is now available on the web .

In short, the podcast as a pedagogical resource can be highly relevant in the current post-Covid context. Technology has made communication much more accessible and participatory, fostering interaction between teacher and students and favoring the distribution of theoretical content in new, more interactive and attractive formats. To this is added the strong change in the educational model that has occurred after the pandemic and that has meant implementing distance or blended training that has not been ruled out that it has come to stay. All this encourages the use of this resource in teaching, at any of its levels.

We must think of the educational podcast as a good educational complement, whose objective is to guide students in their studies, which can even be produced by them, with a short format and involving students as content generators. We can only wish, in the classroom and outside of it, long life to the podcast!

Author Bios: Raul Terol Bolinches is Professor of radio and digital audio,Ariadna Fernandez Planells is Professor at the Department of Audiovisual Communication, Documentation and History of Art and Nadia Alonso Lopez is Professor and researcher all at the Polytechnic University of Valencia