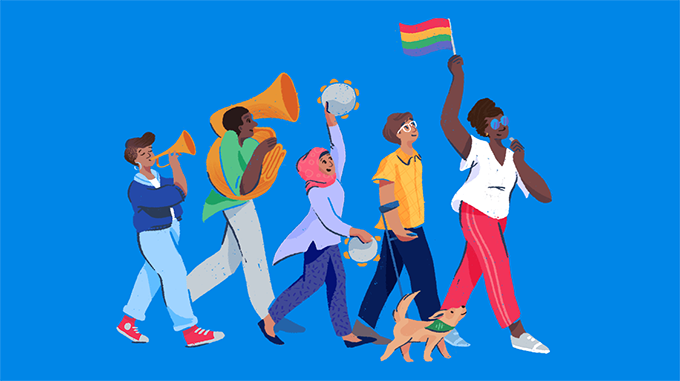 The ideological takeover of our campuses has been devastating to our education. Departments like mathematics and science focusing on academics have been de-emphasized, while politically themed departments like Education and African Studies. This is simply a consequence of the political environment. Any person attempting to curtail the growth of, say, African Studies is labeled RACIST; there are only finite resources available, and so other departments pay the price.

How did the takeover happen? It happened at the hiring. It used to be done with winks and nods, but bottom line you couldn’t get hired unless it was clear you were “with the program,” a full supporter of ideology. Those of us in the ever-marginalized departments have mostly been silent, fearing the label, but with so little left lose, some are finally speaking out:

Mathematician comes out against mandatory diversity statements, while others say they continue to be valuable — with some caveats.

Now that the takeover is nearly complete, hiring is no longer done with a wink and a nod, they’re starting to put in writing that only fellow ideologues are eligible for the position. Part of this is an applicant must swear fealty to a “diversity statement,” and also show they’ve done work supporting the cause.

This is something of a problem for those of us in the academic fields. Mathematics, for example, has no theorems relating to skin color, and mathematicians tend to be far ore devoted to learning new things than supporting the cause of Social Justice.

Because actual mathematicians (and scientists) are now basically “un-hirable” in this system, it has allowed the education degree to become something of a joker, and we have Math Education and Engineering Education people taking over the positions formerly held by mathematicians and engineers. But I digrees.

So what’s the mathematician’s complaint here?

“Faculty at universities across the country are facing an echo of the loyalty oath, a mandatory ‘Diversity Statement’ for job applicants.”

Much like the reviled (although in retrospect, perhaps unjustifiably) anti-communist oaths of the 50’s, now faculty are being forced to swear loyalty to the latest ideology. An ideology not that much different than communism, but I digress.

What was that about teeth?

Nearly all University of California campuses require that job applicants submit a “contributions to diversity” statement as a part of their application, and campuses evaluate such statements using rubrics, “a detailed scoring system.” She doesn’t name names, but says that “several UC programs have used these diversity statements to screen out candidates early in the search process.”

Like I said, it’s becoming ever more out in the open. Mathematicians are no longer expected to, you know, study math, they’re expected to attend rallies, be parts of parades, to do the things which political parties like, but are of no importance to academics.

In private comments to Inside Higher Ed, some of her colleagues in math praised her position.

Private comments, indeed. Because of those teeth, there’s a powerful culture of fear in higher education.

Bruce Gilley, a professor of political science at Portland State University whose course on conservative political thought was denied permanent status last year — in part because it didn’t meet what he described as the university’s narrow diversity requirement for courses — said he agreed with Thompson, as well.

The ideology doesn’t stop at the hiring process, the coursework is likewise judged solely by how well it helps the party. Thus the great legitimacy to the claim that much of college is indoctrination, and we have mathematics courses on why Hillary is great, while courses giving an opposing point of view are shut down.

Some fields are more diverse than others. Math historically isn’t one of them. But some departments and institutions are working to change that. Lafayette College’s math department, for instance, has long worked to promote an inclusive culture based on the understanding that math is a gateway to many other fields in the sciences, technology and engineering.

Chawne Kimber, chair of math at the college, …

You know, if there was less hypocrisy in our system, we’d ask questions why math department heads tend to be female…but I digress again.

The math department is currently looking for a statistician, and its directions for applicants say candidates “should address in their applications how their teaching, scholarship, and/or service will support Lafayette’s commitment to diversity and inclusion as articulated in the college’s diversity statement.”

The bias here is on multiple levels. Not only is there inherent bias in having the diversity statement, the gentle reader can be certain that “diverse” applicants will have an inherent advantage in getting this position (and “diverse” in no way means Asian, and to a considerable extent won’t mean straight males, either…).

While universities across the country are forcing people into swearing these new loyalty oaths, the comments section is uniformly against it. We probably should ask questions why the universities are engaging in behavior that the people supporting them do not want (hey, that’s a strong indication of a communist system).

Replace diversity and inclusion with a requirement for applicants to demonstrate a personal, growing Christian faith…

The above is exactly the point, as far as I’m concerned. If I were applying to an explicitly Christan/Jesuit/Catholic/Fundamentalist school, I would be completely fine with being asked about my religious beliefs, and with the school only hiring based on those beliefs. Those schools were built and paid for by believers, and I can respect they might only want to support believers…even as I’d hope they’d favor academics in their education.

Progressivism (or “Leftism”) is basically a religion, and schools built and paid for by Progressives might have a point in mandating their faculty to share that ideology. Bottom line, however, much of our higher education system is supported by the taxpaying people of the United States, who very clearly do not all share this belief system, and, truth be told, appear to me to becoming virulently against it.

Enough so that even the mathematicians are starting to tell the schools to knock it off already. I doubt they’ll listen, however.

Naturally, for speaking out against “the narrative,” the mathematician has been attacked. An online petition has been set up in her defense, but considering how these ideologues ignore multi-million dollar lawsuits, I doubt the petition will do much good.

In other news, I hear Trump was impeached lately. Here’s the mathematical relationship of the relevance of Trump’s impeachment to other noteworhty “awards”:

Students of calculus should note the Squeeze Theorem, as well as the value of Obama’s and Greta’s awards meaning nothing, to get a more precise estimate of Trump’s impeachment.

In more other news, after sitting on the results for nearly 2 weeks, the Keystone Cops Cancer Center elected to let me know the last treatment failed. So, back to the drawing board; I don’t know what they’re try next, but I’m sure it’ll be painful for me and be very profitable for them.