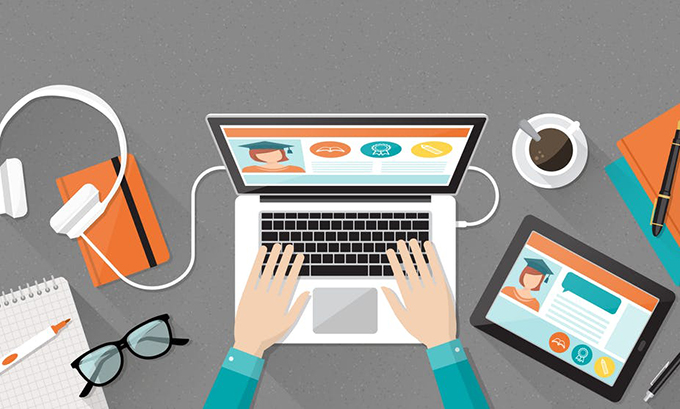 Allowing anyone who wishes to attend the courses of the most prestigious universities, without prior diploma and from all over the world, this is the attractive prospect opened up by the rise of massive open online courses (MOOC) in From 2012. To support the institutions in the design of these online programs, the Ministry of Higher Education launched in 2013 its own online platform, France Digital University (FUN). Praise shone on this democratization of knowledge and schools and universities were looking at these new opportunities for radiation.

A few years later, it is clear that enthusiasm has subsided. “MOOCs do pschitt? ” Le Mondeheadline in October 2017, while France Culture orchestrated a debate around the question for the autumn: ” Who knocked out the MOOCs? “ . What is it really? Have the MOOCs really failed to keep their promises? Probably, and here are some explanations based on several years of research.

A gain of quality in video

First, let’s take a quick look at the situation. Certainly, the media hubbub has faded, the opposite would have been surprising. But in France, MOOCs continue to be disseminated and to garner registrations. However, if one is a little looking, the supply has reduced to a trickle . The American platforms that dominated the world scene have largely given up the free, at most we can find the videos of the courses without paying, looking a little. The original model of the MOOC, combining videos, activities and free certificates, is moribund. He still lives a little in France, but will eventually disappear.

Caricature a little, if we reason internationally, we are pretty much back in the era of “Open Coursewares”, these videos of free courses, even as the MOOCs were promising, at the beyond simple open access resources, to offer constructed educational scenarios. In question: the difficulty of implementing a viable economic model. That said, the videos broadcast in the MOOCs are generally designed for the Web, instead of just filmed lectures. This has diversified the offer and quality, but we can not talk about revolution.

And what about the situation of higher education? It is not uncommon to see MOOC recognized in this or that academic course, in this or that doctoral school. Progress has been made, however, for lack of quantitative research on the issue, no one has any idea of ​​the scale of the phenomenon. It is likely that things have not progressed as much as might have been hoped for, and at least two reasons can be identified.

A lack of strategy

First of all, there was a lack of strategic thinking on the issues of hybridization of MOOCs with academic curricula. It was time for communication. It was not to miss the boat and participate in the world raout, it was time for “innovation”, it was time to get their hands on teaching with digital. Rethinking curricula, pooling an offer to rationalize investment? This concern, which should have been essential, has taken a back seat.

This is unfortunate, because we were in the middle phase of consolidation of higher education institutions, within what was called the COMUE , or communities of institutions. This meant that we could more easily reach a critical mass to legitimize to invest in the digitization of the courses common to the different courses, provided that they are not too obsolete – to make a MOOC programming on the environments of Apple’s development is risky if they move every six months.

One could have thought at the scale of the consortium at least, failing to think nationally or internationally. Well no. Communication projects have been favored to engage the general public. This is not a bad thing in itself but it is not surprising that higher education has not been transformed in depth.

Secondly, we stayed in a synchronous training logic, with a start date and an end date, and low visibility on the sustainability of projects. Difficult under these conditions, for the academic team of an academic training, to plan anything. The only way to prevent a possible cancellation, and to have control over these logistical details, is to be the author of the course. Some institutions have hybridized their own MOOCs and pooled resources between curricula. Nevertheless, few have integrated the MOOCs of other institutions, probably also for the reasons mentioned above.

It’s a shame, especially since most MOOCs are just videos with quizzes, and it would not have cost much to keep them permanently accessible. The argument that you have to be on the forums to answer questions – and you can not do that all year long – is weak. So what, we sabotaged MOOC movement for the few Internet users who are fighting duels on the forums?

It would have been easy to make follow-up certificates issued automatically when all exercises were done. The proposed activities would not have been very exciting, but since this was already the case anyway, at least we could have better value the investments made. As it was complicated to organize a session where the whole team is present, most people ended up demobilizing. Only a few activists remain from the beginning to continue organizing two sessions a year. But until when ?

In sum, the situation is not glorious, and I think the lack of a long-term vision and the desire to preserve the status quo are important. Too much daring – it was who would have the biggest MOOC – and not enough thought about what could be changed in our higher education. It was wrongly thought that we were dealing with a technological revolution, which was a potential organizational revolution that would have rationalized the production of educational resources and the development of curricula.

Author Bio: Matthieu Cisel is a Postdoctoral fellow in Education Sciences at the Center for Interdisciplinary Research (CRI)