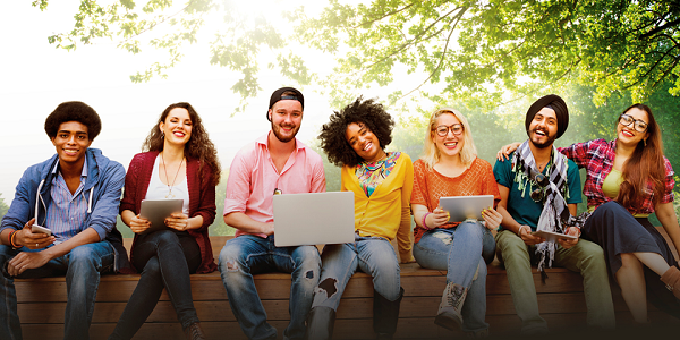 That’s a state school, folks, and you need to understand this guy is supported by a massive staff of vice-presidents and whatnot, each making sums of money that I can never hope to make as faculty In higher ed. No, I’m not asking for more money, but I must point that I actually teach students, actually write and publish1…I advance the university’s mission of education and research at least a tiny, tiny, increment.

I know, this is just a blog, and even a large family of anecdotes still doesn’t qualify as a real study in any legitimate science. Is anyone studying to see if there’s an actual benefit to having these wildly overpaid hustlers on campus?

The Impact of Chief Diversity Officers on Diverse Faculty Hiring

The above study is from the National Bureau of Economic Research. They defined “benefit” in a way a normal person would consider questionable: the Diversity Officers are supposed to be increasing “Diverse” faculty hiring, that is to say the hiring of anyone but white males. That’s a questionable benefit if ever there was one, but let’s go with the flow here.

Again, I’ve highlighted several overt cases where the hiring was obviously racist. I use the adjective “overt” because many campuses have had unwritten racist and sexist hiring policies for a very long time, but now we even see explicit political leaning policies in hiring as well, even in mathematics.

So, before moving on to the results of the study, I really want to point it out clearly: Diversity Officers are fundamentally racist job positions, every bit of an abomination to higher ed as mandating every campus must have an anointed Grand Dragon of the Ku Klux Klan.

And the guy at the top of each diversity fiefdom is paid around $400,000 a year with our tax dollars.

So what were the results of the study?

“We are unable to find significant statistical evidence that preexisting growth in diversity for underrepresented racial/ethnic minority groups is affected by the hiring of an executive level diversity officer,” write the study’s authors

Now, “science” has a real problem right now in that many of our research studies cannot be replicated. Perhaps I’ll go into great detail on why this happened, but for now, the basic idea is it’s very simple to manipulate data statistically to get whatever result you want, because there aren’t official rules as to what manipulation is allowed. When you get a benefit for a study with a result, and a penalty for a study with no result, and get to decide if you want a result or not…you better believe “scientists” will get studies with results.

The above study, however, is a “no result” study, they’re saying they could find no evidence of any of the supposed benefit to having Diversity Officers on campus (I should point out that these huge boondoggles are a big feature of public schools, but far less so of private schools—especially for-profits, who, while scammy, aren’t about to waste their money on these useless demagogues).

Diversity fiefdoms employ dozens of race-baiters, with multi-million dollar budgets…the kind of budgets that could fully pay the tuition of hundreds of students a year, every year.

It’s not just a waste of money and squandered opportunity to save kids from a lifetime of student loan debt, of course, since often Diversity Officers promote race riots and other events which are very detrimental to the school (Hi Mizzou, though you’re certainly not alone!).

Now, some might think this study is politically biased, and that these researchers simply had an axe to grind. I think not. Consider this quote:

“Although important progress has been made in increasing faculty and administrator diversity from 2001 to 2016, we believe more work must be done to better understand barriers to increased diversity, and how they might be best addressed.”

So, the researchers believe that “more work” must be done to increase diversity, and believe there are “barriers” that are not already well understood (eg, “different people are different” is still a confusing concept to them). Seeing as the researchers are drinking the proverbial Cool-Aid regarding diversity as a fundamental benefit, I’m inclined to believe they found no result because…there’s no result.

I hope someday they start asking other questions like “why is diversity necessarily a benefit to higher education to the point that we need to deny education to hundreds of kids to pay for Diversity Officers?”…I won’t be holding my breath even though this strikes me as a supreme question for an educational facility to ask.

I also won’t be expecting a single state school to look at this study and go “hmm, maybe we don’t need quite so many of these guys on campus.” After all, every dollar spent on faculty is a dollar that won’t go into administrative pay, and the more admin you have, the more you can pay them—it’s win-win when you hire diversity officers over faculty.

Except for the students, of course, as every diversity officer hired is a loss for students. No worries, since all those diversity officers are paid for by student loans, which most students consider free money, at least until they leave campus and those first payments come due.

Gee, I wonder if we’d stop wasting money on Diversity Kommissars if there was no student loan money paying for them? Can’t wait to see the study on that idea…

1. Technically I should use the past tense here, but if I get quite lucky I might still teach again. Maybe.