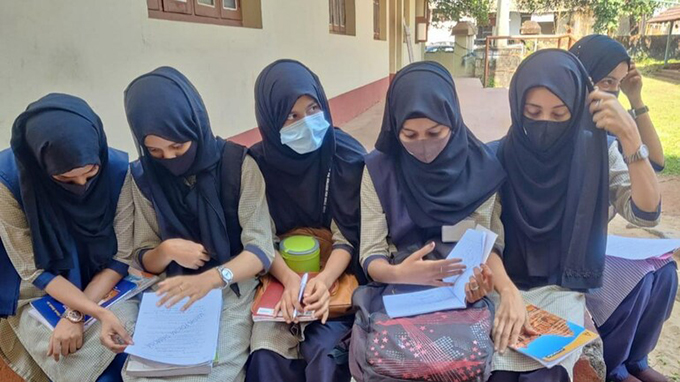 The public was excited again after the news about a public school teacher who allegedly forced Muslim students in Yogyakarta to wear the hijab without their will – even to the point of making the student depressed .

Last week, Sri Sultan Hamengkubuwono X as the Governor of DIY disabled the principal and three teachers involved in the incident.

Human Rights Watch’s 2021 report shows that since 1990, there have been a growing number of national and local regulations governing Islamic dress standards for women in educational institutions – whether for students, teachers, or lecturers.

Various parties including Komnas Perempuan have criticized that the standard dress code for Muslim students tends to be gender biased and misogynistic.

However, we cannot deny that the standard of Islamic dress is often regarded as a symbol of social piety and morality .

Political contestation in Indonesia, especially Islamic politics, has a big role in shaping the hijab uniform policy in schools, including shaping the social context that encourages the implementation of these policies.

One example that illustrates the influence of political contestation on the hijab uniform is the implementation of the Regulation of the Minister of Education and Culture (Permendikbud) Number 45 of 2014 . This regulation currently regulates the uniforms of elementary and middle school students (SD to SMA) nationally.

Article 1 paragraph 4 of the Permendikbud explains:
Muslim women’s uniforms are uniforms worn by Muslim students because of their personal beliefs according to the type, model, and color that have been determined in the teaching and learning process for all types of school uniforms.
When we read it at a glance, there seems to be no problem – there is no compulsion for Muslim students to dress in the ‘typical Muslimah’ uniform.

In fact, the political context of the birth of the headscarf article in the Permendikbud is to prevent discrimination against Muslim students who wear headscarves in public schools located in minority areas such as Bali.

The Minister of Education and Culture at the time, Muhammad Nuh, also said that this regulation was made to guarantee the freedom of dress for Muslim students . This Permendikbud seeks to provide opportunities for Muslim students to express their religion without coercion if they want or don’t want to wear Islamic clothing.

However, according to reports by Komnas Perempuan and Human Rights Watch in recent years, schools have understood these regulations differently. Schools often see this rule as legitimizing to require Muslim students who do not wear the hijab.

Referring to the Permendikbud, the uniformity of school attire for students is aimed at “strengthening national identity”. Another goal is to internalize the character of students’ discipline and obedience to the state.

The spirit above then provides space for schools to detail rules and regulations that are adapted to the regional context – and automatically the political contestation that is currently dominant.

The strong  view in various regions that Islamic dress is a standard of morality has increasingly triggered many schools to encourage the wearing of headscarves among Muslim students, as we saw in Yogyakarta , or even non-Muslim students as happened in Padang in February 2021.

How did we get to this point?

The use of the headscarf as a representation of Islamic identity in Indonesian educational institutions is closely related to the dynamics of ‘revivalism’ or the revival of Islamic politics in the global, national, and local order.

From 1965 to 1985 , the New Order government’s relationship with various Muslim groups was not harmonious, coupled with suspicion of Islamic politics, had an impact on the rules for wearing the hijab in schools. The school uniform regulation in the form of SK 052/C/Kep/D.82 issued by the Director General of Primary and Secondary Education, for example, prohibits the use of headscarves in public kindergartens, elementary schools, junior high schools and senior high schools.

Students who wore headscarves at that time were suspected, intimidated by teachers and even the military, and expelled from school if they were still veiled.

This government pressure then reaped resistance and advocacy, especially from the Indonesian Ulema Council (MUI), the Indonesian Islamic Da’wah Council (DII), and Muhammadiyah.

In particular, the echo of the Iranian Revolution in 1979 which had an impact on the obligation to wear the hijab for Iranian women, became a point that inspired some Indonesian Muslim women .

The hijab at that time became a symbol of anti-Westernism, a form of resistance to fight ‘moral corruption’, as well as resistance to Western political, cultural, and economic domination. Imagin as part of the world’s Muslim community who share the same religion and values, later became the basis of the ‘jilbabization’ movement in Indonesia.

The hijabization movement in junior high, high school, and college continued to grow in the 1980s . This is inseparable from movements such as the Campus Mosque Da’wah Institute (LDMI) and PII at the Salman Mosque ITB through intensive Islamic studies forums, training for mujahid da’wah (LMD), and training for students.

On other campuses, the presence of the Muslim Brotherhood in Indonesia has inspired various Islamic political movements in campus mosques such as the Salahuddin Mosque at UGM, Raden Fatah Mosque at Brawijaya University Malang, Manarul Ilmi Mosque at ITS, Arif Rahman Hakim Mosque at UI, and the Masjid Manarul Ilmi at UI. Dzar Al-Gifari at IPB. PII also developed da’wah strategies for students in various cities through the Mujahideen Mosque in Bandung, the Al-Azhar Sunda Kelapa Mosque, the Martyrs’ Mosque in Yogyakarta, and so on.

Then, during 1991 to 1998, tensions between the New Order government and the Muslim movement began to improve. The Indonesian Muslim Intellectuals Association (ICMI), for example, is gaining space in government.

The massive movement of Islamic organizations succeeded in bridging the contestation with secular-nationalist groups (government) to accommodate the use of headscarves in public schools through SK 100/C/Kep/D 1991 on school uniforms – and even led to the strengthening of the implementation of Islamic norms.

The use of headscarves in the 1990s was increasingly widespread in schools along with the development of the Islamic spiritual movement (Rohis) in schools. The use of the hijab in this era is a symbol of the transformation of piety, rebirth (hijrah), and Muslim identity. 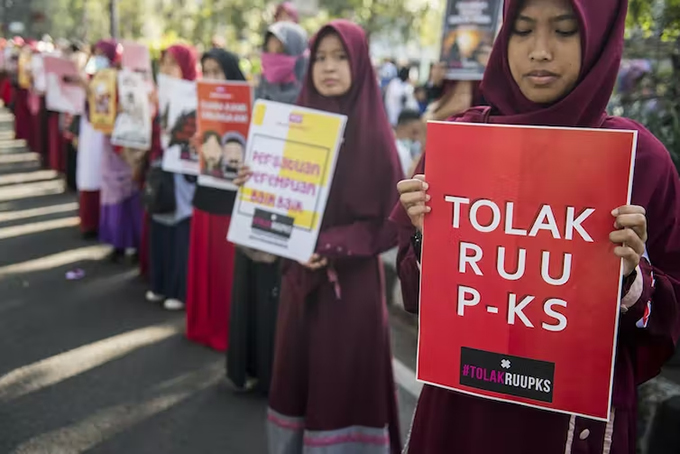 The massive movement of Islamic organizations not only succeeded in making the government accommodate the hijab in public schools during the New Order era, but also led to the strengthening of the implementation of Islamic norms. (ANTARA PHOTO/M Agung Rajasa)

Finally, entering the Reformation era in 1998, democratization gave more space to the rise of Indonesian Islamic politics and Islamic expression in the public sphere.

The meaning of the hijab in the post-reformation period in 1998 also experienced a shift. Anthropology researcher of religion, Nancy Smith-Hefner, suggests that the hijab is not only a symbol of individual interpretation of Islam , but also lifestyle, trends, and control in interacting with the opposite sex.

Two decades after the reformation until now, the interpretation of the hijab in educational institutions is still colored by contestation. This happened between conservative and fundamentalist Islamic groups, versus nationalist-pluralist groups and the mainstream Muslim group, Nahdlatul Ulama (NU).

The phenomenon of forced hijab and its resistance shows that social cohesion is starting to fade, especially due to the sharper polarization of Indonesian society after the widespread democratization and freedom of expression.

The government, pro-nationalist-pluralist civil society, schools, students, parents, and other Muslim organizations must open spaces for dialogue. The hope is that prejudices about Muslim women’s uniforms can be broken down democratically.

The world of education must be able to open access and opportunities to express the choices and interests of various groups and classes in society – including in interpreting their choice to wear the hijab or not.