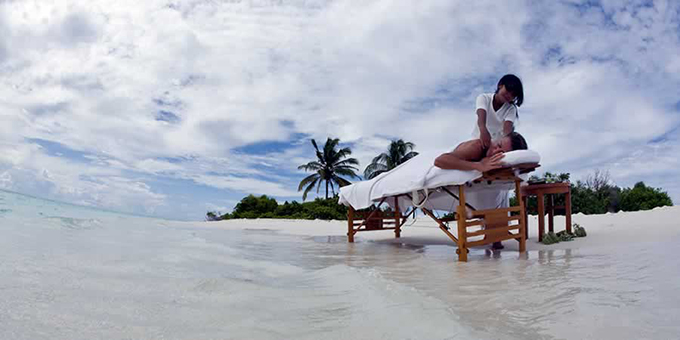 I don’t mean to harp on the fraud of community college in particular, but it seems like every week another sign of how much of a rip-off these places are gets tossed in my face. I’m starting to get picky about these frauds, because there are other issues in higher ed besides these questionable “cheap” schools that trap around half of college students…but today’s fraud really highlights how many of these places are far more about looting tax and loan dollars than education.

Maricopa County Community College District students have been hit with three tuition hikes since 2012, but that hasn’t stopped top system administrators from enjoying increasingly costly perks… –a tuition increase, every year…administrators are paid a fortune, but can’t seem to figure out how to budget.

The whole point of community college is the community, local taxpayers, have agreed to use their tax dollars to put up a “low rent” college, one that can provide at least the first two years of university-type education, cheaply. Unfortunately, these schools have a top-down structure, and are controlled by an administration that has no interest in education. The end result is education at these places is the lowest priority—you can click here if you want the run-down of how much a joke most community colleges are, academically. Today we’re going to talk about the plundering.

So, the cheap school gets more expensive every year, and “no money” perpetually cries the administration, so pathetically. Now, it takes no effort to learn that overhead costs are flat at an institution with tax-free land and other subsidies, and ever-doubling class sizes and the temp-worker wages for the professors means costs to actually “educate” the student is minimal. Much of the education is paid for by the Pell Grant scam…so why no money?

Because admin keeps taking it all, granting themselves huge salaries and increasingly ludicrous perks. How ridiculous are these perks? Let me count the ways:

When I taught an off-campus course for a community college, I had to fill out forms in quintuplicate to get a few dollars of gas money back. Meanwhile, the folks running this place, in addition to their huge salaries, get enough money to buy a new car every year. Why isn’t there rioting at this level of open plunder of the system? While the typical community college teacher is paid so little as to qualify for welfare and food bank access, the administrators are handing out free cars to each other.

Naturally, most of the money goes to the Poo Bah:

Recently retired Chancellor Rufus Glasper‘s $408,017 compensation package included at least $55,000 in special allowances in 2015. That included a $32,500 spending or discretionary allowance and a $22,400 auto allowance.

Ok, I grant that $22,400 doesn’t buy an amazing car…but if he can just restrain his greed for a year, he’ll have around $45,000 to buy a fine new car next year. Does Donald Trump buy a new car every year for his personal use? I dunno, but this is some 4-star pay for a “cheap” school system.

It isn’t just the Poo Bah who gets the loot for cars:

It is isn’t just cars. The plundering is widespread, particularly obnoxious considering the last three consecutive years of tuition raises:

At least 19 district executives were given spending allowances of $800 to $32,500 last year. Thirteen had allowances of $9,600 each, and 12 had their allowances roughly tripled since 2012…There are no restrictions on how the funds are spent.

“…other perks such as cellphone and iPad allowances, and life insurance coverage, are included.”

I don’t want to sound like a whiner, but the printer in my office? I pay for the ink. The fee for me to park on campus in a mud/gravel lot half a mile away from the math building? It’s taken directly out of my paycheck. I sure don’t get a free cellphone, iPad, or life insurance. Ok, maybe I am whining a bit, but professors get billed to pay for their workplace because we’re told there’s just no money in the system for minor education costs. Meanwhile, the administrators get around $10,000 every year to spend on anything they want (and never on education, because administrators have nothing to do with that), and get all sorts of free benefits.

I’m honestly not asking for more money…I just don’t like the bosses getting so much while telling me I’m worth so little.

It just never ends when you start looking at the rapaciousness of these guys:

Three executives used their $2,000 executive “wellness benefit allowance” for massages. Each of the three is paid at least $198,000 a year. One college president, who made at least $222,300 last year, received massages…

Across the country, community colleges are looting like this. The public is told “let’s raise your taxes so we can provide a local source of higher education.” The grim reality is the education at these places is all too often sub-high school level and the community college does nothing for the kids but waste a few years of their life.

On the other hand, the community college does a great deal for the bank accounts of the administration running the places. Time and again I’ve seen these jerks rulers of higher education give themselves awards for their “service,” read the plaques for such awards mounted on the walls of their spacious offices before scurrying back to my cubicle, wondering: ”What’s going to happen when people find out how much of a rip-off these places are?”

So far, nothing, I know, but I suspect the day will come when people won’t simply just take it. The gentle reader needs to understand that the administrators that I’ve highlighted above? They won’t serve a day in prison for their plundering, and they’ll even get golden parachutes for their years of “service” to higher education, someday.

You know, there was a time when being an administrator in higher education was a service. Seriously! Back then, it was because the administrator was actually a professor, putting in extra hours for little or no money. The student loan scam (bet you thought I wasn’t going to get back to that, eh?) allowed our institutions to grow to huge size, huge enough to justify hiring a full time administrator mercenary to handle the administrative duties.

Obviously, faculty screwed up in allowing it to get this far, because these guys are just mercenaries, raking in the loot while still crowing about their public service.

“…the benefits are in line with total compensation paid to administrators at peer institutions, which are among the country’s largest community-college systems…”

–what’s really nuts about this is as each system rips off more money, the other systems use the example of theft to justify even bigger thefts.

I don’t wonder anymore about what’s going to happen, because even though scandals like this are popping up almost every week, in almost every state…nothing is happening at all, there’s not even a movement to curtail the plundering, even a little.

But maybe if I just keep writing, it’ll make a tiny difference?