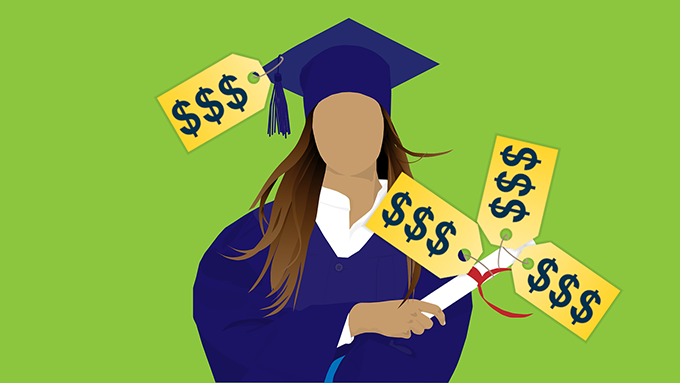 To get rid of student loan debt through bankruptcy, you must prove to the court that paying back your student loans would cause an “undue hardship.” But in our peer-reviewed study of nearly 700 student loan discharge cases spanning 1985 to 2020, we found that judges’ decisions to dismiss student loans are often influenced by personal factors, such as your gender.

To determine whether repaying the student loan debt is causing the debtor to experience an undue hardship, most courts apply three criteria outlined in a case known as “Brunner.”

Under Brunner, to prove they are experiencing an undue hardship, debtors must first demonstrate that repaying their student loans would not allow them to maintain a minimal standard of living. In other words, repaying the debt would prevent them from meeting their basic needs, including food, clothing and shelter. Second, debtors must show that additional circumstances exist that indicate their finances are unlikely to improve. These additional circumstances could include having a medical condition or caring for dependents. Third, debtors must show that they have made good-faith efforts to repay their loans. This includes efforts to make payments on the loans or attempts to consolidate their debt.

Meeting these three criteria is tough. Our data shows that about 38% of the debtors in the cases that we studied received a full or partial discharge of their student loans. But we also discovered other factors regularly come into play in the court’s decisions. Here are three factors that stood out in our research.

In student loan discharge decisions, judges regularly consider the expenses associated with a debtor’s children. Our research team found it also sometimes matters to the court whether the debtor is a single parent. Being a single parent more than doubled the chances of obtaining a discharge, but only for mothers. Single fathers did not experience any notable benefit from being a single parent. 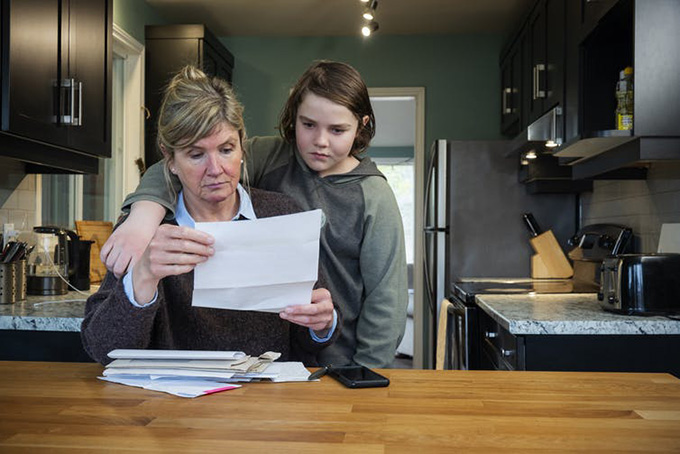 Courts are more likely to see the mother as a caregiver than they are a father. Fertnig/E+ via Getty Images

We’re not certain about why courts view single moms as more deserving of a discharge than single dads. It could have something to do with stereotypes about mothers being the “caregivers” in a family, whereas men are the “breadwinners.” A mother’s plea to help fulfill her role as a caregiver may be seen as more persuasive than a father’s plea to be relieved of his financial obligations.

2. Disclosing a medical condition helps men, but not women

When assessing a debtor’s ability to repay a debt, case law suggests that judges must consider any difficulties a person has in trying to find a decent-paying job.

Our research found that men reporting a medical condition are 93% more likely to obtain a student loan discharge than men who did not report a medical condition. We did not find this same effect for women. This gender gap is highly relevant, given that female debtors outnumbered male debtors in our analysis almost 2 to 1.

Women’s medical concerns seem to be dismissed or overlooked in multiple arenas – from courts to hospitals. Psychologists theorize this may arise from stereotypes that suggest women may dramatize medical conditions and exaggerate their pain.

3. Not having an attorney hurts your cause

In student loan bankruptcy proceedings, 33% of debtors represent themselves, often to their detriment. We found that debtors who retained an attorney improved their chances of getting their student loans discharged by at least 60%. This was true whether the debtor was male or female.

The benefit of having an attorney in court is well-supported by research. Attorneys who specialize in bankruptcy are likely to be aware of the factors upon which judges rely and can build a strong case for discharge. Without an attorney, it can be difficult to know which details to disclose and how to present them.

Getting student loan debt discharged can be difficult and emotionally draining.

If you are thinking about seeking relief from student loan debt, the following suggestions may help.

Develop a strategy that takes your gender into account: For single fathers, it might be advantageous to emphasize your “breadwinning” role, show the court that you have made efforts toward repaying the loans or have tried very hard to get a decent-paying job. For women with medical conditions, provide as much evidence as you can in the form of hospital visits, attempts to declare disability and the like.

Regardless of gender, remember that having an attorney matters: Familiarize yourself with legal aid organizations in your area, which can offer free legal services. Also, be sure to search for other free legal information that can be found on court websites and similar venues.