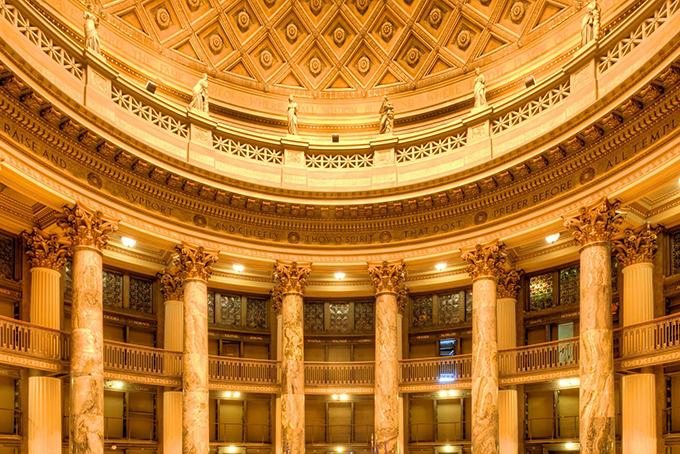 Thing is, it’s only cheap if you’re actually getting what you think you’re getting in the way of education. It doesn’t matter if tuition is only 20% of university if the coursework isn’t college level or prepare you for anything, and you’ll be wasting your precious time as well.

Late July is the time when students, seeing that university isn’t an option or looking to save a few bucks, decide to enroll in community college at nearly the last minute. If you’re one of those students, you must follow your heart in that regard, but I feel I must warn you all the same.

In the past, I discussed a community college in New York that was clearly a joke when it came to offering legitimate education. It clearly existed just to separate the ignorant from their money, grants, and student loans, and the faculty there made it clear that the coursework was not college level. That said, I granted it was a new college, and since they focused on non-college ready students. I gave them a pass for having mostly fake courses, but thought perhaps a more established community college would do better.

So, I decided to look at a college that’s been around decade or so. Unfortunately, when I looked at a community college in Louisiana, there was a big problem: at least 90% of the coursework was still at the high school level or lower (much lower, as in 3rd grade material, like adding whole numbers). Even more distressing is that only 1% of the coursework was 2nd year college material, a bit of a problem in a 2 year college more than ten years old. If all the money poured into higher education is going to make a difference, it has to bring a high school graduate to the college level in a decade…or so I think.

Again, maybe I’m still being unfair. Louisiana hardly has a stellar reputation when it comes to academia and knowledge. So, to be fair about calling community colleges a scam, I should look elsewhere.

Next up is Los Angeles, specifically Los Angeles City College. I’ve never set foot on the campus, but I’ve been to Los Angeles many times. I’m always struck by the vast disparity in wealth in this mighty city. So many people there are just barely getting by on the streets, while the big shiny buildings, mere footsteps away, seem filled with the wealthy.

Surely, a cheap community college here would be eager to help the poor people get an education to improve their lives. Would such a school load up on bogus, non college coursework, keeping students on campus long enough to fleece them out of their government supplied loans and grants?

In times past, I’d have to go on campus to see for myself. This is the modern world, it’s a simple matter to see what, exactly, is going on there, because all LACC course offerings for the Fall semester are posted online. Once again, I’ll simply look at the math classes—mathematics is key to much of modern technology. L.A. is close enough to the famed Silicon Valley area that any school even remotely interested in helping students move up would have to offer courses necessary for understanding of technology.

I emphasize: anyone willing to take a few minutes can see the fraud of these institutions by checking course offerings online. Accreditation, which supposedly legitimizes a school, never bothers to check to see if the school has much in the way of real courses, offering a real chance at education for the students.

Instead, most (all?) community colleges simply load students up on junk, or pre-high school level material, and act like the students are really getting “higher education.”

Looking at the offerings of LACC:

2 sections of “Math as a Second Language” (NDA). The numbering system for coursework at LACC is a bit different than what I’m used to, but “NDA” means “Non Degree Applicable”, i.e., a non college credit course. Community colleges have to serve their community, and L.A. has many non-English speakers. I’m going to give LACC a pass on these two courses, because I’ve seen a few non-English speakers struggle in a class taught in English. So let’s just forget about these two sections, and see when the college courses start.

Mathematics Workshop (NDA). This is a 3 hour lab that’s linked to just about every math course. Students must enroll here, and they can come to the lab, where tutors will help. It’s a good idea, although having been a part of, and administered, such workshops, I know lots of students just get the tutors to do the work. Most students don’t even bother going to the lab…but they’re still charged for it. Because most math courses have this workshop attached to it, about half the time spent in classrooms at LACC is non college credit. I have to count the labs as coursework, since students register and pay for it.

Arithmetic (NDA). This non college course is, well, arithmetic, the stuff you learned from 3rd to 5th grade, more or less. As near as I can tell, there are 18 sections (some are online, some are taught by the same instructor at the same time in two different rooms, somehow…). It’s hard to tell enrollments, but there could be a thousand students tossing their money down this rathole. People enrolling in this course are documented as having the mental capacity of an 8 year old. How can such people understand the enormity of the student loan debt they’re taking on? It really seems integrity should be a factor in this, but it doesn’t stop administration from offering 18 sections.

Pre-Algebra (NDA). This non-college course is the material most readers learned in the 6th grade. There are 16 sections of this course. Again, I find myself wondering: can someone with the mental capacity of an 11 year old really understand what it means to take on tens of thousands of dollars of debt that cannot be removed via bankruptcy?

By merely looking at the first two courses, and their huge number of sections, we have a problem. LACC has an enrollment of around 20,000 students. These classes are taught in huge lecture halls, capable of holding a couple hundred students. We’re talking thousands of students, at least 10%, perhaps 40%, are caught in this remedial education trap. Combine this with the labs, and this part of LACC is sucking up resources in a way that has nothing, nothing to do with higher education.

As an added bonus, these students are all learning material that their parents paid exorbitantly for their kids to learn in public school. Now, the kids are learning it again, and going into debt for the rest of their lives for the privilege.

I’ll grant that some students taking these courses are, well, “not gifted”, but many of them, probably most, are in those classes because there’s no challenge, and they can drift through “college.” And, of course, because they get fat checks from the government for enrolling, even in non-college coursework…these students are just scamming the taxpayer, as I’ve written about before.

If administration thought scamming was a problem, they’d probably only have a section or two, and they’d keep class sizes small, so that the students that honestly needed help to function as a 9 year old could get the help they need.

Instead, there are many sections, and class sizes are huge. Why can’t accreditation connect the dots? Oh yeah, accreditation is in on the scam.

Still, so far, this is all typical of community college. It actually gets worse, as we’ll see next time.