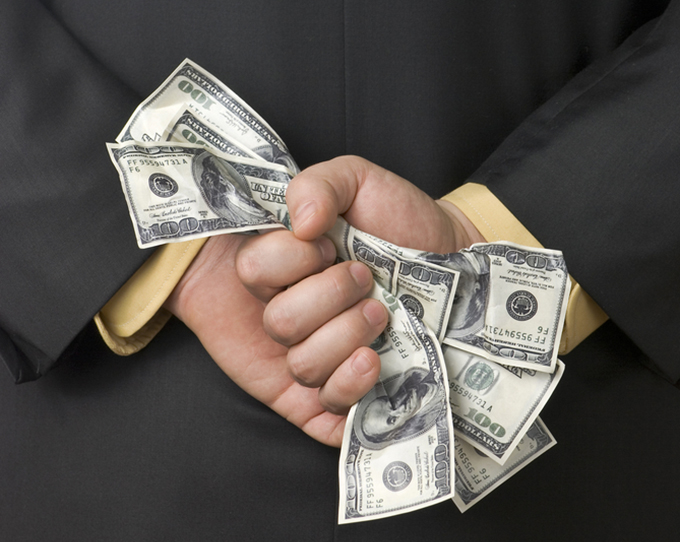 Imagine that you are a low-income student, and the college you attend does not meet the full amount of financial need that the federal government says you have. Even after receiving all of your financial aid and maxing out on federal student loans, you still owe the school $5,000 in your first year. To cover this amount, you either have to ask your parents, who earn poverty-level wages, to take out a federal PLUS loan, or you have to apply for a private loan on top of your federal loans.

But then at the last minute, a miracle: You discover that your local Rotary Club has decided to award you the $5,000 private scholarship for which you applied months ago. You’re in the clear now, right?

Unfortunately, for you, the answer is no. Instead of reducing the amount of “unmet need” you have, your college uses the private scholarship to replace the institutional aid it had planned to give you. In other words, you’re no better off than before.

This scenario isn’t far-fetched. Many colleges engage in this practice, which is known as “award displacement.” Aid administrators at these institutions defend the policy, saying they have a responsibility to direct their aid dollars to students with the greatest financial need. A low-income student who wins an outside scholarship is better off than one who hasn’t, they argue, and therefore is less deserving of institutional aid.

But this argument angers private scholarship providers and some student aid experts, who say the practice hurts low-income students whom donors are trying to help. In addition, they argue that colleges don’t always take the money and give it to another financially needy student. Instead, some institutions, they say, use these funds to award “merit” scholarships to “the best and brightest” and wealthiest students who can help them climb the U.S. News rankings and increase their revenues.

Award displacement “is deceptive, confusing and disempowering to students,” says Jan Wagner, president of Central Scholarship, a Maryland-based nonprofit that provides more than $1 million in annual scholarships and interest-free loans to financially needy students in the state to attend college and graduate school. “It can derail the plans of low-income students, and negate the wishes of donors to private scholarship organizations, who want to help students, not institutions.”

But Central Scholarship is not just complaining about the practice. It is taking action. The organization has pushed state legislators to introduce bills in both the Maryland House of Delegates and the Maryland Senate that would bar public colleges and universities from engaging in award displacement. If this legislation becomes law, Maryland would become the first state in the country to ban the practice.

Delegate Dana Stein, who wrote the House bill, argued at a recent hearing that “the net effect” of award displacement “is that the donor is contributing to the university without knowing it.”

“To take away private scholarship aid would be a misuse of the private donor funds, it would discourage giving on the part of Maryland-based foundations, and it’s unfair to the student,” he stated.

Officials in the University System of Maryland are fighting the legislation hard. They argue that the bills will take away flexibility from financial-aid administrators who seek to provide aid to those with the greatest financial need.

But Central Scholarship’s leaders warn that the colleges are putting the entire “$1 billion per year private scholarship industry” at risk. Most donors don’t realize that displacement occurs, they say. But once these individuals find out, they will likely want to redirect their philanthropic efforts.

Central Scholarship isn’t the only private scholarship organization that has spoken out against award displacement. Officials with the Gates Millennium Scholars Program, which has awarded $845 million to 17,000 students nationwide since 2000, have long protested the practice.

“Students end up with loan debt that is unnecessary because the institutions are forcing them to take out loans they should not have to,” Larry Griffith of the United Negro College Fund, which runs the Gates program, told Bloomberg in 2013.

The Dell Scholars program, which has awarded $49 million in scholarships since 2004, found that about 60 percent of recipients in the program’s first two years had seen reductions in their amounts of institutional aid.

The National Scholarship Providers Association was so alarmed by the practice that in 2013 it asked student-aid expert Mark Kantrowitz, who served on its board, to conduct a survey of colleges’ institutional-aid practices. He found that about one-fifth of the 61 public and private four-year colleges he surveyed acknowledged that they reduce the amount of institutional aid they provide to scholarship recipients.

Kantrowitz is now backing Central Scholarship’s efforts to ban award displacement in Maryland. “Scholarship providers are invested in the success of their students,” he wrote in a letter of support for the legislation. “They want to ensure that students get the maximum use of the money they have been awarded.”

Jon Oberg, a former U.S. Department of Education official and researcher who has spent many years analyzing federal student-aid programs, has also spoken out in favor of the bill. Award displacement “is unethical and should be made illegal,” he wrote in a letter to Maryland legislators.

“Institutions sometimes deny they do it, or say that their financial aid packaging practices are proprietary and cannot be made public. Sometimes institutions make the argument that they know, better than donors, which students need aid and therefore try to justify scholarship displacement on those grounds,” he said. “Research has shown, however, that scholarship displacement too often results in scholarship aid being taken away from those with the most financial need in favor of making awards to those students the institution is trying harder to recruit, who often have less or no financial need.”

It’s unclear whether Central Scholarship will succeed in banning award displacement at public colleges and universities in Maryland. But its efforts could inspire private scholarship providers to take the battle to other states. And perhaps the U.S. Congress will take a stand, when it renews the Higher Education Act, the law governing federal student-aid programs, against this insidious practice.

This story was produced by The Hechinger Report, a nonprofit, independent news website focused on inequality and innovation in education.