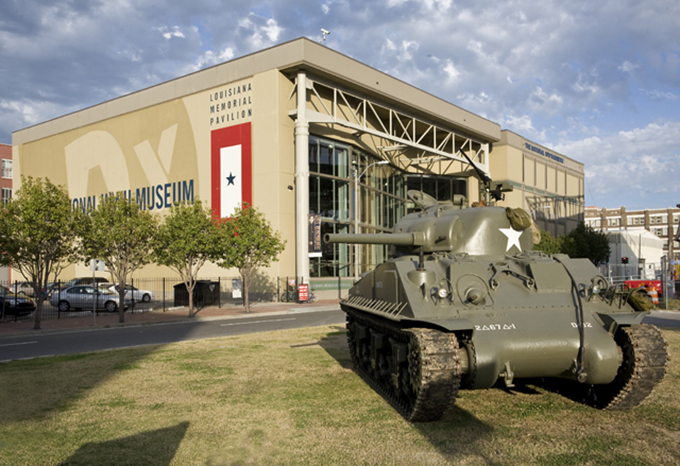 Administration: “The National World War II Museum is not a legitimate institution. Any time you volunteer there cannot count as volunteer service at an educational institution.”

Me: “It’s supported by the same Federal government that gives our student loans, and is one of the top museums in the world. I was approached by their education coordinator; they have student rooms for, well, students.”

Often in my blog I’ve indicated the awe-inspiring stupidity and ignorance of many of the administrators running our institutions of higher education. I sprinkle my rants with select quotes of some of the amazing things they’ve said, out of fear that my own writing is sometimes dull.

Administration: “There’s no such thing as mathematical game theory, and frankly I’m a little bit angry that you would try to trick me.”
Me: “…” –I wouldn’t dream of like, offering up a book on the subject that admin says doesn’t even exist.

Time and again I’ve bumped into people with advanced administration degrees that I simply don’t understand how they got them. I’m not talking 95 year old senile people, I’m talking people working full time jobs, but repeatedly demonstrating an astonishing lack of knowledge, and an astonishing lack of capability to gain knowledge.

The examples above are just what I’ve seen with my own eyes and heard with my own ears, and although I’ve provided other eyewitness accounts of what the rulers of higher education truly know, the following should make it clear that I’m not exaggerating:

Game of Thrones quote from professor = threat to shoot up the school?

The title does a very poor job of explaining the story. A quick summary from Inside Higher Ed: a professor posts a pic on Google+ of his young daughter doing a yoga pose. Harmless enough, except that the little girl is wearing a Game of Thrones t-shirt, emblazoned with house insignia and the phrase “I will take what is mine through fire and blood.”

Let’s make sure we all see what was done here: the professor posted a pic of his little girl doing a yoga pose, while wearing a legally licensed t-shirt for a popular book/show. Popular amongst humans, that is…perhaps not so popular amongst administrators in higher education.

A deanling saw the pic, felt threatened, cried havoc, and let fly the dogs of war!

“…security official said that “fire” could be a kind of proxy for “AK-47s.”

Immediately, the deanling summoned the offending professor to a meeting with two other administrators over the “threatening e-mail.” I’ve mentioned before how there are far too many administrators, but one would hope that with three of the goobers at the meaning, there would be enough common sense in total to let the matter drop, but, well, hell no.

Because the three administrators agreed the threat was credible, the professor was placed on unpaid leave, and would not be allowed to come on campus until he received a psychiatric evaluation.

Administration: “In response to your concerns, we’ve appointed a committee to decide if ‘consensus’ and ‘average’ mean the same thing, and are interchangeable.”
Me: “For what it’s worth, this could be resolved in a matter of seconds with a dictionary. We could clear up the complaint regarding this very quickly, and avoid a lawsuit.”
Administration: “Your lack of collegiality is not appreciated.”

–because their power is unassailable, the only thing most faculty say to admin is “yes”. It really is a good strategy, not sure why I keep trying to use common sense, instead.

To be fair, I’ve only given the basic facts. The administrators have their own insane side:

\”The referenced incident refers to a private personnel matter at Bergen Community College. Since January 1, 2014, 34 incidents of school shootings have occurred in the United States. In following its safety and security procedures, the college investigates all situations where a member of its community – students, faculty, staff or local residents – expresses a safety or security concern.\”

–be sure to check the vote at that link. Over 99% of the voters felt the picture was not a threat, to give some idea of the disconnect between administrators and humanity (keep in mind, THREE administrators agreed it was a threat, basically 1 in 1,000,000 odds, based on the poll, to give some idea of how far administration is removed from humanity). Nothing wrong with investigating, mind you, but such investigations should probably be done by thinking human beings.

Recall before that admin couldn’t properly investigate decades of complaints about an active pedophile on campus (and I’m not talking Sandusky), to get some idea of how bad it is in higher education right now.

Only upon reading deeper does one find out that there are two other issues involved besides simple idiocy on the part of administration.

First, the victimized professor had filed a grievance against admin for being denied a sabbatical; I don’t know if he had it coming, but I’m more than willing to buy that his unpaid leave and psychiatric evaluation are simple retaliation, the typical bullying of administration.

I’ve been victimized by administrative retaliation, so I find this a likely explanation. Time and again I’ve quoted other faculty who criticize admin under a pseudonym. The pseudonym is quite warranted, as administrative pettiness and vindictiveness can be quite extravagant, I promise you.

Second, administration is unpopular at the campus because they’re rewriting the rank and promotion rules to give themselves more control. The faculty have given the usual and impotent “no confidence” vote in response to the changes. The president of the institution:

“…has replaced elected faculty members on the Promotion and Tenure Committee with appointed members, against policy…followed previously at the college. The same goes for department chairs.” –admin always ignores policy if it helps the faculty in any way, and I’ve written before how it’s not a good idea to give admin control over promotions. Making department head administrative appointees is, likewise, a disaster, as I’ve endured.

The second reason gives an even better explanation for administrative idiocy here: it’s a show of force. The message is clear here: if your child is wearing the wrong t-shirt, admin has the right to suspend you without pay. And admin gets to decide what is “wrong” with a t-shirt.

If suspension without pay is the penalty for a child wearing the wrong shirt, faculty are quite capable of realizing that the penalties for trying to stop administrative abuse will be very bad, indeed.

Either answer does much to explain how higher education has fallen so far in the last few years. Again, I ask: why would you want your children near any system controlled by people like these?