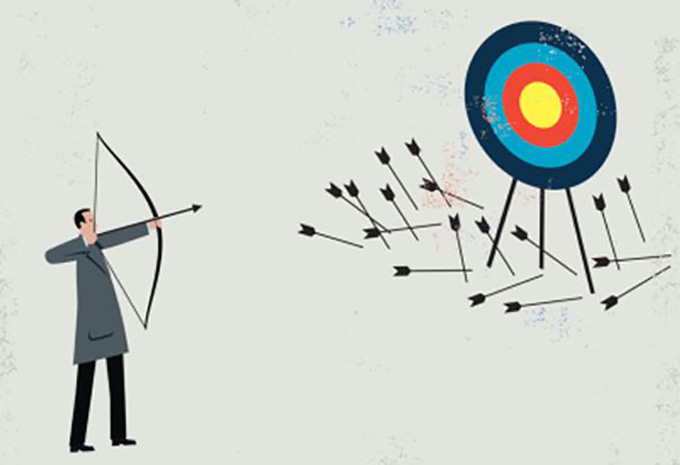 The days of stewardship are long since over. Now they call themselves “leaders,” though a better description would be “pirates.” They come in, figure out how to sell out whatever integrity or reputation the school has left, and leave, often with the smoking ruins of a school behind them. They no longer deserve their titles, and so I refer to them as Poo Bahs and deanlings.

I’ve seen it time and again in my decades in higher education. The Poo Bah or deanling comes in, threatens me to reduce standards for the sake of “retention,” hires cronies and incompetents who will willingly do the Poo Bah’s bidding no matter how profane, and the guys at the top often engage in shady real estate deals as well. After the school grows a bit or builds a few more useless buildings, the leaders shakedown the “trustees” of the school for more money, because they’re now ruling a larger institution. They keep it up until there are no more standards to reduce, no more positions to be filled by cronies…then they get a big payoff from the trustees to leave and never return.

I’ve seen so many of these I can’t count them all, but a reader notified me of the best example of how our higher education system works at the top level, where the Poo Bahs that sell out the fastest reap the greatest rewards.

Moving from a college of fewer than 5,000 students to one with some 35,000 full-time-equivalent students is a quantum leap for Jeremy D. Brown, who will take over as president of Portland Community College on July 1.

So, after taking all he can, Jeremy Brown moves on to a bigger school. Actually, this was his third school:

He has already presided over two colleges: Edinboro University of Pennsylvania and Dowling College, on Long Island. As rector, or top academic official, on Florida State University’s campus in the Republic of Panama from 2000 to 2003, he learned to speak Spanish fluently.

–wouldn’t you think they’d want someone who speaks the local language to rule the school? How did he get hired there in the first place? We really should ask questions like this, since nobody else will…it takes 7 years of flawless scholarship for a scholar to move up the ranks to professor, but Poo Bahs can go up and up and up in a few years no matter awful they are.

Now, a steward would take pride in what he’s protecting and caring for. I suppose one could try to push for more…but this guy just keeps moving up and up, a skyrocketing career, over literally a handful of years. I doubt any of my gentle readers could boast of so much career advancement in so short a time…I also doubt any of my readers could tell me what, exactly, amazing things this Poo Bah is doing to justify the soaring up the ladder here.

Ok, so now he’s ruling a school the size of a small town. What did he do at the previous place to justify the big bump up?

It’s a far cry from Mr. Brown’s previous job at Dowling, which ended abruptly last September after he had spent a little more than a year there. The small college had cycled through several presidents in close succession as it struggled with budget deficits and declining enrollment.

“It was a challenge, and I like challenges, but it wasn’t the perfect match,” Mr. Brown said. “The board and I had a different philosophy on how to move forward, and at the end of the day, we decided to agree to disagree.”

Asked what those differences were, he answered, “To me, that’s history, and I’m looking forward.”

Does that sound like he was an amazing success there? He barely lasted one year. These jobs pay half a million dollars year or more, why doesn’t anyone ask questions about justifying the hire? The only jobs that pay like this that I know of are in the NFL. Do NFL players really get hired sight unseen, with no justification at all? It seems to me it takes years of high quality play to get that NFL job.

Why doesn’t it work this way with Poo Bahs?

Anyway, this guy with a shady past who can’t hold a steady job just stumbles from one high six figure paying position to another. Now he’s the ruler of a system as large as a town. How’s that working out for him?

Dr Jeremy Brown has been fired by Portland Community College.

Gee, no way to predict that based on his history, right? Honest, at this level, it makes sense to, you know, have a clue who you are hiring, but it never seems to happen. I hate digging into the past of the latest deanling I must deal with…they always have scandalous pasts of ostentatious failure. I really wish we’d go back to the days where faculty, people with some sort of loyalty to the institution, were the ones who held administrative positions, instead of these nomadic mercenaries.

So, the guy’s gone after less than two years. When I leave an institution, I’m just glad they don’t kick me in the teeth before I go. I suspect most readers, when fired, don’t get much beyond a check for exactly what they’re owed.

The rules are different for Poo Bahs. Of course:

Board of Trustee’s voted unanimously to part ways with Brown immediately, but to pay him $300,000 severance.

Wow, not even two years, was crap at his job, and gets $300,000 on the way out. This was a community college, so they could have given “free ride” full scholarships for about 60 students, instead of rewarding this peripatetic plunderer.

Of course, if Brown was a real educator, he could easily donate the money back, and see that it was used for education. He won’t, of course. Of course.

What amazing thing did he accomplish in his under 2 years, to justify that massive payout?

A press release following the vote offered no specific praise for Brown’s leadership. Instead it acknowledged accomplishments at PCC that happened during Brown’s tenure, including the board’s adoption of a five-year strategic plan.

Oh no, not the strategic plan! I’ve written before of these uselessly insulting bureaucratic make-work manifestos. Every time a Poo Bah comes in, the previous strategic plan is shredded, and the Poo Bah (along with hundreds of underlings) commences to working on another plan.

Please understand, this Poo Bah is unexceptional, and I feel the need to share a quick anecdote of things I’ve seen with my own eyes.

I was a tiny institution, less than 1,000 students, that spent well over $1,000,000 in administrative pay coming up with a plan for multiple sportsball fields, bleachers that could hold the entire population the town the school was in (and the population of the next town over), and other idiocy. And every year the deanlings would reveal the latest idiotic addition to a plan we all knew was idiotic, and faculty would be forced to sit in mandatory meetings and provide sycophantic applause to ever-greater demonstrations of idiocy. The plan was eventually scrapped completely when the entire campus moved…even when admin knew the campus was to be abandoned, they still worked on the plan for a few more years, and now they’re working on an even bigger plan at the new campus, for some reason.

Any chucklehead can come up with Visions for Excellence plans, filled with “forward looking statements” and empty promises of a better tomorrow (these plans never indicate how exactly they’re going to pay for or even achieve that shining future, incidentally).

But surely now with such an extensive track record of failure, he’s done, right? Surely he has no chance of scoring yet another $500,000 or more, much more, a year job? Only in a sane world, alas:

Brown is reportedly under consideration for several other college presidency positions, after spending less than two years at PCC.

I…just don’t understand how “normal” people can keep working hard and try to do an honest job when you see the people at the top succeeding no matter how little they deserve it. I have close to 30 flawless years now in higher education, and my “severance package” if my current institution chooses to get rid of me wouldn’t even cover a month’s rent…I doubt any of my readers have it any better, and yet Poo Bahs get hundreds of thousands of dollars as a bonus, just so the school can go searching for someone who will fail less extravagantly.

Truly, there’s something wrong with this system.