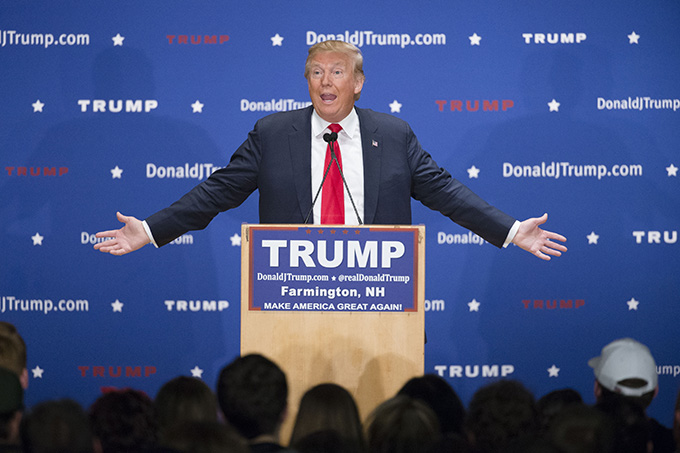 Donald Trump has been quiet about higher education policy during his triumphant march through the Republican presidential primaries. That could be ending soon.

Sam Clovis, the national co-chair and policy director of Trump’s campaign, outlined for Inside Higher Ed the ideas that the presumptive Republican nominee is preparing to put forth. While final decisions have not been made on when the ideas will be formally unveiled, not to mention many details worked out, Clovis said that the Trump campaign expects higher education to be a major issue in the general election.

Some of the ideas under consideration could be “revolutionary”, Clovis said. Proposals currently being prepared would up-end the current system of student loans, force all colleges to share the risk of such loans, and make it harder for those wanting to major in the liberal arts at non-elite institutions to obtain loans. And even if some of the proposals would face a sceptical Congress, these ideas could gain considerable attention if Trump uses them to parry with his Democratic opponent.

Clovis is a tenured professor of economics at Morningside College, a small private college in Iowa, who is currently on leave to work for the Trump campaign.

Some of Clovis’ recent pronouncements on Trump policies have been widely criticised by Washington experts as unworkable or unrealistic. And he said himself that he expects some higher education leaders to react the same way as Trump outlines these ideas in the fall campaign. He said the campaign remains open to ideas, as long as they put the emphasis on student success in ways that have more impact than efforts of past administrations.

Many of the ideas on which the Trump campaign is working involve a complete overhaul of the federal student loan system, moving the government out of lending and restoring that role to private banks, as was the case before President Clinton partially and President Obama fully shifted loan origination from private lenders to the government. “We think it should be marketplace and market driven,” he said. Local banks should be lending to local students, he said, but colleges should be playing a role in determining loan worthiness on factors that go beyond family income.

Further, he said that all colleges should have “skin in the game” and share the risk associated with student loans. Many in Congress (and not just Republicans) have voiced support for that idea. But many Democrats have argued that some institutions – historically black colleges or community colleges, for example – should be exempt, given their histories of educating many students from low-income families who may not have the financial resources of others. But Clovis said that the principle of colleges sharing risk must apply to all institutions.

Further, he said that the risk needs to be substantial enough to change the way colleges decide whether to admit students, and which programmes they offer.

Clovis said he hoped that many colleges would continue to provide remediation for those unprepared for college-level work, although he said that he preferred the term “student success programmes” to remediation. But he said that colleges should not be admitting students that they aren’t confident can graduate in a reasonable time frame and find jobs.

That means a shift in who is involved in deciding on student loans, with less emphasis on parent contributions and the Free Application for Federal Student Aid and more of “a partnership” between the student, the bank and the college. “We think if the college has real skin in the game, it will change its model.”

And these reforms would make it legitimate for colleges and banks to make decisions in part on students’ prospective majors and their likely earnings after graduation, he said.

“If you are going to study 16th-century French art, more power to you. I support the arts,” Clovis said. “But you are not going to get a job.”

A college should factor that in when deciding on a student’s loan eligibility, and the requirement that colleges share the risk would be a powerful incentive to do so, Clovis added.

“If you get into the esoteric aspects of a particular art field, you have to know that those are the circumstances,” he said.

And Clovis said this does not mean that the Trump campaign is against the liberal arts. “The liberal arts education is the absolute foundation to success in life,” Clovis said, adding that he hoped that business and engineering and health professions and education students would include liberal arts courses in their college educations. But it is a different thing altogether, Clovis said, to focus on such fields. “If you choose to major in the liberal arts, there are issues associated with that.”

There may be colleges that decide they are comfortable backing loans for students who study the liberal arts. A prestigious college could legitimately decide that anyone it graduates – regardless of major – will do well in life, and so go ahead with approving the borrowing. “If you go to Harvard, you can major in anything you want, and once you get in the door, you’ll be OK,” Clovis said, so such a college might be fine with its students borrowing to study the liberal arts. “But not all colleges are in the same system,” he said.

The Obama administration has been widely seen as tough on the sector, and many Republicans in Congress have accused the administration of overstepping its authority in this area. Clovis, given a chance to weigh in on such criticism, passed. He said that the focus of the campaign’s ideas on higher education was public and private non-profit higher education.

Clovis said that he was a fan of non-profit colleges that adopt some strategies from for-profit models. For example, he praised Regis University, where he once taught. The institution has a traditional residential campus in Colorado, but a much larger student body enrolled online.

The Obama administration has also been notable for overseeing many more investigations of colleges on how they handle sex assaults and for guidance that has encouraged colleges to take tougher stances in investigating alleged assaults. Clovis did not comment on those investigations per se, but said that one idea the campaign might propose would be to move the Education Department’s Office for Civil Rights to join the civil rights division of the Department of Justice.

“Once we get into office, we’re going to take a hard look at the Department of Education,” he said. “There are lots of things that serve people well, but there are many operations that do not. Civil rights is an important aspect of everything,” but students and colleges might get “better guidance and effectiveness” if we put it all “under one tent” at the Justice Department.

On the issue of affirmative action, on which colleges are currently waiting for a Supreme Court ruling on a challenge to the admissions system of the University of Texas at Austin, Clovis said the campaign would defer to the legal system. “Affirmative action needs to be settled by the courts,” he said.

As Trump’s campaign has taken off in the Republican primaries, many campuses have seen Trump supporters chalk their support on campus walkways or build walls that refer to the candidate’s plans for a wall on the border with Mexico. On some campuses, the chalkings have included anti-Muslim or anti-immigrant statements. On some campuses, students have called these actions intimidation and demanded that chalkings be erased or walls come down.

Clovis said that the campaign has been watching these campus debates and has been concerned about issues of free expression. “I think in the spirit of academic freedom, a college campus should be a place where people should be allowed to express themselves to the fullest as long as they don’t injure another party. We don’t support violence,” he said.

Colleges should defend the right of students to support Trump, or any candidate, he added, and colleges should reject demands that they condemn pro-Trump activities on campus.

“When students react in a particular way and they make demands, there has to be a calm approach to it, to say, ‘Look, this is free speech and this is the speech that is on this campus. You may not agree with this individual, but this person on this campus, and you should hear what they have to say.'”

College administrators should be speaking out in defence of free speech, he said. “We need leadership that says that one side does not get to dictate what is said.”