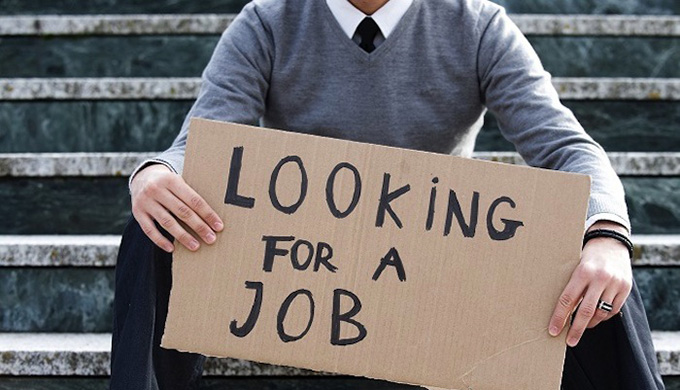 For decades now, every school in the country has focused on growth, growth over standards, growth over reason, growth over need. It’s been easy to acquire such growth, thanks to the student loan scam, and our rulers of higher education have awarded themselves gargantuan salaries and magnificent golden parachutes due to their “leadership” in signing every sucker they could scrape up for loans.

I’ve ranted plenty about the robbery of the taxpayer by our leaders in higher education, but an angry note from a reader has prompted me to address the failure of higher education in a new way. The key line from the note:

I don’t have a problem with education at all, in fact, I strongly encourage everyone to get one. But I encourage an education to be acquired the proper way: freely (at least in terms of money). Books served to provide an education in years past, and today the internet provides massive amounts of material to anyone who wants it, and knows what questions to ask. I grant that “knows what questions to ask” is tough, but I still see no need to get into perpetual debt slavery just to get some help in that regard.

It’s not I who has been irresponsible, it’s higher education, because the insane focus of growth has really cheated people in so, so, many ways.

–it seems every year I read something like this from Admin.

Take the apparently endless need for more math and science teachers. Gosh, it seems like I’ve heard screaming about the shortage of these types of teachers for my entire life. I grant I’ve never been unemployed but…I don’t get anything extra for being a math teacher over, say, being a Women’s Studies teacher, if anything I get less. To judge by pay, the biggest shortage must be in college sportsball coaches…queer how there are no programs for that (could you imagine a thousand sections of “remedial sportsball coaching”?). But I digress.

Anyway, I’m told there’s a massive shortage of teachers in my field, year after year. Other fields with chronic shortages give their employees huge pay. Why doesn’t that endless shortage seem to help teachers some? Instead, they just create programs to churn out more, more, more.

I could also point out that there’s no shortage of buffoons, and yet administrative pay seems to only go up, and not once have I been at a school that’s pushed the creation of more administrator degree programs, but I digress, again.

Higher education today is more and more about jobs training, even at the university level. The point I want to get to is that amidst the grotesque fetishization of growth in higher education, nobody ever asks: Do we really need so many math teachers/deviant sex specialists/psychology majors/communications majors or whatever?

Maybe this question is unreasonable to ask at the undergraduate level, where much of the coursework is “general studies” despite all the specialization, but what of graduate school?

It’s irresponsible for a university system to create thousands of specialists in graduate level deviant sexual practices, to name just one topic, when it knows full well there are only a handful of positions open for the graduates.

A recent post on Academics Anonymous, a series of posts from academics criticizing higher ed–if you criticize higher ed, you need to be anonymous as administrative reprisals can be vicious–really highlights how bad the system is today:

Whenever an academic position opens up in my department, we get hundreds of applications. In today’s demented system, there is a strong priority given to females and other “protected minorities” as they’re called…it’s an open secret I’ve covered before.

There aren’t even enough jobs to be filled just by the protected minorities. Hundreds of applicants to fill the one position, and only one position opens up every few years.

Do the math here.

Let’s just say that one position opens up every 2 years.

In those two years we get 40 students to train to fill that position.

Around 20 of those students eventually graduate (and in many departments far more than half graduate).

Bottom line, we produce 20 times as many people as necessary to fill job positions.

The end result is yes, the poor academic linked above, despite having a STEM degree, will receive 100 rejections, despite the graduate degree in a field we’re constantly being told needs more graduates.

There’s nobody to hire them, and in most technical fields, self-employment isn’t an option (gene splicing in the ol’ garage just doesn’t work so well).

After 10 years of hunting for an academic post, I’m exhausted and seriously doubt my choice of career. There must be a better system…

There are so very few “real” jobs in academia, and the competition is fierce. I have to consider if administration was really clever enough to plan this out: creating a huge surplus of people in the job pool means administration can exploit academics pitilessly while admin plunders the system.

But I have my doubts about working in academia now. An old tutor of mine has advised me not to on a number of occasions. He has warned me of an academic environment that is increasingly exploitative. He says many colleagues feel trapped by it.

It is a stifling, brutal system. When I was at a skeezy community college, I felt trapped. There were few positions available elsewhere, and they might not even consider me because of the black mark of the skeezy school on my resume (and yes, I was asked about it at the job interview). If I quit, well, then I’m unemployed for years, and even more desperate, and having to compete with “joker” education degrees makes the system even more hostile to honest educators.

It really is nuts what’s going on in academia, and it forces me to be honest in my advice, even at the risk of being called irresponsible: