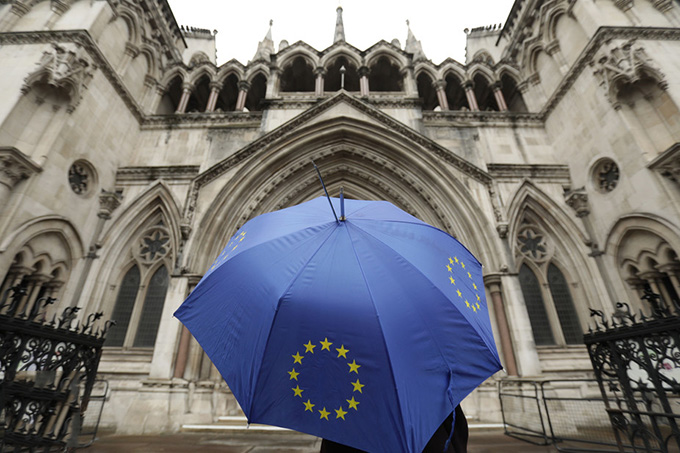 What has the British High Court ruled?

A challenge brought by a collection of individuals to the government’s intention to trigger Article 50, setting off Brexit negotiations, has been successful. This means the process cannot begin without it being put to a vote in parliament first.

The question the court considered was whether the government is entitled to use its prerogative powers to make the decision by itself.

The claimants argued that doing so would lead to changes in both domestic law (as passed by parliament) and the rights of citizens without the express authority of parliament. The government argued that the referendum gave it the prerogative power to decide whether EU law should continue to apply in the UK.

The court was not swayed by the government’s argument. It found no evidence to support it in legislation (the European Communities Act 1972) or the fundamental principles of the constitution. In other words, the government cannot decide when to start the process of leaving the EU using its own powers and must put the matter before parliament.

Will this stop Brexit?

In a legal sense, no. The court was clear that this is not a judgement about whether to leave the EU or not, and it was not a case attempting to overturn the result of the referendum. It simply found that the process of formally leaving the EU by triggering Article 50 cannot be started by the government alone.

Will it delay Brexit?

Possibly. The government has said that it will appeal the decision, which means it is likely to be heard in the UK Supreme Court. That casts some doubt on the prime minister’s intention to trigger Article 50 by the end of March 2017. If the Supreme Court upholds the decision of the High Court, then the matter will go before parliament.

What will MPs be voting on?

The judgement makes clear that legislative approval to start Article 50 negotiations is needed. This means that a bill will need to be passed by the House of Commons and the House of Lords. But there will not be a Brexit “deal” to vote on, as the process of negotiating an exit deal between the UK and the EU has not yet begun – and cannot begin until Article 50 is triggered. Parliamentary debates are public.

Are they likely to vote for or against triggering Article 50?

The majority of MPs favoured remaining in the EU according to their stated positions before the referendum. However, many may decide that the result of the referendum to leave the EU means that they should allow the government to begin that process without delay.

Many MPs are likely to be sensitive to how their individual constituencies voted, as well as the policy of their parties and what has changed in the country since the vote on June 23. In the Lords, who do not represent constituencies and do not have to worry about re-election, the outcome may be more difficult to predict.

Are there any precedents for this situation?

There is no precedent for this situation in UK constitutional law. However, the court drew on case law dating back to 1610 to set out what it found were underlying principles of the constitution. Joining the EU in 1973 resulted in one of the most significant events in UK legal history, and it looks like leaving the EU is set to cause even more of a legal and constitutional upheaval.

What will the British public make of it?

Brexit supporters are likely to be disappointed by what seems likely to cause a delay in the process of leaving the EU. However, much was made in the referendum by Leave campaigners of parliament taking back control of law-making in the UK by no longer allowing EU law to take effect. This judgement makes it clear that the government must operate within the limits of its constitutional powers and clearly underlined the importance of the role of parliament in law-making and where individual rights are concerned.