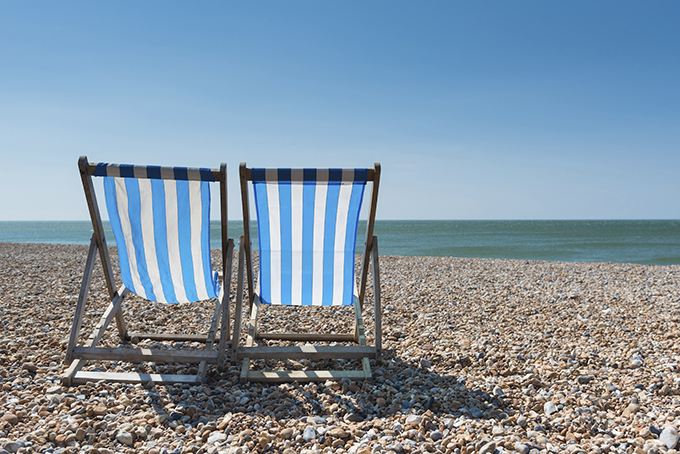 The last few months have clearly been trying on the nerves and confidence of many academics working in Britain. The vote for Brexit has reverberated through the ivory towers and off the red-brick walls of British universities. In the middle of this unease then came a set of new recommendations by Lord Nicholas Stern proposing changes to the way the quality of research is assessed in the UK.

Writing as a migrant working within UK academia, I believe the events of this summer will make the UK increasingly financially uncompetitive in the global marketplace – and an ever more unattractive destination for academics in many fields.

much debate about the impact on universities. There are fears it will mean less EU research funding, fewer EU students at all levels, less cooperation between UK and EU institutions and increased costs in recruiting and retaining both staff and students.

Within my own university there are already examples of individuals being asked to step aside from EU research grant proposal teams. This is due to fear of bias from reviewers rather than any retribution from the EU itself, which is on record as saying it will consider all proposals as in the past. Scholars from the EU who had been offered jobs in the UK have had them turned down since the vote because of uncertainty about immigration issues. In one case I know of, the academic from another country in the EU had accepted a position before the vote, only to change their mind after the vote.

The indirect impact of the Brexit vote on exchange rates – and so the global competitiveness of salaries – is probably one of the least discussed areas. It has been documented that UK academic salaries in most disciplines are significantly below those paid in North America and Australia.

In my field, business and management, the UK’s standard salary scales range from about 50% (of US salaries) at the lower end of scale for lecturers in management, strategy or human resources – to about 75% (of US salaries) at the upper end of the scale for professors in finance and accounting. With the fall in the exchange rate of about 14% against the Australian and US dollars, these discounts are even larger. One of my US colleagues used to call the UK system the “Walmart of academia”; after Brexit it is more like Poundland.

What has held the system in the UK in place (at least at business schools) is that while UK institutions were uncompetitive against the major institutions in countries such as the US, they were competitive with many institutions in Europe, particularly schools in the east and south of the continent. In my own institution, Leeds University Business School, about half the faculty are foreign, with Greeks the dominant EU source for scholars in the business school. In my specific department, 90% of the staff were born outside the UK, with staff from the US, Greece, Ireland, China, India, Poland, Finland, Italy and Romania.

My point is that a system already barely financially competitive against the best in the world has still been able to play in the global game as long as it has because of its openness to foreign labour. While we still desire to be open to all, the cost of that openness may soon be prohibitively high.

Stay where you are

Into this new uncertainty has come the Stern review of the Research Excellence Framework (REF), the process through which the quality of research is assessed. In particular, one proposal for the next REF – expected in 2020 or 2021 – could have an effect on the competitiveness of the UK marketplace for attracting academics: the idea that only research done at an academic’s current institution can be used in that university’s submission to the REF.

The goal is to stop universities recruiting new staff just before they submit to the REF – something Stern says has costs for “recruitment and retention” in UK universities. But what he proposes is to replace rent-seeking by individuals with rent-seeking by institutions, effectively shackling academics to their current employer and encouraging those who have effective scholarly records to capitalise on those records overseas rather than in the UK.

I will admit, in the spirit of open disclosure, that I was a REFugee, recruited into what the University of Leeds called a university leadership chair. I arrived right before the REF census date. According to the logic of Stern, I was engaging in blatant rent-seeking – but nothing could be further from the truth. In reality, I took a slight pay cut to move to the UK (which is now a much larger pay cut given Brexit) and the only reason I moved was that Leeds was willing to accommodate my “rent-seeking” by paying me something closer to my global market worth rather than the Walmart-UK discounted salary dictated by the salary scales.

Stern’s logic on the portability of research outputs is flawed on a number of dimensions, not least because the time taken to publish research varies enormously between fields. In my field, the time between submission of a manuscript and its ultimate publication ranges from three to five years, with a typical paper having to go through three rounds of reviews. So an academic may find themselves stuck at their institution for a period of indenture that can amount to five years or more. No school will hire them away since they lack “REF value” – and given Stern’s proposal that all staff will be assessed in the process, newcomers may impose a real burden on staff already at the institution, no matter how solid their record up to that point.

Taken together, Brexit and the impact of Stern’s recommendations, mean scholars may well rethink whether the UK is the environment where they can most effectively build and enhance their intellectual and professional capital while ensuring that they are paid consistent with the value of human capital. While this may take time to materialise, the UK may find itself facing a serious shortage of talented academics as more and more look elsewhere to start a career.