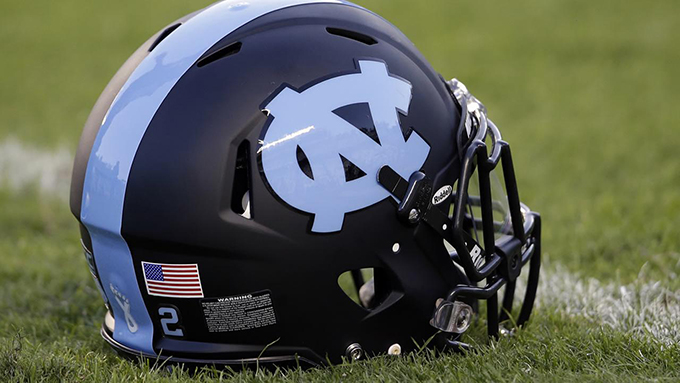 With all the Progressive silliness on campus today, it’s easy to miss a big underlying cause: a broken accreditation system.

For newcomers, a quick primer on accreditation:

Scholars came together to share information, and these gatherings turned into universities, with a mission of education: either humanity (by researching new knowledge) or of humans (by the teaching of that knowledge). As these institutions became formalized, scholars met with other institutions to learn from each other on how best to run a university. These meetings became established in the US in the 19th century, a time when travel and communication weren’t nearly so trivial as today; it’s why we have regional accreditation, despite the fact that this is an outdated monopoly system (if “Bob’s SKool of Degree Grantin’ “ opened up across the street from Harvard, it would be every bit as legitimate as Harvard, since both have the same accreditor).

Accreditation was intended to be a good faith system for universities interested in improving themselves. The whole accreditation system is based on good faith, and so institutions always self-report their own legitimacy. When there was no money involved, and accreditation was voluntary, this was fine, but the student loan scam only provides money to accredited schools…and accreditation was never designed to deal with the inevitable corruption that comes with billions of dollars.

UNC really highlighted how broken accreditation is. UNC, for nearly 20 years, ran wholesale fake courses in their African Studies Department; time and again faculty complained about the fraud, but UNC administrators investigated themselves and cleared themselves of wrongdoing, time and again. After so many years and thousands of students, the evidence was overwhelming to the point that the accreditor finally noticed.

Seriously, we really need to re-examine whether the assumption of good faith in accreditation is such a good idea, and whether the lack of penalties for violation of accreditation really makes sense with billions of dollars on the line. Part of the reason why UNC’s penalty for 20 years of fraud where they actively lied to accreditors time and time again was so light is because accreditation doesn’t stipulate any penalties—good faith, you see, why should there be penalties when the institution means well, right?

I’ve been at a fake school where acts of academic fraud were an everyday occurrence. I honestly thought the school was defrauding accreditation but…the way how accrediting rules are written, the school can do whatever it wants as long as admin says it means well. It’s nuts.

Anyway, after the systematic pattern of fraud was simply too well documented to deny, SACS (the accreditor) finally took action:

The University of North Carolina at Chapel Hill will not lose accreditation over the academic fraud that occurred there, but it will face one year of probation, the Southern Association of Colleges and Schools Commission on Colleges announced Thursday. In October, the university released a detailed report about widespread and long-lasting academic fraud at the university. For 20 years, some employees at the university knowingly steered about 1,500 athletes toward no-show courses that never met and were not taught by any faculty members, and in which the only work required was a single research paper that received a high grade no matter the content.

—one of the many lies admin told, and passed on here, was that the fraud only affected athletes…or didn’t affect athletes, as admin changed their tune depending on what spin they thought might work best. In any event, over 3000 students, many non-athletes, took these fake courses.

With punishment meted out at long last, admin gladly accepted this “huge” penalty:

“The commission’s decision is the next step — an expected consequence — in Carolina’s tireless efforts to ensure integrity in everything we do and that the past irregularities are not allowed to recur,” Carol Folt, UNC’s chancellor, said in a statement.

Hey, Carol’s title isn’t twice as long as her name…good for her. Still, I have to laugh at the “tireless efforts” phrase. Admin worked tirelessly to cover up this fraud, destroying the careers of whistleblowers and flat out lying in writing to SACS repeatedly. I really feel the need to point out that not a single administrator lost their job over facilitating this fraud…not even one. Tireless, they say.

The complete lack of firings is a detail that requires some reading between the lines. The gentle reader should understand that a fired administrator would have nothing to lose by testifying against UNC, perhaps even providing evidence and a detailed account of exactly how deep the fraud went, or is still ongoing.

So, yes, the complete lack of firings is strong evidence of deep systematic corruption at UNC, corruption that, since all the same administrators are there, could easily still exist. But I’m sure good faith will be enough to protect from that.

As an added bonus, more administrators were hired to deal with the probation, with documenting that UNC wasn’t doing wrong any more. It’s a substantial document:

In January, UNC submitted a 200-page report to the accrediting body detailing the steps it has taken since the scandal came to light. The university will have to submit a similar update after the probationary period.

So, they have to write a page a day, more or less. They probably opened up a whole new fiefdom with at least half a dozen vice presidents, each paid 6 figures a year…to write a page a day. I do so love sites that allow comments, so that readers can give a few clarifications to how ridiculous this all is:

Imagine you forged documents for years and your punishment was “send documents to prove you stopped.”

While brief, this comment pretty much sums it all up. For years, UNC submitted fraudulent documents telling SACS how legitimate UNC was. After finally being caught out, UNC’s punishment is, indeed, to submit another document telling SACS that UNC is legitimate. Good faith, you see.

I’m not a bad person, I generally think the best of people, but I assure the gentle reader that UNC isn’t remotely the only school doing this. The for-profits receive condemnation for their frauds, but the only difference is the for-profit schools are actually being investigated by (more) legitimate bodies than accreditors. The only reason frauds at non-profits (and particularly state schools) are not being regularly exposed and shown to be massive is because there is no legitimate entity to do such an investigation. They’re fully accredited after all, and…good faith!

It’s weird how so often I disagree with an article’s coverage, but generally don’t have a problem with the comments (ignoring the very brief comments). A rare comment I take issue with:

About time, but I’m not sure probation is sufficient. I know of schools that have been closed for less. I don’t care if this is UNC–this violation is pretty serious. There need to be more than cosmetic changes.

Schools have been closed for less? When and where? Outside of a few for-profits that were shut down by accreditation (more accurately, the Feds shut them down for wildly blatant fraud, and accreditation lamely decided after the fact that the schools should be shut down), I’ve seen perhaps one other school…but that school was closing anyway. I’ve never seen a state school shut down by accreditation, but then I’ve never seen one realistically investigated. Good faith!

One year of probation for 20 years of unethical behavior. I’m sure some of the NCAA schools who lost scholarships and were not allowed post season play would love that kind of punishment.

Ultimately, this is why the fraud at UNC was, eventually, caught: it was simply too blatant for the other sportsball institutions to overlook. UNC’s fraud was helping UNC win games, and that was cutting into the sportsball wins at the other schools. But this issue goes far deeper than sportsball, even as I begrudgingly yield my gratitude to college sportsball for its help in revealing this fraud.

Does anyone not see that this light penalty will motivate other schools, especially sportsball-fanatic schools, to double down on the fraud?

The completely blind and deaf accreditor who overlooked the decades of systematic fraud and lies of UNC-Chapel Hill? If you open a school in North Carolina, you’ll have to use that same accreditor. Every school in Florida, in Louisiana, in Georgia, or anyplace south of UNC also has no choice but to use this fake accreditor.

Keep that in mind: every school that uses SACS could just as easily run a 20 year fraud, and now knows that the penalty for it will be a year of probation. Gee, how do parents feel about sending their kids to one of these schools? Just assume good faith by the school, you’ll be fine. I guess.

Really? It’s time for SACS to be sacked. Every single institution that has worked hard to earn its accreditation from SACS should sue for fraud over this because any accreditation it grants is meaningless. Talk about an accrediting agency being a discredit to the profession! If UNC’s 20 years of institutionalized fraud doesn’t merit the permanent loss of accreditation, then nothing does.

And so every degree from a SACS-accredited school should not even mention it came from an accredited school because the accreditation means nothing. When you consider that Penn State’s accreditor likewise couldn’t possibly know what’s going on in the showers (because it could only hear about such incidents from the administrators—good faith!), it’s not much of a stretch to wonder if perhaps no accreditors are doing much of a job.

We’ll just have to hope good faith is good enough. Too bad you can’t pay tuition with good faith, eh?