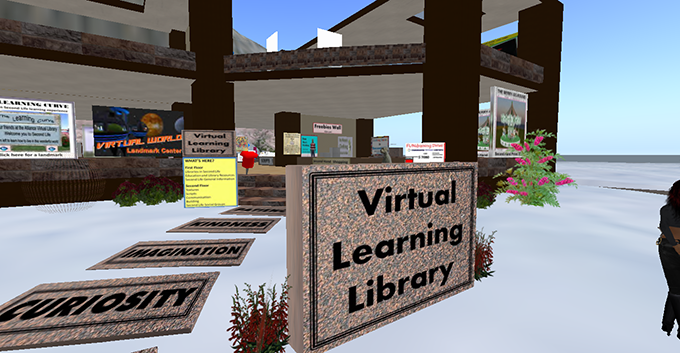 Picture this. You’re walking through a chemistry lab, watching as some students happily experiment with hazardous substances while others interact with 3D projections of the molecules as they react to each other. Over in the next room, a trainee nurse triages a stream of patients based on their various symptoms, while across the hall a group goes through a realistic emergency simulation for an oil drilling platform fire.

It might all sound futuristic, but these are real examples from what is now the granddaddy of the virtual world: Second Life.

SL launched in 2003, and 13 years is a very long time in the technology world. So long, in fact, that people are often surprised to find that it’s still around (or, indeed, that it turns a healthy profit for its developers, Linden Lab).

Linden Lab is back in the limelight after announcing plans to develop a fully fledged immersive virtual reality platform, code-named Sansar.

I met Linden Lab CEO Ebbe Altberg in the company’s San Francisco headquarters, and he told me that “if you boil down what human beings do, it’s basically creating spaces and sensory experiences, inviting people to share it, and interacting with them”.

One of those user creations was the chemistry lab described above, designed in Second Life by Texas A&M University as a learning aid for its students. In spite of the technical and graphic limitations of the platform, teachers using the facilities found that their students outperformed those learning solely in the real world.

“You can read about something, you can watch a video; but it’s only when you’re doing it that you truly absorb that knowledge,” Altberg says. “In that lab, I can take the molecules, move them around, sit on them; I can pour this liquid into that liquid and see what happens…Nobody reads the manual.”

The experience is more powerful than video lectures, he says, because it gives learners the ability to socialise with other people in real time. “If I’m at home watching a feed by myself I’m just consuming that content, but if I’m sharing the experience and feedback with others that becomes something entirely different, and much more powerful.”

His vision for Sansar is to make it accessible for anyone to create and share virtual experiences, something that at the moment is impossible for those without advanced technical skills.

Jeremy Bailenson, founding director of Stanford University’s Virtual Human Interaction Lab, has conducted extensive experiments that show how effective virtual environments can be for optimising the learning experience. He believes that such technology will have a profound effect in education.

“We know, for example, that when a teacher looks at a student, that student has a better chance of actually learning. That makes sense in a one-to-one setting, but in a lecture hall with a hundred students, it is impossible for her to do that.

“However, when teaching a class in virtual reality, that teacher can employ augmented gaze powers, because the rendering computer in a virtual reality system sends information to all of the students’ systems individually, so the information can be tailored to each person,” he says.

In his experiments, participants never realised that the teacher’s gaze coming from their avatar was not “real”, and as a group, students under that gaze paid closer attention to the teacher’s avatar and retained more information.

By the time today’s children grow up and enter university, this kind of enhanced environment could well be commonplace. For universities just beginning to get their heads around the concept of video lectures and massive open online courses, it might seem like a daunting prospect to build entire virtual worlds and integrate them into their mainstream offering. But if Altberg has his way, universities will be able to not only provide those experiences, but to monetise them, too.

“Take the A&M chemistry lab, for example. They created this amazing, really effective environment and experience in Second Life, but only their students could use it,” he says. “In Sansar, they would be able to put that lab in the marketplace so that another department in another school anywhere in the world can buy it. That school would then have a duplicate of the lab for their own students, which they can customise as appropriate without having to build everything from scratch.”

Sansar launches later this year, so we’ll see how quickly this vision materialises, but Altberg is in no rush. Perhaps unusually in the tech arena, his company is really good at playing the long game. “Second Life’s 13th birthday was in June, so we’re building a platform with the assumption that it will be around for decades.”