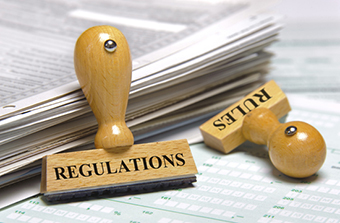 The comments are in, and it appears that the campus is divided.

This past fall, the U.S. Department of Education announced its intention to require recipients of competitive grants (an estimated $2.8 billion in fiscal year 2015) to openly license the intellectual property created with those funds. This open licensing rule — which would impact a large number of programs, though just a small slice of the Department’s $67.1 billion in annual appropriations — was put forward in a notice of proposed rulemaking in November, with public comments due by December 18th.

There are a number of reasons why openly licensing resources produced with public funds is simply good policy. Aside from the most obvious (the public paid for it once already), it also allows the Department to be more strategic with their investments, allowing for less duplicative grantmaking. Others in the field will also have the ability to use those openly licensed resources, and even adapt and improve upon them. This change would also promote more equitable access to educational materials, especially for less resourced stakeholders.

The next step for the Department, prior to releasing its final rule, is to review those comments that were submitted: 147 in all. Many different groups and individuals weighed in on the issue (including New America’s Education Policy Program), but none more so than those in higher education. While overall the comments were evenly divided between those in support and those opposed, a strong showing of commenters from research universities opposed the requirement, but with one large exception: their libraries.

It may not be immediately apparent why research universities would stand opposed to access to a greater supply of open educational resources (OER). Why are Harvard, the University of California, and North Carolina State University opposed to openly licensing the resources their institutions create with public funding? Comments jointly submitted by several major higher educationassociations — the Association of American Universities (AAU), the Association of Public Land-grant Universities (APLU), the Association of University Technology Managers (AUTM), and the Council on Governmental Relations (COGR) — help to shed some light on the issue. Voicing their  principal concern with the proposed open licensing policy, they assert that the rule would “limit the ability of our institutions to transfer tested and validated educational technologies to the private sector.”

They make two arguments: first, they say open licenses stifle innovation and entrepreneurism. And second, they argue that open licensing negatively impacts the quality of resources. These two points align with the arguments put forward by commenters from publishing companies and many other established businesses (groups that don’t often see the benefit to any change in the status quo).

On the other side of the quad in the libraries, though, they seem to see things differently. From associations like the American Library Association (ALA) and Association of College and Research Libraries (ACRL), to campus-based libraries at universities including Oklahoma and Florida State, these groups are nearly unqualified in their support for increasing the use of open content licensing. One commenter in particular, the W.E.B. Du Bois Library at University of Massachusetts, Amherst, provides a clear rebuttal to the arguments against open. They write:

“The commercial educational markets have been developing their own open access products, and learning to develop products that build on openly licensed products. This will actually stimulate a more competitive marketplace, ultimately benefiting the publishers themselves.”

As the librarians at Amherst point out, the private sector is much more innovative and responsive than the college groups are giving it credit for. As we’ve seen with the open data movement, increased access to information can spur innovation and entrepreneurism in new and sometimes groundbreaking ways (just remember what life was like prior to Google maps). Equally, there is enormous potential for increased open content and software to create value in the public, as well as the private, sector.

This point is, however, completely (and a bit ironically) missed by the higher ed associations, as they make perfectly clear in their comments.

“The proposed rule may frustrate the government’s commercialization initiative, which seeks to encourage entrepreneurism and startup formation to advance economic growth as well as public-private partnerships. Universities have worked to develop successful relationships with startup companies – we are happy to provide examples – to bring disruptive educational technologies to fruition. Startup companies are often best-equipped to do this, because established companies generally have little interest in disrupting their current markets.” [emphasis added]

These organizations see entrepreneurism and openness as being at odds, pointing to past partnerships with now-successful startups to justify this rationale. But you can’t see entrepreneurism in the rear-view mirror: bringing disruptive educational technologies to fruition — like, say, new content platforms for posting, curating, and rating open educational resources — requires forward-looking thinkers that aren’t afraid to change the way things have always been done and disrupt the current marketplace. (There’s also a real difference, as several commenters point out, between copyrighted works and patentable inventions.)

By their own logic, it appears these research universities have something in common with established companies: neither appears interested in disrupting business as usual. Hopefully these institutions can take a page from the book of their librarians, and work with them to recognize how open licensing serves their ultimate mission: public education.