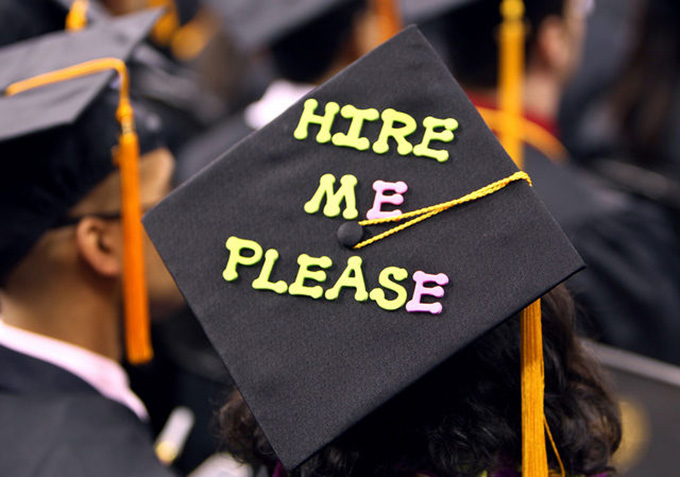 –the above is thoroughly debunked, but still advanced as truth by college administrators.

Every month or two, I get an angry e-mail, saying something like the following: “How DARE you tell people not to go to college! Don’t you want people to improve themselves?”

I concede a very casual reading of my blog might lead people to think I have something against education. I promise you, however, I believe in education, I believing the act of learning is helpful for a human being, and is, indeed, the best way for self-improvement.

Today’s higher education has little to do with self-improvement, however. The entire system has been taken over by a plundering mob of mercenary administrators, whose reckless irresponsibility is leading to the failure of higher education.

Their primary irresponsibility has been an irrational focus on growth, over everything else. Every campus policy, from massive remedial programs to cheating to grade inflation, has been made by figuring out what promotes growth, and deciding accordingly.

So, it doesn’t matter that over 90% of remedial students get nothing out of higher education, and merely end up being victims. Vicious administration decides growth is achieved by offering mostly 9th grade or level courses…and “higher education” is debased into sub-high school on many campuses.

It doesn’t matter that cheating is so out of hand that surprise checks on cheating can reveal 50% or more of the students are not submitting their own work. Admin decided that getting rid of cheaters would cut into growth, and so cheaters are encouraged to stay on campus, and faculty are punished for catching cheaters. What few checks on cheating that remain are announced far in advance, and students are warned exactly how they can be caught…and still many are caught. There are at least a dozen companies that will write your academic papers, even doctoral thesis for you, and will even take your online courses for you. Degrees become increasingly worthless as anyone with a clue what’s going on in higher education knows how little the degrees represent.

All of this could be considered harmless navel-gazing, little different than a massive cosplay convention, except for the huge sums of tuition/loan money on the line.

Admin’s reckless pursuit of growth has been woefully irresponsible, and they’ve exploited the “degree holders make a million bucks more” rubbish to justify allowing hordes of students to flood not just the marketplace-worthless fields like Urban Studies, Women’s Studies, and Queer Musicology, but also the actual fields like engineering, where a hard-to-get technical degree can actually pay off.

Well, it could pay off, but not when you bloat the size of the program to the point that it’s not even theoretically possible for your graduates to get jobs:

MUN continuing to up enrolments, as engineering faculty expands

–note: still upping enrollment despite the lack of jobs.

I’m not just picking on this one university, this sort of thing is happening everywhere else: the “jobs training” programs have way too many butts-in-seats to legitimately expect the graduates to find work. It’s especially bad in schools with programs that create workers for the oil industry (like petroleum engineers).

Yes, I know the oil bust of the last year has devastated oil companies…but I knew it was going to devastate the oil companies last year, even a few years before that. The Poo Bahs that run our schools get paid millions of dollars along with huge benefits, so should be far more astute than I. How come they don’t know the things a chucklehead like myself can figure out just by reading a bit?

“The annual number of undergraduates will climb from 2012’s graduating class of 170 to 250 graduates by 2020. The number of grad students will nearly double from 360 to 700 over the same period.”

Administrators might well have known for years also, but this is irrelevant: they don’t care. All these guys want is butts-in-seats, because administrators are mercenaries, caring nothing for education with no interest in helping people. They don’t even care if the school gets a vile reputation (hi Penn State!), as long as they can sell out quickly and move elsewhere in the system.

In times past, administrators at a school weren’t professional mercenaries, and didn’t have self-awarded Administration degrees. The dean wasn’t just some overblown bureaucrat with a Ph.D. in Niceness, and didn’t plan to spend 30 years debasing school after school before cashing out with a nice golden parachute.

No, it used to be administrators at schools were the same as the faculty, faculty that didn’t want to work at a school with a crap reputation. The dean? He was the chemistry professor, teaching one less course a semester while covering the administration duties (honest, most administrative jobs really aren’t full time affairs); the dean/chemistry professor would leave the deanship after a year or two, to be replaced by a history professor or something.

Bottom line, you don’t really need a Ph.D. in Administrative Leadership to be an administrator. What you really need is to actually care about education. This is why “growth over all” wasn’t a huge deal in higher education decades ago, even though it’s the only thing today. Administrators were just faculty, and so years ago higher education wasn’t an endless procession of student loan victims, sex scandals, social justice lunacy, and athletics scandals like today.

When you talked to the history professor/registrar about majoring in history, he would tell you “Uh, you’re not going to be able to get a job with this kind of degree, are you sure that’s what you want?” That’s what it was like years ago, and I sure remember my advisor (faculty then, of course, but it would be a professional administrator now) warning me: “It’s not a good idea to major in math, almost nobody makes it and the job market is terrible with all the competition from the failed USSR—we’re flooded with veteran Russian mathematicians willing to work for peanuts.”

Now when you go to the professional bureaucrat and say you want to take out a $200,000 loan to major in Comedienne Tuba Players? You’re told “That’s a great idea! You should get 20 of your friends to sign up as well.”

For the most part, this lunacy was overlooked when the majors were in fields where it was clear there would be no jobs waiting for the graduates—“the suckers deserve it” was the mantra, though I strongly feel an institution that acts with integrity would not allow people to hurt themselves by also taking out huge loans. But the jobs degrees are now turning into a huge embarrassment as well. Does anyone think the Poo Bahs will admit their mistake, and scale back a bit? Nope:

As it becomes harder to find work terms in oil and gas, as well as mining, Naterer said the university has reached out to new sectors.

“The way we’ve made up for this shortfall is we’ve pursued other new employers,” he said. “For example, we have over 40 new employers, including Apple, Tesla and others outside the province.”

This is so much easier when you don’t care who you hurt. Translate the above as “We’re sorry we sold you on 4 years of training for jobs we knew weren’t going to exist when you graduated. Hey, tell you what: how about you buy 4 more years of tuition and a degree in another field where maybe there’ll be a job in 4 years?”

Look, I know mistakes happen, but before the student loan scam, this sort of bungle was no big deal. Yes, the student might not get the job he wanted, but the school focused on education, not on indebting students, and so the graduate at least left the school with an education, and without life-crushing debt. Nowadays, our students are leaving schools deep in debt, and, all too often, with no education in any form, much less in a form that would pay off that debt.

Again: I’m for education, I honestly am. I’m just not for indebting our children for a slip of paper that represents nothing and won’t cover the debt.
www.professorconfess.blogspot.com