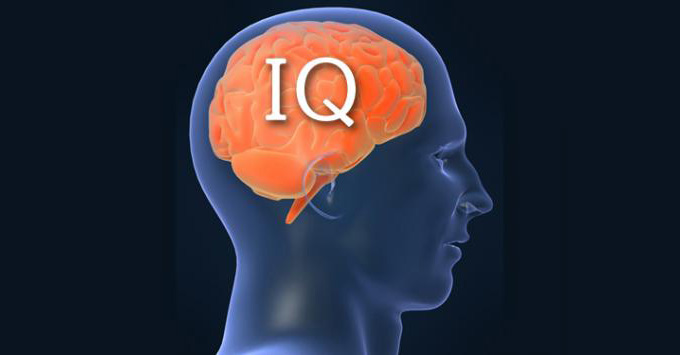 For nearly 150 years, the concept of intelligence and its study have offered scientific ways of classifying people in terms of their “ability”. The drive to identify and quantify exceptional mental capacity may have a chequered history, but it is still being pursued by some researchers today.

Francis Galton, who was Charles Darwin’s cousin, is considered the father of eugenics and was one of the first to formally study intelligence. His 1869 work Hereditary Genius argued that superior mental capabilities were passed down via natural selection – confined to Europe’s most eminent men, a “lineage of genius”. Barring a few exceptions, women, ethnic minorities and lower socioeconomic communities were labelled as inferior in intelligence.

Galton’s controversial theories on race, socioeconomics and intelligence have been highly influential and shaped the ideologies of numerous researchers and theorists around the world.

In the UK, proponents of a Galtonian view on intelligence included educational psychologist Cyril Burt, who helped formulate the 11-plus examination, and psychologist Charles Spearman who is best known for his creation of the concept “g” – the innate general factor of human mental ability. Spearman’s background as an engineer in the British army gave him a statistical sophistication that proved instrumental in shifting the direction of the field of intelligence study.

Spearman hypothesised that intelligence is comprised of “g” – or “general intelligence”, and two other specific factors: verbal ability and fluency. Spearman’s extensive work on the use of “g” within the field of statistics meant that some used the “hard” sciences and maths as instruments to argue that there were biological differences between races and social classes. “G” as a representation of the biological basis of intelligence is still being used today in research within the current field of behavioural genetics.

The concept of inheritance, and specifically the inheritance of intelligence, has carried over into political and educational spheres. A more recent advocate of Galtonian-inspired ideas is Dominic Cummings, who served as a special advisor to the former secretary of state for education, Michael Gove. Cummings wrote the following in a 237-page document titled “Some thoughts on education and political priorities”:

Raising school performance of poorer children … would not necessarily lower parent-offspring correlations (nor change heritability estimates). When people look at the gaps between rich and poor children that already exist at a young age (3-5), they almost universally assume that these differences are because of environmental reasons (“privileges of wealth”) and ignore genetics.

The birth of twins studies

From the 1920s, when twin and adoption studies set out to determine the genetic and environmental origins of intelligence differences, the study of intelligence began to converse with the early stages of human behavioural genetics. 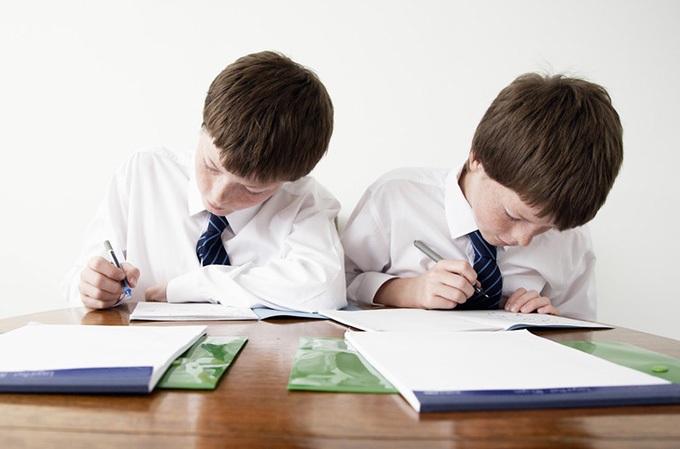 Are you copying me? Volt Collection/www.shutterstock.com

Under the presumption that twins experience similar environmental aspects, twins studies enable researchers to evaluate the variance of a given outcome – such as cognitive ability – in a large group. They can then attempt to estimate how much of this variance is due to the heritability of genes, the shared environment the twins live in, or a non-shared environment.

The 1980s and 1990s saw another rise in twin and adoption studies on intelligence, many of which were more systematic in nature due to advances in technology. Most supported earlier research and showed intelligence to be highly heritable and polygenic, meaning that it is influenced by many different genetic markers.

The researchers Robert Plomin, JC Defries, and Nele Jacobs were at the forefront of this new wave of studies. But this research was still unable to identify the specific genetic markers within the human genome that are connected to intelligence.

Genome sequencing technologies have taken the search for the genetic components of inheritance another step forward. Despite the seemingly endless possibilities brought forth by the Human Genome Project in 2001, actually using DNA-based techniques to locate which genetic differences contribute to observed differences in intelligence has been markedly more difficult than anticipated.

Genome-wide association studies (GWAS) began to take hold as a powerful tool for investigating the human genetic architecture. These studies assess connections between a trait and a multitude of DNA markers. Most commonly, they look for single-nucleotide polymorphisms, or SNPs. These are variations between genes at specific locations throughout a DNA sequence that might determine an individual’s likelihood to develop a particular disease or trait.

Originally intended to identify genetic risk factors associated with susceptibility to disease, GWAS have become a means through which to try and pinpoint the genetic factors responsible for cognitive ability. But researchers have shown that intelligence is a trait influenced by many different genes: they have so far been unable to locate enough SNPs to predict the IQ of an individual.

There’s a long way still to go, but this field is receiving a great deal of publicity. This raises several ethical questions. We must ask ourselves if this research can ever be socially neutral given the eugenic-Galtonian history underpinning it.

This kind of research could have an impact on human genetic engineering and the choices parents make when deciding to have children. It could give parents with the money and desire to do so the option to make their offspring “smarter”. Though genetically engineering intelligence may appear to be in the realm of science fiction, if the genes associated with intelligence are identified, it could become a reality.

Some researchers have suggested that schools which have a child’s genetic information could tailor the curriculum and teaching to create a system of “personalised learning”. But this could lead schools to expect certain levels of achievement from certain groups of children – perhaps from different socioeconomic or ethnic groups – and would raise questions of whether richer families would benefit most.

Whether calling it “intelligence”, “cognitive ability”, or “IQ”, behavioural genetics research is still trying to identify the genetic markers for a trait that can predict, in essence, a person’s success in life. Given the history of this field of research, it’s vital it is conducted with an awareness of its possible ethical impact on all parts of society.

Author Bio:Daphne Martschenko is a PhD Candidate at the University of Cambridge