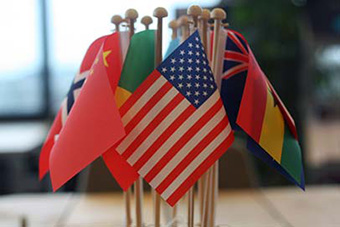 If you were to compare a Dutch university classroom from the 2000s with one from today, one difference would jump out at you: the international character. Over the past decade and a half, internationalisation has taken flight in the Netherlands.

It is not the exchange students that make the difference, even though their numbers have grown steadily. Rather, it is the number of degree-seeking international students we find in our programmes – and we should be all the happier for it.

One way the international classroom affects students is the time they need to graduate. In our universities, we have found that international students have a more diligent attitude towards their studies than Dutch students do: they show more zeal in studying and tend to obtain their degree more quickly.

From Dutch nationals, only 35 per cent obtain their degree within the standard time set for the programme, whereas 60 per cent of international students do. This goes for both bachelor’s and graduate programmes.

Here, Dutch students can learn from international students that finishing within the set time is not an impossible feat. At the same time, international students might see that taking an extra year in order to partake in extracurricular activities might be very valuable indeed. This is just one example of how the international classroom invites different perspectives and encourages students to reconsider their own stance.

In recent discussions, however, another argument seems to prevail: the fear of losing a distinct national identity in the university. Most recently in the Netherlands, this has become apparent in the debate about English as a teaching language in universities. Some consider the language level of professors sub-par, and would only be satisfied with what they might term “Oxbridge English”. We do take such concerns seriously, and invest further in the language proficiency of teachers and students.

At the same time, however, we may wonder whether Oxbridge English is really a standard we should strive for.

The rising numbers of students from the UK in the Netherlands, and their “customer satisfaction”, shows that the current English language proficiency is not keeping native speakers away. Others question universities’ motives for teaching in English. In its most extreme version, this argument assumes universities make money off of international students. This is simply untrue, as tuition fees are set to cover the cost of education.

Teaching in English is the very thing that allows us to create an international classroom. It allows student to be exposed to the latest research findings from an international perspective, which are increasingly published in English. Moreover, our national identity does not hinge on the exclusive use of the Dutch language. The small country that is the Netherlands has always promoted knowledge of other languages, to be able to connect with the world around it.

Author Bio: Karl Dittrich is president of VSNU (Vereniging van Universiteiten), an association of 14 research universities in the Netherlands.