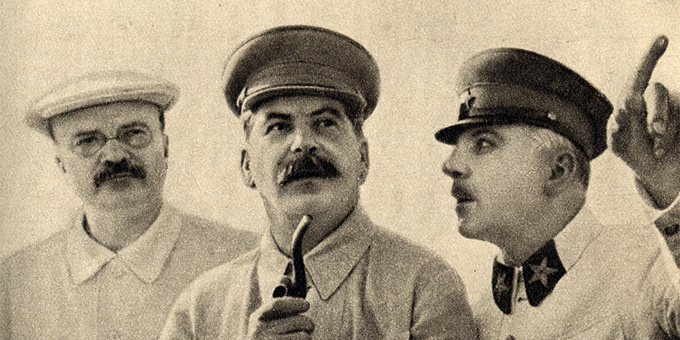 In Chicago there’s a sports talk radio station with a couple of afternoon hosts who insist that their callers think critically about the topic at hand. When Patrick Kane, the Chicago Blackhawks hockey star, was accused of sexual assault, callers would try to talk about the case with references to their beloved “Kaner.” The hosts would have none of this. They said that if you spoke about the matter with references to “Kaner” you were already biased and had prejudged the case. If a caller tried to say that “Kaner” must be innocent, the hosts hung up on him.

I thought this was a bit harsh, probably because I think sports fans must be allowed their unthinking fun. But as more and more colleges and universities install speech prohibitions in the name of fighting “justice” and “oppression,” I’m starting to admire these two radio hosts. If one should think critically about even sports, how much more necessary is it to think critically at institutions that are supposed to teach, well, critical thinking?

What sort of business are colleges in? They are in the business of fighting and curing ignorance. That’s it. This is not a matter of idealism but of fact. To try to turn colleges into anything else is to think one can milk sharks on land and see cows swim a thousand fathoms beneath the sea. Colleges are designed to fight ignorance, period.

But if they wish to fight against racism not in the name of fighting ignorance but of opposing injustice, then they should become political activists instead. They should not be academics. We hardly expect political parties to fight ignorance with truth. Politicians exaggerate all the time, when they aren’t outright lying. Neither Bernie Sanders nor Hillary Clinton, not to mention Ted Cruz, gets terribly high marks from the fact-checkers that assess their public claims. But Sanders, Clinton, and Cruz are not in the business of fighting ignorance via their correction of hasty generalizations and unsound conclusions. They are in the business of winning votes and getting power. There is nothing necessarily wrong with that (politicians have done a lot of good things), but it is political, not academic, business.

If colleges fight ignorance, they are doing what they are set up to do. If they focus on fighting injustice, they have bought into mission creep.

Once colleges “politicize” the fight against ignorance, they have turned themselves into conceptual muddles. They get into the same business that politicians are in, which involves skirting over or ignoring (that word again) inconvenient facts, overstating claims, and preferring power to truth. It doesn’t really matter if a professor, in his or her political life, is a liberal, conservative, radical, or reactionary. What matters isn’t that colleges may have tenured radicals. Roger Kimball’s once-famous phrase got that wrong. What does matter is if colleges have tenured dogmatists and politicos.

It would be better if students did not even know what their professors’ politics are. Professors should teach the disputes in their fields. They should be expert at presenting points of view with which they disagree. Only if, as the NPR show puts it, “all things” are truly and well “considered,” will ignorance be reduced. Whenever a college takes an official stand, however well meant, about what sorts of speech are expressly prohibited, then it has opened such legislation to readings that can penalize the most gifted of professors for intellectually honest remarks that nonetheless come to bear the ignominious label of “micro-aggressions.” Once the politics enter, a university can dishonor the contracts of creative teachers who take, in their private political lives, unpopular stands about the Middle East. What the case of Professor Steven Salaita revealed was not so much about the politicization of him (he is allowed political opinions on Twitter) but the politicization of Illinois’ premier state university.

Professors can be taken down from the political left and right alike. The war against ignorance loses yet another battle.

Politicians do not like unpleasant facts that take away their votes. But academics must always be open to them. George Orwell once said that he had a talent for noticing and facing unpleasant facts. That is why he is honored as one of the most honest of great writers.

One such cheerless fact today is that those who have suffered from oppression are not always experts in defining or understanding it as a matter of intellectual inquiry. This seems unfair, but it’s lamentably true. Another is that an honest conservative is to be preferred, on campus, to an illiberal with a speech-code agenda. Another is that colleges and universities, as institutions, are poorly equipped to spark revolutionary political change. And yet another is that those who want such change delude themselves into thinking that, through their doctrinaire classrooms, they are bringing it about.

Finally, another is that those to whom academics are especially allergic—small-government libertarians, cultural traditionalists, and strict constructionists—have coherent points of view. It is anti-intellectual simply to dismiss them. In the name of opposing ignorance via intellectual honesty and inquiry we should welcome them to campus and, if the moment calls for it, argue with them and invite them to argue with us.

Faculty members cannot count on deans to save them in the fight against ignorance, for deans are easily scared by disgruntled (and admittedly tuition paying) students who join together seeking absolute protection from various forms of bias. The players in the academy who are the least concerned about academic freedom, as a weapon against ignorance, are the deans who want a secure job and the students who want a sheltered environment. There is nothing sinister about this fact. But faculty members are the ones who most need freedom of inquiry and expression, and it is faculty who understand this principle that will have to fight for it, even if it also means opposing their politicized colleagues on the left or right.

When Stalin, a very political man, was told one of his aides that Russian physicists were “ideologically subversive” in their physics, Stalin demurred: “Leave my physicists alone. We can always shoot them later.”

Stalin was, as I said, a very political fellow. He was also, though this is generally forgotten, a most ignorant one. Even if you are a tenured politico, be glad that a minor league version of Joe is not your dean or department chair, or the head of your local anti-bias committee, which you have empowered with a speech code. Be happy that, at least, a more benign Stalin hasn’t appeared—yet—by your smart board or dry erase markers. Oh, and you probably won’t be shot.