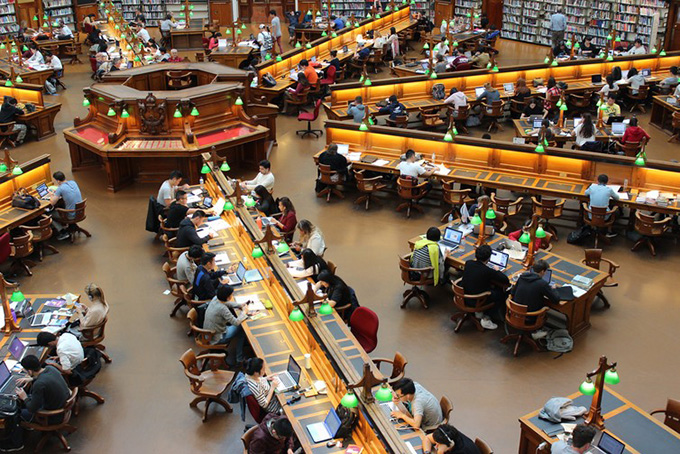 The percentage of Americans with bachelor’s degrees has remained unchanged in spite of public policies to push this number up, and other trends portend more trouble ahead, new figures from the Department of Education show.

A third of 25- to 64-year-olds had bachelor’s degrees last year, the same as the year before, the department reports. And while that is up from 28 percent in 2001, other countries in the Organization for Economic Cooperation and Development are making faster progress; the proportion of their populations with degrees has jumped from 15 percent to 24 percent in the same period of time.

Yet even as work continues to increase the number of American degree-holders, the figures confirm that U.S. college and university enrollment is going down, not up, falling from 17.7 million in 2012-13 to 17.5 million in 2013-14.

And the makeup of those students could provide cause for concern.

Fewer are full-time than part-time, when part-time students are statistically less likely to graduate. The students now in public schools who will eventually enroll in college are increasingly nonwhite—the proportion that is white slipped from 52 percent to 51 percent in 2012-13—when nonwhite students, on average, also have lower odds of graduating.

Even the so-called “earnings premium,” or the increase in salary that someone can expect with a bachelor’s degree, and which policymakers often use to prod students into college and convince them that the cost is worth it, fell slightly. The average annual earnings of 25- 34-year-olds with bachelor’s degrees or higher declined from $50,700 to $50,000 between 2012 and 2013.

The proportion of high school students who go immediately to college was also down, from a high of 70 percent in 2009 to 66 percent in 2013. Eighty percent of students from high-income families go to college, compared to 49 percent of children from low-income ones.

What people are getting for their money is also changing. The number of part-time faculty has more than doubled since 1993, and part-timers now make up about half of all faculty at colleges and universities.

There was some good news. The proportion of students who remain in school from their freshmen to sophomore years, rose slightly, from 79 to 80 percent, and the proportion who graduate within six years eked up from 59.2 percent to 59.4 percent. Both have been priorities for lawmakers and universities.