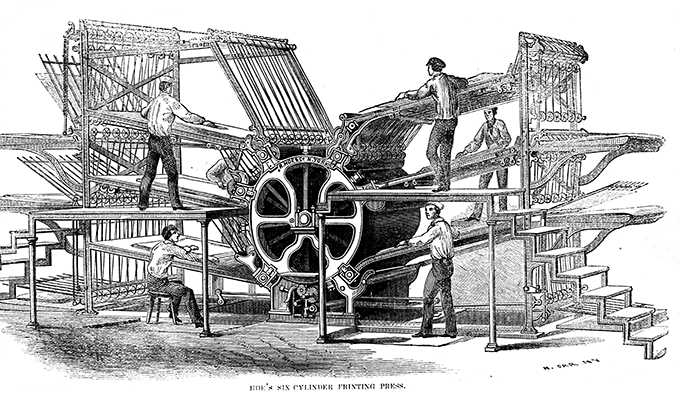 The southern hemisphere’s cold weather is a certain signal that winter conference season is upon us.

In the coming weeks academics – from many disciplines – will be spending freezing nights in student dorms and days exchanging disciplinary gossip on the plight of the universities and on what is new in their chosen field.

But after these issues, the single most important conversation between them will be how to negotiate the regime of publication that pervades contemporary academic life not only in South Africa but across the world.

The obligation that academic staff must publish is invariably presented as a virtuous thing. It is right and proper for academics to expand and extend the boundaries of their respective disciplines by publishing in outlets, as approved by their peers.

Moreover, a public that is often sceptical of the usefulness of universities is often told that academics publish in “the public good”.

But if academic publishing is so significant in the profession, why is it that the young and talented in the academy increasingly resist it, calling it formulaic, at best, and, at worst, a sweatshop? And why is it that old academic hands are simply no longer interested in contributing to the peer-review system that is at the heart of the system and without which the standing of the entire industry will falter?

For one thing, there is a dark, manipulative side in the ceaseless pressure to publish. So funding agencies use publication records to distribute money or rank scholars. Meanwhile academic managers use the publication record as a means to bring individuals in line.

For another, the current system privileges the journal over the book. This is very damaging to the Humanities.

If these reflect academic concerns, there are many, many economic ones. The costs of accessing journals – even in electronic form – punish university budgets as they strengthen the bottom line of publishing houses. The devaluation of the rand against major currencies has only added to the cost.

But the deepest scandal – sadly, there is no other word for it – is that, on average, a published work may not be read or cited in the short term. Often it may take years before a paper is recognised in the global academic community.

But local South African policy is not very helpful either.

Take the state subsidy for publications: the Department of Higher Education and Training must be satisfied that the publication is “accredited” (the code word for acceptable) by criteria that sometimes seem arbitrary.

This leads to great confusion. Will that publication qualify for the subsidy? Who can say for certain? Some outcomes are confusing. So it is bizarre when a university hesitates to submit a book written by the country’s leading academic because it may not be “accredited”. Or, worse, if a potential hiring by a university may be refused on the grounds that any potential publications would attract no accreditation.

In these circumstances, it is not surprising that there are calls for a rethink not only of the industry as a whole, but also of the “publish or perish” syndrome that currently seems inescapable.

The importance of slow scholarship

A helpful beginning will be to recognise that “slow scholarship” is as important as it is necessary. This will require understanding that deep research – especially, but not exclusively in the Humanities – requires what strategic theorist Albert Wohlstetter once called a high thought to publication ratio.

Then, global and local understandings of these issues require alignment.

On this particular issue, consider this admittedly extreme example from the pure sciences: the papers in which the discovery of the Higgs Boson were announced had 3,000 authors – such is the size of the participation in the largest experiment in the world – and were published in top international journals.

In fact, the Nobel Prize in Physics in 2013 was jointly awarded to Peter Higgs and François Englert, who were part of the theoretical effort in the mid-1960s in the postulation of the particle that bears Higgs’ name. Interestingly, Higgs was not an author on, nor cited by, any of these papers, even though his name is used everywhere in the research.

But because of the inverse weighting of publication units by number of authors, these groundbreaking papers, which indeed did have South African participation, attracted zero units, and so are not considered as part of any publication output in the local context.

Let us be clear: research and publishing is the oxygen of academic life. But the regimes of control that surround contemporary approaches to publishing are choking creativity and, with it, the profession itself.