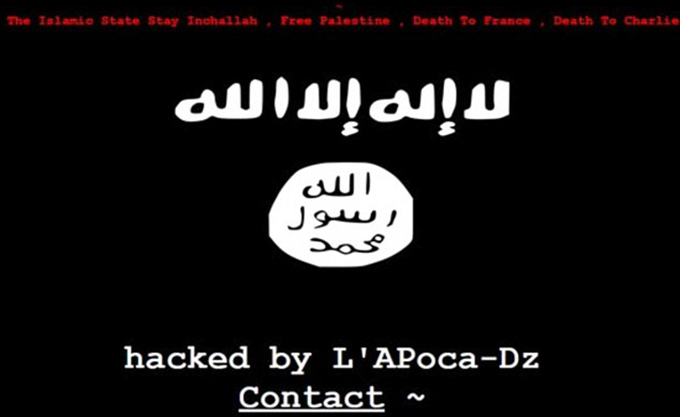 All over the world, the numbers and skills of hackers are growing. A 2016 Data Breach Report has outlined that the threat of hacking has substantially increased as technology gets more and more integrated into our everyday lives, and it’s unfortunate but true that even major companies are increasingly at risk. Hospitals have encountered ransomware, and both Forbes and the New York Times were hacked in recent memory.

And hackers are getting more sophisticated. Though there are thousands of data breaches in a year, which spill significant personal and financial information, increasingly hackers are using methods which pay. This includes using ransomware to hold important information or hardware ‘hostage’ until its owner pays a sum of money to the hackers, and sometimes even manipulating financial transactions. And as hackers grow more sophisticated, they are able to target businesses and individuals most sensitive to their attacks.

And unfortunately, ISIS, a known terrorist organization, is growing its own group of talented hackers.

According to a recent report by Flashpoint, a cyber-security company, several ‘hacktivist’ groups which support the activities of the ISIS terrorist group are unifying and growing in number. Though there’s been no public acknowledgement of these groups by ISIS, they do include some influential hackers. Some of their members are known to have successfully accomplished hacking feats including hacking Tony Blair and hacking the information of U.S. government and military employees.

The individuals within these hacktivist groups often rely on social media to conduct meetings, plan attacks, and publicize the results of those attacks. But according to analysts following these groups, not all threats which they publish are legitimate, a fact which has made it difficult for authorities to prepare or identify their locations. According to the Flashpoint report, as many as four separate hacking groups united in support of ISIS, under the new moniker of the ‘United Cyber Caliphate’. Though until recently ISIS cyber-attacks have been relatively unsophisticated, this may cause some worry about the ability of ISIS to do more meaningful damage to governments and military agencies.

News outlets which studied the report and followed press released by government agencies have urged populations not to be too concerned about this newest development. But as far as terrorist movements go, ISIS has leaned heavily on technology to conduct its operations and recruitment, using social media in particular. But it is true that, to date, the most successful hacking attempts by ISIS have been to compromise U.S. government Twitter accounts, including the Twitter account of the U.S. Central Command. Without much sensitive information available on those accounts, the attacks amounted to little more than Twitter layout changes.

How to Protect Yourself ?

With hackers becoming a more significant everyday threat — whether they work for ISIS or no — how can you protect yourself? We have a few good tips.

The most obvious is to practice safe web browsing habits, both on your computer and on your mobile devices. Avoid giving out personal information through forms, clicking on unfamiliar links, and downloading unscanned files. You should also clear all your web browser data regularly.

You should also probably regularly run your antivirus for pc more often than you do, and routinely scan your computer and mobile devices for malware. If you don’t have your operating system’s firewall activated, you should correct that, and also activate your router’s firewall. And, most importantly, avoid using the internet on public networks! On most public networks, any competent hacker can monitor your activity.