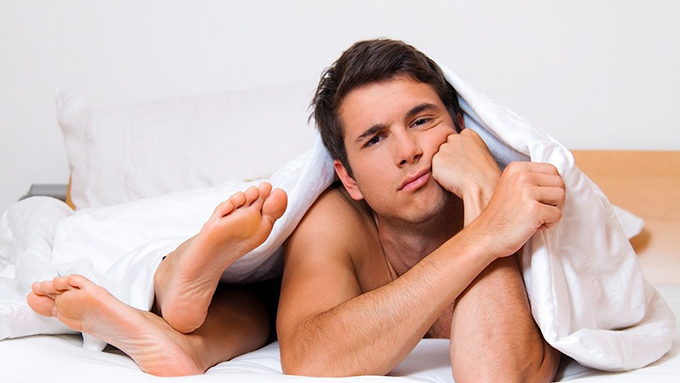 Ever since former presidential candidate Bob Dole announced that he had erectile dysfunction it has become common and even blasé for men to discuss their own sexual dysfunctions, especially if they are diabetic. However, women diabetics also suffer from sexual problems as a direct result of their diabetes.

According to the National Diabetes Information Clearinghouse, 42 percent of women with Type 2 diabetes have sexual problems, while 18 to 27 percent of women with Type 1 diabetes also suffer problems. Unfortunately, not many studies about diabetic women’s sexual problems have been done. This is partly because diabetic women are often reluctant to bring the topic up with their doctors or even with their sexual partners.

The highs and lows of blood glucose levels cause more problems for women than just creating the need for Contour strips and glucose meters. The constantly fluctuating levels can cause nerve damage which can make normal sexual responses such as attaining an orgasm problematic.

When a woman is sexually aroused, her vagina produces copious amounts of moisture in order to make sexual intercourse comfortable. Unfortunately, diabetic women often have problems with vaginal dryness, even if they are sexually aroused. This causes painful sex. Diabetic women approaching or going through menopause usually cannot avoid dealing with vaginal dryness due to the decrease in estrogen.

Another study in 1986 focused on women with vaginal dryness. Of the diabetic women who participated, a whopping 89 percent claimed they developed lubrication problems after they received their diabetes diagnosis. Women suffering from chronic high blood sugar will often suffer from vaginal dryness. These women can sometimes be helped by better monitoring of their blood sugar levels to keep the levels even throughout the day.

Use of over the counter sexual lubricants can sometimes help. However, if these lubricants do not help improve a diabetic woman’s sexual experience, she will need to visit her doctor or gynecologist for prescription lubricants. Keep in mind that the conversation may get explicit. Women may be encouraged to try different positions for sex. They may need to see a counselor for this information. Diabetic women are also encouraged to perform Kegel exercises as much as they can.

Difficulty or Inability to Achieve Orgasm

Diabetic women who previously had little or no problems achieving orgasm may suddenly discover they have problems. This is in part due to the nerve damage common in diabetics. The body just cannot respond as it did previously. There are many complicating factors that could also contribute to an inability to achieve orgasm, such as:
• What medications the woman is taking
• What alternative therapies they are taking, such as herbal supplements or acupuncture
• How drastic her blood sugar levels rise or fall
• How well she is able to maintain her blood sugar level
• If she is a smoker
• If she is obese
• How old she is
• What other medical conditions she suffers from, such as high blood pressure, urinary incontinence or frequent bladder infections.

Despite old wives tales or what women may learn from friends, it is not normal for a woman to lose the ability to have an orgasm. Diabetic women should talk to their doctors or gynecologists about the problem. They may need to have a full pelvic exam or a complete blood cell count in order to pinpoint the exact problems. Some women may be able to achieve orgasm through self-stimulation or stimulation by a partner rather than through intercourse.

Another common complaint among diabetic women is that they have little or no sexual desire. Each woman has her own “normal” level of sexual desire. There is no “normal” measurement of sexual desire that applies to all women. Some women will naturally be more interested in sex than others. It is up to the individual woman to determine if she is suffering from a lack of normal sex drive.

It is not a character flaw to suddenly lose one’s sex drive. It is due to mechanical problems with the diabetic woman’s body and is not a sign that the woman is not interested in her partner or is turning into another person. Get ready to talk frankly with a doctor or gynecologist about lack of sexual desire.

There are as many causes for lack of sex drive as there are for an inability for a woman to achieve orgasm. Factors include body weight, medications taken and if the woman suffers from other medical conditions like depression. Many antidepressants or anti-anxiety medications can cause lack of sex drive. Bring a list of all medications and herbal supplements to a doctor’s appointment.

Diabetic women are urged to stop smoking and avoid tobacco smoke whenever possible. Tobacco smoke can make an already complicated situation worse for a diabetic. Tobacco use is known to slow down circulation which can complicate nerve problems. Nerves rely on blood flow in order to function properly.

Many diabetic women struggle with obesity, especially for women with Type 2 diabetes. Smoking can interfere with a body’s normal metabolism or the rate in which the body burns off calories and digests food. Smoking also dulls the taste buds, making a smoker more prone to eat foods rich in fats and sugars because they can be tasted.

Smoking can also interfere with blood pressure levels. Diabetic women with high blood pressure not only suffer from sexual problems, but are more prone to heart attacks and strokes than women who have normal blood pressure. Smokers also tend to not be very active due to breathlessness. By quitting smoking, a diabetic woman can help herself become more active in order to lose weight and maintain a healthy body weight.

For those who are managing diabetes, the concerns go far beyond figuring out what foods should be eaten, or which testing meter works best with Contour Next test strips. Many diabetic women are simply not aware that their sexual problems are treatable, according to the president of health education for the American Diabetes Association. Women may have a difficult time admitting that sexual dysfunction has come along with the disease, but fortunately they have options if they seek help.