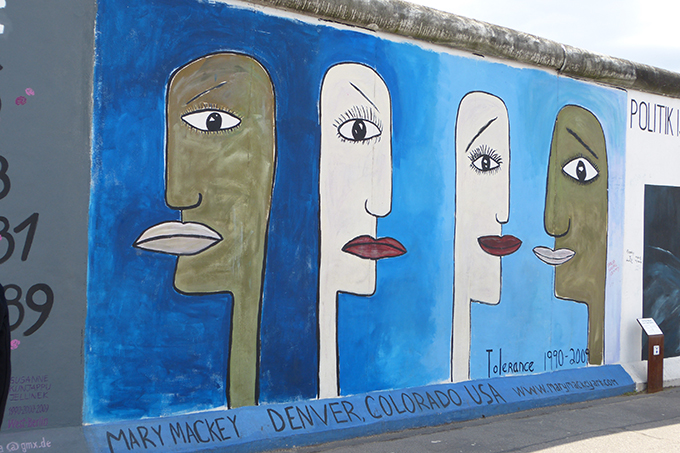 Opinions are not hard to come by, but merely having a position is not enough. The great achievement is in having a point of view that is defensible, that does not buckle under the pressure of scrutiny. The same is true of belief systems. Most people are interested not only in believing things, but in believing things that are true. The distinction between opinions and correct opinions, beliefs and true beliefs, has important implications, one of which is denying that all beliefs are on an equal footing. Likewise we should reject, without hesitancy or shame, the idea that all beliefs are equally deserving of respect.

The second of those claims may seem shocking to many who have been bred and raised in a liberal society, in which the hymn of tolerance and acceptance is sung in deafening tones. Misinterpreted and misunderstood, this particular hymn tends to blindly funnel common sentiment toward the myth of moral relativism.

Though fraught with problems, moral relativism still has traction. It seems well intentioned, emerging from the premise that we should have a healthy appreciation for traditions that differ from our own. Its emphasis on acceptance stems from the realization that no single group (or society, or culture) has a monopoly on propriety or wisdom. Morality is thus viewed as merely the set of common values that have won social approval. The same sort of argument can easily be extended to religious practice, yielding a religious relativism of sorts. We acknowledge the right of all to adhere to whatever religious doctrine they choose, and we praise restrictions meant to prevent interference with these choices.

Those considerations were likely at play in the recent controversy at York University, in Ontario. A university official overturned a professor’s refusal to grant accommodation to a male student who had asked to be excused from a group assignment. According to the professor, J. Paul Grayson, the student argued, “Due to my firm religious beliefs, … it will not be possible for me to meet in public with a group of women.” Believing that granting the student’s request would make him “an accessory to sexism,” Grayson declined to cooperate, leading Canadian academics to debate the extent to which claims of religious privilege should be accommodated in secular institutions.

We may agree that tolerance and acceptance are good values to have, but where religious beliefs are concerned, just what is it that we are supposed to tolerate and accept? Is it simply someone’s right to have certain beliefs? For most people, that is easily done. While we may question the content of a person’s beliefs, we do not normally deny his or her right to have them.

But is there more to it than that? Are we also required to respect and accommodate the beliefs themselves? (“Yes! Of course! Most certainly!” shouts the choir, as the hymn goes on.)

Suppose a student uses a certain biblical passage as a basis for holding a racist doctrine that regards non-Caucasians as inferior and unfit: Must we still respect these beliefs? The same student might request to be excused from a group assignment: “Due to my firm religious convictions, … it will not be possible for me to meet in public with a group of black people.” Is that request for accommodation any different from the one involving women?

This question has been put to York University administrators, but no clear answer has been given, perhaps because the answer is likely to be unpalatable. The real case and the hypothetical one are analogous: Both include an assignment that allegedly infringes upon certain religious teachings; both students refuse to interact with a specific group of people and request exemption on the same grounds; and in both cases the remedy sought involves a change in the requirements of the course. The only difference is in the identity of the group involved—women in one, blacks in the other. Unless the two cases can be shown to be relevantly different, we have every reason to believe that York’s decision in the hypothetical case, too, would be one of accommodation.

The moral and policy issues are just as relevant to American educational institutions as they are to Canadian ones, for both countries acknowledge and respect an individual’s right to worship. But what if a student refuses to interact, not with female classmates, but with female professors? Do we still accommodate? What if a student refuses to work with an Asian registrar, or an overweight librarian, or a bespectacled program adviser (all, we may suppose, for religious reasons)? We might even imagine a situation in which a professor discovers salvation in a doctrine that prohibits all interactions with students. Would the university where he is employed continue to pay his salary? This is not a slippery-slope argument, but one that points to an urgent question: Where do we draw the line?

An attitude that is marred by bias and discrimination, that segregates a particular group of people and singles them out for differential treatment, is rendered no more legitimate or worthy by claims of religious freedom. The right to practice one’s religious convictions, like any other right, must have limits, and there is no better place to draw the boundary than where it threatens to compromise a fundamental respect for all human beings.

This fundamental respect should be the paradigm of a secular society, second to no other consideration, and a basic principle by which all individual liberties must be constrained. Roaming in the perfect privacy of our minds, unencumbered by the rules of social graces, thoughts and beliefs may be free. But overt behavior is not, nor should it be.

Perhaps the saddest part of the whole affair is the opportunity that York University has lost: the opportunity to assume a principled stance; to defend half of its student population from the indignities to which some may want to subject them; to say with a clear and crisp voice, “We will not accommodate sexism. We will not encourage discrimination by giving it a platform. We will not allow religious freedom to be used as a sanctuary for bigotry. We will not join the choir and sing the hymn indiscriminately.”