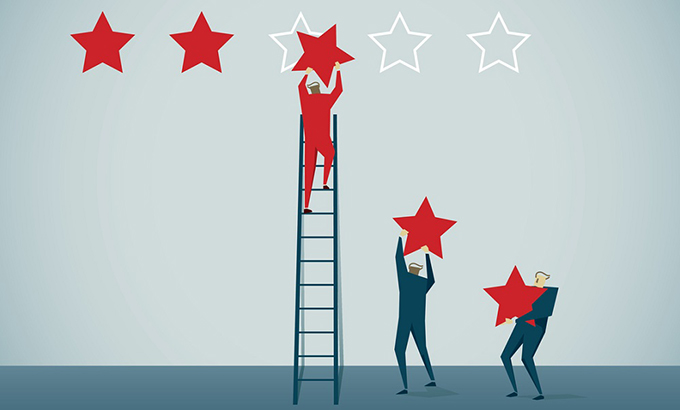 The evaluation of students by notation has been the subject of numerous criticisms, in particular from the didactician of mathematics André Antibi, who denounced, in a resounding way, a “macabre constant” . The formula refers to the social pressure that would push teachers, for the assessments to be considered credible, to put a certain percentage of bad marks regardless of the level of the class.

If this analysis has met with multiple echoes since its first appearance in 1988, the grades do not seem to have since descended from their pedestal in the school and university world. They continue to play an essential role, both in examinations, such as the baccalaureate, and in orientation or assignment procedures, such as Parcoursup, or Affelnet.

Should we conclude from this persistence that grading is an unavoidable necessity when it comes to testing students’ knowledge and determining their achievements? Should we see a necessary evil, for lack of being able to assess better? Or are there alternatives?

We are indebted to André Antibi, who died in May 2022 , for a double contribution, as instructive as it is useful. First of all, we owe him the highlighting of what he designated, according to the formula quoted above, and which struck people’s minds, the “macabre constant”. He defines it as “the roughly constant percentage of failure that there must be in any evaluation for it to appear credible”.

It is as if the evaluators postulated that there must be, in a distribution of marks, whatever the level of the group, “a sort of constant: the proportion of bad marks”. Hence a constant distribution of the pupils into three more or less balanced groups – with marks higher than those of the others for the first, results in the average for the second and lower than the average of the class for the third – each containing about a third of the subjects assessed. This artificially creates failure for students classified in the last third, then victims of “a form of violence” .

For Antibi, it is “society” which has “established this constant”, by making “teachers play a role of selectors in spite of themselves”. Social pressure for ‘underhand selection’ forces teachers/evaluators to play the ‘unpleasant role’ of social selector. The remedy would then be simple: restore “to the teacher his true role: to train (and not to select”.

This is how Antibi’s second decisive contribution can be understood, in the sense of an evaluation that would be more in keeping with this real role, in other words a “formative” evaluation: Evaluation By Contract of Confidence (EPCC). This would make it possible to start replacing the “implicit contract” of selection “dictated by society” with an explicit contract for an evaluation put at the service of the students, a contract dictated by their main need: to learn.

Assessment by Contract of Confidence is based on the idea that one should not seek to trap the pupil, but on the contrary to encourage him. This can be done by means of an assessment developing in a “climate of trust”, being more intended to assess knowledge than to classify students: “The principle is simple: the student has a list of ‘exercises covered in class, and he knows that most of his subject will be made up of exercises from this list’.

It should be noted, on the one hand, that this evaluative practice can only concern “checks” carried out in class, during learning. And, on the other hand, that Antibi’s criticism relates only to a questionable use of evaluation by rating, and not to the principle of rating itself. Because the “macabre constant”, representing only a “dysfunction”, is not inevitable. One could very well imagine, and judge desirable, a distribution comprising only good notes!

By restricting the scope of the evaluation to what has actually been worked on and learned, the EPCC makes it possible to reward the work, and not to transform each control into a competition classifying the pupils. But, if it seems to bring together certain social and pedagogical conditions for a better consideration of learning outcomes, it in no way guarantees, on the one hand, a relevant assessment of the pupils’ achievements; in itself, it does not ensure that the marks awarded are objective and fair.

On the other hand, it does not call into question the relevance of the notation, not asking the question of knowing how a note would really have the capacity to translate the reality of learning. Isn’t there anything better to do than write down? If we must refuse a notation that unfairly produces bad students, should we accept the notation as a relevant means of evaluating?

The real problem is that of the production of the note, or rather of the appreciative judgment that the note is supposed to express, a judgment that could be expressed in other forms. Because the judgment which, in the evaluation, translates the appreciation of the acquired knowledge of the pupils, obeys a double constraint. That of translating as objectively and exactly as possible the reality of a state or level of competence (problem of grasping reality). And that of translating this reality in a clear and operational way (problem of communication of the result of the entry).

However, the note, by its appearance as a measurement result, seems to respect the second constraint. But it makes us forget the first, which we consider to be automatically respected (what could be more immediately objective than a measure?). The main difficulty is that the evaluation is not a measure in the strict sense, and that the mark gives a false impression of rigor.

To evaluate means to formulate a judgment on the acceptability of a situation by reference to expectations. The school evaluator is looking for useful information to support a defensible judgment on the level of the pupils. Two main types of situation can then be distinguished.

Or he will need enlightening information on the state of progress of each student in his learning, in order to help him progress. Assuming then that he finds (as the EPCC tries to do), methods and relevant evaluation tests, respecting the first constraint, the note, by its dryness, and the weakness of its power of information, is far from being the best way for him to express his judgment.

He may, for example, prefer communication tools such as analytical observation grids, based on concrete descriptors of activities revealing (or not!) the knowledge or skills targeted. A “formative” assessment, during learning, hardly needs any notes. And teachers/evaluators can rightly be asked here to “assess without grading” .

But, in a second major case, he may need “classifying” information, that is to say information allowing individuals to be compared according to their “performance” in specific areas, in order to make sorting, or to choices, with a view to certification, or, more broadly, to selection.

It must be recognized that the closer we get to a certification threshold, such as the baccalaureate, or orientation, such as the choice of courses after college, or training for entry into teaching higher, and the more the decision-makers (juries, commissions working in the assignment systems) need “classifying” information, easy, if not to interpret (what does the score of 11.5/20 mean?), at least to manipulate ! Because it will be necessary, in fine, to distribute on a vertical scale, and to classify, if only in two piles: received/pasted; acquired/not acquired.

As long as it is therefore necessary, in a way, to feed the “algorithmic ogre”, in its function of aid to choice, and to decision-making, the apparent clarity, and the apparent objectivity, of the note, make it a very convenient information tool, which is (and will be) very difficult to do without.

But does ease of use justify the denial of ambiguities and difficulties? Can we continue to act “as if” the mark were a certain and indisputable measure of school performance? Antibi was right on this point: it is the pressure that society exerts in favor of selection that causes “dysfunctions” such as the “macabre constant”.

But each time a selection proves necessary, the temptation to score becomes almost irresistible. Can we, in the latter case, do without notes? It would be necessary to be able to replace them with other simple and telling benchmarks… which have yet to be invented! Good inventor, hi!