Individualism makes America unhealthy and unequal, and college admissions offices have the power to do something about it. So argues a short but important report, Turning the Tide, released last week by the Making Caring Common (MCC) Project at the Harvard Graduate School of Education.

College admissions offices send messages to students about what society values. To change the message that individual achievement matters most, the report recommends admissions practices that balance intellectual and ethical engagement. It advises strategies for assessing community service and diversity experiences. Ultimately, it wants to redefine achievement to reduce pressure on students and improve access for low-income students.

Is this report part of a sea change in higher education?

As a professor whose research examines merit and diversity in academic gatekeeping, I think the answer to this question is a clear yes.

The question is, will their recommendations work?

The report is on the right track

For years, guidance and college counselors have prodded students to apply to colleges with the right fit, not just the best ranking. And educators have pushed to align preferences in admissions offices with higher education’s public mission.

In 2003, Harvard law professor Lani Guinier proposed that admissions consider both academic and democratic merit. She argued that if colleges’ mission includes preparing leaders for an increasingly diverse democracy, then admissions should reward potential for such leadership.

How to recognize and measure that leadership potential, like other so-called noncognitive factors, is still up for debate. But MCC’s call to consider “authentic” experiences with diversity and “ethical engagement” fits with a more democratic notion of merit. 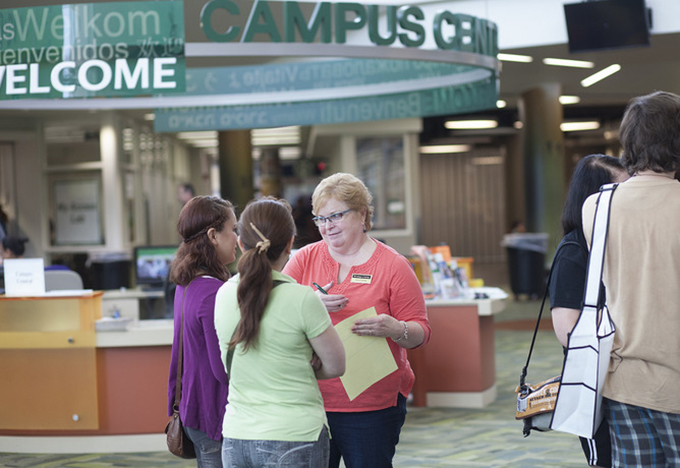 Admissions officers strive for holistic review. But does it work? COD Newsroom, CC BY

Around the country, educators are huddling to develop, test and refine models of holistic review that honor students’ diverse strengths. Administrators and faculty are hungry for strategies that will help their student bodies reflect the country’s demographic diversity.

There’s a spirit of experimentation in admissions today that the strategies in Turning the Tide can support.

Here are my concerns

I applaud MCC’s initiative and support their goals in principle. However, I have at least three concerns with their recommendations:

First, it’s not clear that they align with evaluation practices in admissions offices.

MCC wants to deemphasize AP courses, for example, but this won’t be a powerful lever for change. The 2014 State of College Admissions report of the National Association for College Admission Counseling (NACAC) documents that since 2002, no more than 10 percent of college admissions offices treat AP/IB scores as a major factor in their decisions.

Second, the strategies it will take to enroll more low-income students in selective colleges are not the same ones needed to reduce achievement pressure.

Everyone worries about the lack of transparency in college admissions, but concerns about pressure are largely coming out of upper-middle-class and wealthy families.

In many low-income high schools, where the real college access problem is, the concern is obtaining access to rigorous coursework and college preparation generally.

Third, even in systems that tend toward greater equity, the wealthy usually find ways to protect their privilege.

One way they do so, sociologists have shown, is by investing their resources in keeping up with the changing terms of access to high-status social institutions, including educational ones.

Participation in focused test preparation is one example, although scholars debate its benefits.

Or take my college-frenzied city of Ann Arbor: Less than three months after 80 selective colleges announced they would develop a shared online application with a digital portfolio, the city’s community education provider started offering US$49 workshops titled “How to Apply to Elite Universities.”

It is telling that they marketed the workshops to parents, not teens.

The fact is that “ethical engagement” could easily become the next dimension of merit through which privileged families preserve their competitive advantage.

The final recommendation of Turning the Tide – broadening students’ ideas about what makes a good college – is perhaps the most important and difficult one.

Parents, employers, and graduate programs also need to take a broader view on college pedigree if they want to persuade students to do so.

Looking to how graduate programs judge what makes a good college, my own research has revealed how faculty in top-ranked graduate programs think about college affiliations when admitting Ph.D. students. I interviewed 68 professors across 10 programs and observed admissions meetings in six of them. 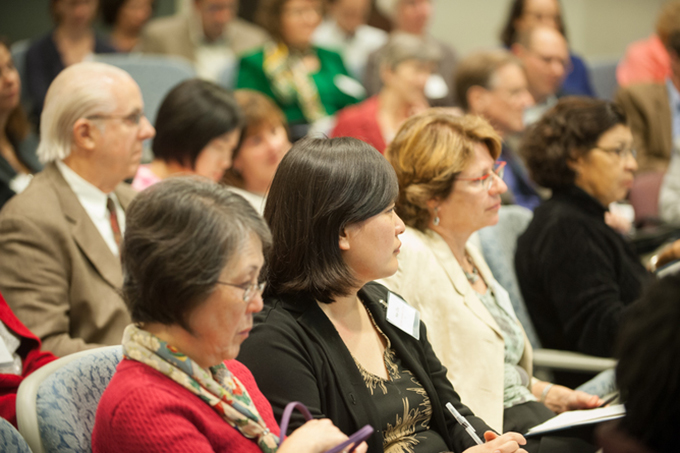 Faculty routinely assessed college GPA based on the perceived quality of the institution where grades had been earned. They felt this enabled them to distinguish among the many applicants with high grades.

Across the humanities, social sciences and natural sciences, professors in every program described being “impressed,” “excited” and “dazzled” by affiliations with the Ivy League, as one might expect.

Beyond a belief in the superiority of their training, professors admitted being drawn into the cultural mystique surrounding elite higher education. A few noted that students from elite institutions were “presocialized” or “confident enough” for programs like their own.

One waxed eloquent about the brilliance of his own undergraduate peers at Yale, while others assumed that students who had survived the gauntlet of elite undergraduate admissions must truly be “better.”

They also looked favorably on less prestigious institutions with respected undergraduate programs in their discipline. They admitted to me or revealed in committee that they had a hard time trusting applicants from unfamiliar institutions and ones with mediocre reputations.

Like the messages that parents send their children, how professors read college affiliations in graduate admissions sends messages to young people about what makes a good college.

MCC is right that updating admissions is a great strategy for cultural change. Admissions priorities subtly coerce adolescent behavior. A growing number of families organize their children’s time and very lives to put them on a trajectory that (they think) will land them in college.

But to really alter the messages about achievement that students hear, change shouldn’t be limited to the admissions office. Parents, employers and those of us who work in education also need to lead by example.

Author Bio:Julie Renee Posselt is an Assistant Professor of Higher Education at the University of Michigan