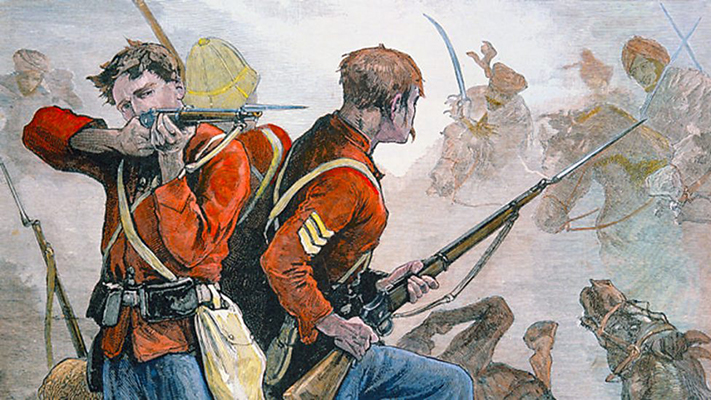 The Rhodes Must Fall in Oxford campaign has drawn attention to the way Britain continues to live with the legacies of its empire – and the failure to confront the history of its imperial exploits.

Media attention on the campaign has focused primarily on a group of students’ attempt to remove a statue of the British imperialist Cecil John Rhodes. But a key component of the campaign is a quest to de-colonise Oxford’s curriculum by making it less eurocentric and by including more works by people of colour and women.

To be fair to Oxford, such a critique could be made of many – if not most – institutions of higher education in Britain and the West, not to mention primary and secondary schools. England’s new national history curriculum for five to 14-year-olds, which was rolled out in 2013, offers a case in point: it whitewashes empire and its legacies.

While the curriculum does cover the slave trade and aspects of the history of empire, it manages to avoid tackling the actual impact of empire on either colonised peoples on Britain – or its ongoing effects.

The curriculum embodies a tension between a “little island” version of history and a history that positions Britain as a part of global processes, contacts and connections. As the statutory guidance for history programmes of study puts it, students should know not only “the history of these islands as a coherent, chronological narrative”, but “how Britain has influenced and been influenced by the wider world”.

There is a non-statutory option (which schools are not required to teach) in Key Stage 3 of the curriculum (for 11 to 14-year-olds) on “the impact through time of the migration of people to, from and within the British Isles”. Apart from this there is very little in the curriculum on how Britain has been “influenced” by the wider world.

Narrating Empire as a triumph

The suggested topics relating to empire – all of which are in Key Stages 2 and 3 of the curriculum (for seven to 14-year-olds) – are all non-statutory, and focus predominantly on political, military and religious history. They all concentrate on the beginnings or ends of empire, not on what happened in between, therefore effectively ignoring the violence of empire and its effects.

The government’s guidance, for example, recommends that pupils study “the first colony in America” and the “first contact with India”. In other words, not the nature of British colonisation, its effects on indigenous peoples, or the ways in which it shaped Britain.

British colonialism in India crops up again in the guidance, but only in terms of “Indian independence and [the] end of Empire”. Children would therefore, presumably, have little idea at all what happened in India between “first contact” and Indian independence.

There is a similar treatment of the United States in the guidance, with the American War of Independence and the civil rights movement recommended as two additional topics. Such omissions of the periods in between make possible a triumphalist, nationalist historical narrative that renders empire a positive historical force in giving birth to nation states. This, the guidance implies, was a beneficial historical development – though colonial critics such as Mohandas Gandhi and Rabindranath Tagore would undoubtedly have disagreed.

Ireland, perhaps even more astoundingly, receives similar short shrift in the guidance. Other key British colonies – such as Australia – are not mentioned at all.

A history of white men

The one seeming exception to such whitewashing is teaching of the transatlantic slave trade, which the guidance says should focus on both “its effects and its eventual abolition”. But again, not only is the study of slavery non-statutory, but the narrative of slavery suggested in the guidance is again a triumphalist one. It positions slavery as having a clear end, with no enduring legacies – at least on Britain and the peoples it colonised.

Such legacies are, instead, displaced onto the US, via the civil rights movement. The curriculum guidance sidesteps the whole issue of empire and violence. While it includes topics on the Holocaust and the two world wars, colonial genocides and what historian Mike Davis has termed the “late Victorian Holocausts” – droughts, crop failures and famines exacerbated by European imperialist policies in which as many as 60m people died – are completely elided. 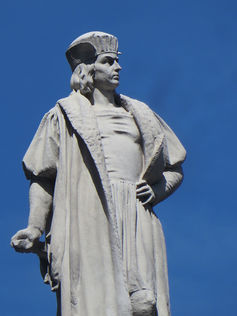 The progenitor of colonial genocide, Cristóbal Colón (still referred to, in the guidance, by his anglicised name Christopher Columbus) is positioned as an example of a “significant individual” who has “contributed to national and international achievements”. Yet he wasn’t even the first person to “discover” America, but the last.

This history curriculum that the guidance lays out is ultimately a history of white men. Not only does it devote considerable attention to war, politics, and military history, but women’s and gender history are notably completely absent. Non-white peoples play a small role as historical agents, particularly in British or wider Western history.

We still have a long way to go in decolonising, de-racialising and de-masculinising our past.

Author Bio:Deana Heath is a Senior Lecturer in Indian and Colonial History at the University of Liverpool