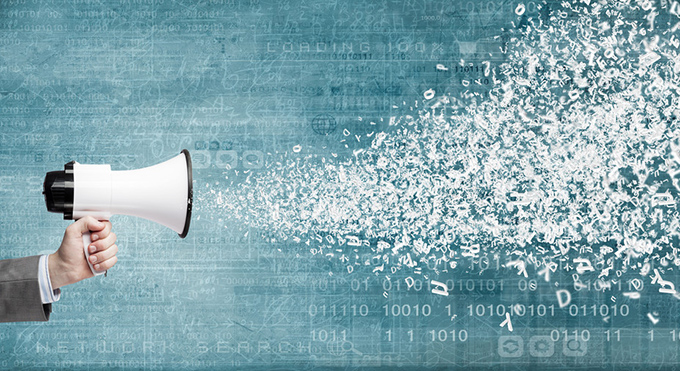 Auguste Comte, the French philosopher who, amongst other things, coined the term “sociology”, had a large mirror above his writing desk, so he could pause to admire himself as he wrote. There is perhaps no better symbolic image of academic vanity than Comte’s mirror.

When I discovered this and shared it on Twitter, I received a response from @AviGoldberg, who wrote wryly: “Today, he’d check Twitter?”

Avi put his finger on something. In the digital age, has Twitter become a new medium for academic vanity – the digital equivalent of Comte’s mirror?

There are some academics who use Twitter solely to advertise themselves; some universities, too, use their Twitter feed for little more than institutional boasting, rather than engaging in genuine dialogue or interaction. Moreover, there is a shadow game of academics watching each other on Twitter to see who is going to blink or react. For instance, triumphant heads of department or vice-chancellors gloat about the success of their institutions in the research excellence framework, while the Twitter feeds of those professors who sat on the REF panel fall silent.

Academic Twitter can also lend support to the culture of audit within university life, through a kind of enforced visibility. Academics increasingly have to demonstrate their profile, audience and impact on the world. A large Twitter following provides a convenient metric of academic celebrity and standing. As Caroline Knowles and Roger Burrows write, “It’s not what we do that matters but what we are seen to do by those who count or who can be counted.” Thus, Twitter has become a new weapon in the academic dark arts.

What I like about academic Twitter is that it allows me to follow the fascinations of others. Tweets are often alerts to things going on in the world – a great article, an important book, a breaking story. It enables the circulation of hunches and tips, the lifeblood of scholarship. There is something so valuable in the possibility of inhabiting the attentiveness of another writer. All writing does this, but the Twittersphere gives access to an author’s embryonic ideas, preliminary notes and evolving thought processes, as they are happening.

While Twitter offers universities a medium for corporate publicity, it can also flatten academic hierarchies. It brings professors into dialogue with GCSE students and academic researchers with political activists. Very often, Twitter creates a sphere in which a “citizen sociology” can come to life, albeit fleetingly. This is particularly the case where tweets are linked to online publications or podcasts that are freely available. It allows for the democratic circulation of ideas outside the expensive paywalled academic journals.

We cannot blame Twitter for academic vanity. Writing itself contains an inherent conceit, since it assumes that it will find a willing readership. And Twitter can be a very effective medium to cut academic pomposity down to size. Anonymous feeds like @academicmale fictionally document the worst excesses of academic masculinity. Shit Academics Say @AcademicsSay quotes faculty clichés and remixes them so that they read like actual overheard senior common room conversations – some compensation for those who have to suffer (such academic bores) in silence.

The openness and permeability of Twitter makes it easier to reconnect with former students, who sometimes tweet as much as 20 years after they left with inspiring news about how their degrees have had a lasting influence on their lives.

Twitter can also be a place for reconciliation. In 2011 I received a message from an anonymous account saying: “I gave one of your books a really bad review and I just wanted to say that I think you were right. That bad review has given me a lot of sleepless nights.” I replied to say that criticism was part of our vocation and that, without it, scholarship wasn’t worth its salt. I never found out which review it was or which book had been mauled by it, but the anonymous message was a reminder that even the strongest critics sometimes change their minds.

Finally, Twitter can make scholarship more sociable, producing a kind of collective focus even when our scholarly work is a profoundly individual matter. Siobhan O’Dwyer’s Twitter network Shut Up & Write Tuesdays ‪@SUWTues‪ coordinates writerly self-discipline amongst academic researchers by allowing participants to tweet as they begin their writing session and sign off with a tweet at the end. It has been incredibly successful, with Shut Up & Write groups around the world. There is some consolation, it seems, in the knowledge that there are other writers at their desks struggling to find the right words.

While Twitter may be prone to the same kinds of academic vanities that Comte indulged in, it can also make thinking itself more democratic and accessible. This is no small achievement in 140 characters.

Author Bio: Les Back is professor of sociology at Goldsmiths, University of London.