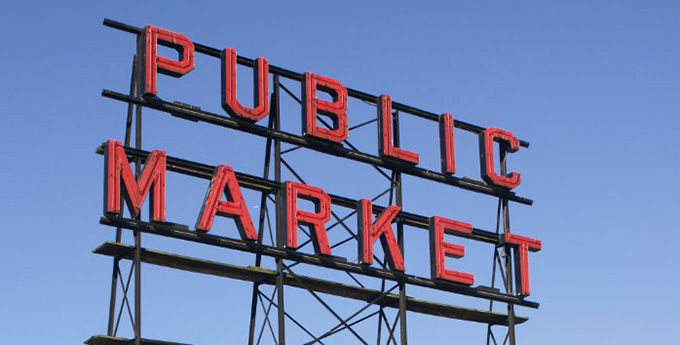 The University of California at Berkeley’s announcement earlier this year that it faces a budget deficit greater than $150 million sounded an alarm through American academia, and rightfully so. The realisation that one of the nation’s most prestigious public universities faces such a staggering shortfall should serve as a warning for administrators everywhere.

It should also serve as a rallying cry.

Public universities are in perilous waters. While the number of students enrolled at institutions of higher education rose by roughly 40 per cent in the past 20 or so years, state funding for public colleges dropped dramatically after the 2008 recession, and it still hasn’t recovered.

For the 2014-15 academic year, only 13 per cent of Berkeley’s operating revenue came from state appropriations, down from roughly 50 per cent during the 1980s.

Facing greater uncertainty than ever before, university administrators must learn to think like disruptive business leaders while protecting their traditional academic and research missions, and remaining sensitive to their key constituencies. This means becoming more adept at reallocating resources in order to nimbly seize opportunities. To meet this challenge, I believe campus leaders should implement “dynamic capabilities”.

Dynamic capabilities is a managerial framework developed through decades of observing how the most innovative businesses succeed amidst uncertainty. It can help organisations repeatedly, strategically reallocate resources as they detect opportunities for growth.

The framework is composed of three managerial activities: sensing, seizing and shifting.

Agility starts with recognising opportunities that an organisation is uniquely positioned to pursue or disrupt, which is where “sensing” comes in. The most obvious example of sensing is Apple Inc.’s move into the cell phone business in the mid-2000s.

Steve Jobs saw that the global market for mobile phones was growing exponentially, and intuited that Apple’s prowess in computing could drive a new era of smartphones. Even though Nokia had a research lab in Berkeley, their base of operations was in Finland; having his ear to the ground in the community of technologists in the Bay Area allowed Jobs to tap into customers’ state of mind as well as the science and figure out how to build an ecosystem that would put apps and content on to the iPhone.

But sensing is only the first step.

Jobs still had to “seize” the opportunity by mobilising his resources, “shifting” capital and talent toward developing a new device – and away from the company’s lucrative computer business.

Yet dynamic capabilities like we see at Apple and other companies can’t be simply replicated in universities. While Steve Jobs and other CEOs can exert their will with relative freedom (as long as they have the support of the board), university leaders operate in a much more transparent, democratic and less hierarchal environment, in which they must lead a range of constituents.

This is why efforts to revamp a university’s financial health by hiring business executives often end in tumult. Just this past March, Simon Newman, a former private equity professional, resigned in controversy from his brief tenure as president of Mount St. Mary’s University.

Despite achieving an improved credit rating from Moody’s (from “negative” to “stable”), Newman sowed discontent among faculty by cutting retiree benefits and firing well-respected employees (including one tenured professor). Moreover, his blunt communication tactics – stating publicly that in effect, liberal arts didn’t sell, and that professors should “put a Glock” to struggling freshman students’ heads (a statement he later apologised for) – belied a poor understanding of academic culture.

Sensing should come not from just the top, but also from the school’s faculty, who are on the ground, engaging with students and conducting research projects that often put them in tune with contemporary market trends and gaps that can become opportunities.

A well-organised university should mobilise its resources to capture the opportunities faculty detect; then it should reach out to external players (eg, the state, various foundations, and so on) in order to make the sort of lasting partnerships that ensure the capability can be constantly renewed. Throughout, good communication is key.

We’ve seen dynamic capabilities at work in the university setting from time to time over the years. Stanford University’s transformation from a sleepy regional college to an international powerhouse is a good example, as is theMassachusetts Institute of Technology’s embrace of systemic technology, development and commercialisation.

In today’s public university setting, perhaps the best example of dynamic capabilities has been in the creation of innovative ecosystems. Whereas private universities facing competitive pressures have looked internationally for growth (such as Yale University’s new campus in Singapore), some public universities have found new revenue sources in their own backyards.

At the State University of New York at Albany (UAlbany), for example, the School of Business and School of Social Welfare began a collaboration, in 2011, with the State Employee Federal Credit Union and New York’s Empire State Development Corporation to form the Small Enterprise Economic Development (SEED) program. It aims to extend credit to underserved entrepreneurs in the area and to promote economic development in inner-city neighborhoods.

In just four years, SEED has invested $1.8 million in 56 new companies in the region and reportedly created or saved 225 jobs.

In this instance, university leaders turned to the faculty of the School of Business and School of Social Welfare to sense opportunity by identifying an off-campus problem that, if solved, would bring social (and economic) value to UAlbany and its surrounding ecosystem.

With the sensing done, university leadership seized – mobilising internal resources and orchestrating external ones in order to create a collaborative partnership centered around the university. SEED’s physical, property-based space (in the School of Business), as well as the continued success of the entrepreneurs, has provided a continual source of transformation and renewal (“shifting”) to UAlbany and its environs.

If SEED’s success proves anything, it’s that while universities face an increasingly volatile future – and thus might be tempted to adopt corporate business practices – there is a middle ground to be found, one that retains an institution’s fundamental identity while also improving its financial health.

By adapting dynamic capabilities to the collegiate setting, university leaders will be equipped with an intellectual framework that can help guide the way in an uncertain world.