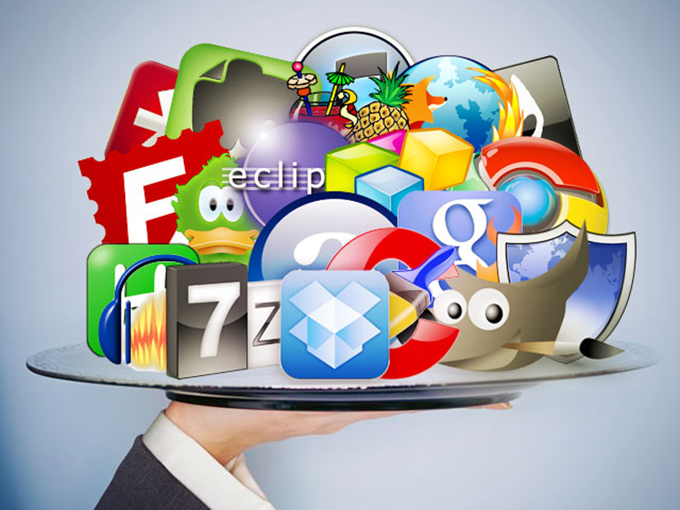 Judging by the political winds, Silicon Valley seems headed for a showdown with antitrust regulators.

For the first time since 1988, the Democratic Party’s platform includes stronger antitrust enforcement, while leading liberals have singled out Google, Apple and Facebook for holding too much market power.

Those expecting a showdown, however, may be disappointed. That’s because antitrust regulators and U.S. judges tend to believe that products that don’t cost a dime are beyond their purview. And that’s how most of Silicon Valley’s products are marketed these days. Facebook’s slogan reassures: “It’s free and always will be.” Google claims: “One free account gets you into everything Google.” And Apple has an entire section of its App Store devoted to “free apps.”

Drawing on my experiences as a former Department of Justice antitrust attorney, I’ve argued that U.S. antitrust laws are in fact broad enough to include these products – which are hardly “free.” Unfortunately, however, as my analysis of the history of enforcement in these markets shows, the trend in the U.S. has been away from antitrust oversight.

We live in an increasingly “free” world.

Ours is a world where vast libraries of information and content are available at the click of a button or tap of a screen – and all of it is (seemingly) free. Google search, Twitter, Instagram, Pokémon Go: all free.

If these products are freely available, what room is there for antitrust, a body of law often understood as focused on protecting consumers from artificially high monopoly prices?

Prominent judge (and antitrust legend) Robert Bork, for example, contended that search engines cannot be liable under antitrust laws because they are “free to consumers.”

U.S. antitrust enforcers appear, for the most part, to agree with Bork. Since the early days of the internet, “free” digital products have largely escaped scrutiny.

The first antitrust case targeting free digital products was also the most famous. At the outset of the 1990s Microsoft trial, the Department of Justice initially pursued a predatory pricing theory: Microsoft, it alleged, “set a zero price for its browser for the purpose of depriving Netscape of revenue and protecting [Microsoft’s] operating system monopoly.”

In other words, the DOJ at first argued that offering a product for free doesn’t excuse a company from antitrust liability. But the government subsequently dropped this theory on appeal. It is unclear why it did so, though a 1993 Supreme Court ruling had made any predatory pricing lawsuit virtually impossible to win. Perhaps the added difficulty of convincing an appellate judge that “free” was illegal simply caused the government to focus on more core aspects of the appeal.

In any case, ever since then the courts have continued to be skeptical of that type of argument.

One of the earliest antitrust lawsuits against Google was brought by a private company that alleged Google was exploiting its free online search service in an anti-competitive manner. The complaint was dismissed in 2007 by a court reasoning that antitrust law does not “concern itself with competition in the provision of free services.”

One of the earliest antitrust lawsuits against Google was brought by a private company that alleged Google was exploiting its free online search service in an anti-competitive manner. The complaint was dismissed in 2007 by a court reasoning that antitrust law does not “concern itself with competition in the provision of free services.”

In 2008, the Federal Trade Commission allowed Google to acquire online advertising giant DoubleClick. Only one of the five commissioners voted to block the merger, pointing out that the acquisition would give Google access to a wealth of user data that could tip the market for search advertising (closely related to the market for free online search) further in favor of Google.

Four years later, the agency unanimously approved Facebook’s acquisition of free photo-sharing network Instagram, though many industry observers concluded that Facebook was paying a massive premium to stave off competition from its upstart rival.

And the next year, the agency voted (again unanimously) to close its investigation into Google’s conduct in the free online search market, despite a leaked staff report identifying harm to consumers caused by the search giant.

All in all, “free” products seem to warrant a free pass from U.S. antitrust laws. But not so in other jurisdictions.

Russia’s Federal Antitrust Service in August issued a US$6.8 million fine against Google for abusing its market position with Android by favoring its own digital services over those of rivals.

Why have international enforcement agencies responded so differently than those in the U.S.? Are they just unfairly targeting successful U.S. firms, as some (including Treasury Secretary Jacob Lew) claim? Or do they see something that we’ve missed?

Price theory (no surprise) focuses on prices. Supposedly, price theory uses price as a synechdoche to represent all aspects of competition. But in fact, businesses compete not just on price but also on quality, innovation, branding and other product attributes.

Yet U.S. antitrust regulators and courts have traditionally focused heavily on price competition. When products are “free” (or, more accurately, “zero-price”), they simply slip under the antitrust radar.

Such, I would argue, was the case in the broadcast radio industry, which has long offered a service “free” to listeners.

In 1996, Congress passed the Telecommunications Act, which removed a longstanding limit on how many stations a single entity can own. A frenzy of mergers and acquisitions followed.

U.S. antitrust enforcement agencies screened these transactions for possible harm to competition but only looked for higher prices to advertisers, neglecting to analyze potential harm to listeners. Most of the mergers were cleared without objection. The resulting lack of competition in many regions means that radio listeners now pay more – by listening to more ads – in exchange for the product they want.

That result should come as no surprise. Listeners may not pay for broadcast radio with money, but they do pay with attention. At its core, this is a prototypical market exchange, as contract law has long recognized.

There’s (still) no such thing as a free lunch

In fact, the very idea of for-profit businesses giving consumers products for free ought to seem odd.

When it comes to the marketplace, as Milton Friedman famously quipped, “There is no free lunch.” The internet did not destroy firms’ profit motive. It also did not eliminate the cost of making products: Try recreating Google’s “Street View” feature without funding for a global fleet of cars, cameras and drivers, not to mention banks of servers for processing and data storage.

Companies like Google, though innovative, are not in the business of giving away their products for free – and they are surely not immune from the temptation to stifle competition.

“Free” isn’t really free. Consumers pay for “free” products with attention to ads and with personal information. Each time you log on or run a search, you pay with your time (that fraction of a second your eye spends darting over to the “Lose belly fat with this one weird trick!” ad) or information (letting Google know that you are thinking about buying a new sofa or suffer from anxiety disorder). These are commercial exchanges, even if consumers – and consumer protection laws – often fail to recognize them as such.

Antitrust laws are meant to safeguard marketplace competition, but doing so effectively requires protecting all markets, not just those with obvious prices.

This is why I believe U.S. enforcement agencies and courts ought to follow the lead set by their international peers and withdraw the free pass enjoyed by businesses supplying “free” products.

Author Bio:John Newman is Professor of Law at the University of Memphis