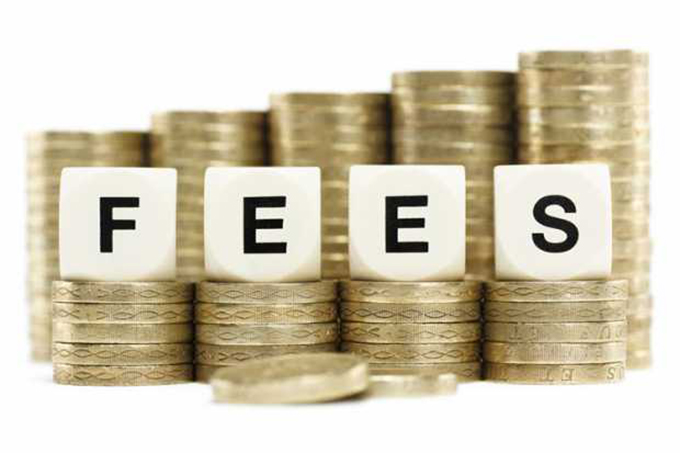 The main brief of the Commission of Inquiry into Higher Education and Training (The Fees Commission) demands that it enquires and makes findings on the feasibility of fee-free higher education in South Africa. The problem with the brief is that it is asking the wrong question.

Firstly, there is no such thing as “free higher education”. Universities are very expensive. Rather, the issue is who pays what and when? Secondly, international research shows that there is broad agreement among economists of higher education funding that government subsidies are “regressive”, meaning that subsidies favour the rich. It is also worth noting that the South African constitution indexes affordable, and not free, education.

According to British economist Nicholas Barr public universities in OECD (Organisation for Economic Cooperation and Development) countries often argue that low or no tuition fees provide greater equality of educational opportunity. But the reality, he points out, is the overwhelming subsidy in public universities accrues to students from middle and high-income families.

This is true of a number of non-OECD countries such as Armenia and Bolivia, as well as Brazil and South Africa. As one of South Africa’s most prominent education economists, Servaas van den Berg states, much of tertiary education spending in these countries benefits higher income groups. This is because students are overwhelmingly drawn from high income families.

Similarly Johan Fourie argues that “blanket university fee reduction benefits the wealthy – and slows change”. Fourie adds that “the wealthy are more likely to access tertiary education” and as such “a blanket reduction in university fees is like a subsidy for the rich (or a tax on the poor)”.

To state the obvious, in South Africa free higher education will widen, not reduce, inequality. This is because the low participation rate (currently at 20%), combined with free tuition, would immediately restrict the expansion of places.

In addition the main problem for the poor in South Africa is not that they cannot afford higher education. The issue is that less than 5% of them qualify for entry into universities. The contrast with the 5% whose parents earn over R600,000 could not be more marked. The percentage who qualify to enter university in this bracket is over 70%.

It will be the children of the new political and business elite who have the significant social, cultural and economic capital who will succeed in school and gain access to tertiary education. Like the rest of Africa, South Africa has limited (even zero) growth and one of the most unequal and inefficient school systems on the continent. Installing a free university system on top of that will only serve to solidify and expand inequality.

The issue is thus not feasibility, but whether South Africa wants to adopt another self-destructive policy that will widen inequality and privilege the de-racialising rich. As such, the question to be addressed by the Fees Commission should have been: What is required for a sustainable higher education system with affordability for those who qualify for access?

The recent announcement by the minister of higher education Blade Nzimande about the direction of university fees marked a dramatic policy shift. The minister actually went beyond applying a Band-Aid by confirming the principle of fees and introduced a clear, differentiated approach to fee payment.

This means that only about 30% of the undergraduate student population will pay for any fee increases in 2017.

In many countries, the minister’s announcement would be regarded as quite a dramatic policy change and a victory for students in the under R600 000 income bracket.

Be wary of false prophets

The argument for free education in South Africa contains three pillars: the Freedom Charter and the Constitution; increasing the proportion of GDP for higher education and taxing the super-rich.

The Freedom Charter (1955) was an expression of political aspiration, not a document to guide policy. The Constitution states that “the state, through reasonable measures, must make higher education progressively available and accessible” – which is what the Minister is doing.

The second demand is for a greater proportion of the state budget to go to higher education, from 0.75% to 1%. This is far too conservative. Developmental states such as Malaysia spend 1.75%, and China almost 3%. Cuba spends 4.5% from a very small and stagnant economy. Successful developmental states invest heavily in higher education and charge fees – with financial aid schemes for the poor.

So free higher education in the Nordic countries is paid for by virtue of the fact that everybody is working and everybody earns a good salary and everybody pays tax at around 50%. The treasury is not raided by special interest groups. Taking all the money from the few rich South Africans will only sponsor students loans and only for a few years.

Internationally there is a move towards progressive graduate tax systems. The advantage of these systems are: no or minimal fees; they disconnect students from family status – poor and rich are treated the same; differentiation comes after graduation; those who earn high salaries pay more and quicker; and those who earn lower salaries pay less and over a longer period.

The conditions for such systems are high completion (graduation) rates, high graduate employment, good tax collection and taxes must not be stolen. South Africa satisfies the condition of high graduate employment (highest private returns in the world) and a good tax collection system. The biggest drawbacks are that barely 50% of the undergraduate students graduate and the raiding of the Treasury.

So the issue is not whether there is enough money for free tertiary education. The issue is to fix the undergraduate university and the college systems, provide vastly expanded education and training opportunities, put in place a modern progressive graduate tax instead of an outdated loan scheme and stop raiding the Treasury. So while the fees commission, and the media are looking at money, the issue is political and systemic.

South Africa desperately needs strong tertiary education institutions. It is one of the most unequal societies in the world and its economy isn’t growing. Higher education is a social mobility mechanism. In a recent submission to the Fees Commission, I argued that poor and middle class South Africans see higher education, and particularly universities, as the only ladder into the affluent middle class.

Their perception is correct. The World Bank has found that South Africa has the highest private return to tertiary education – that means that getting a degree is a passport to employment. And Van den Berg has found that graduates are three to five times more likely than a school leaver to find a job.

Maintaining and building strong universities needs a combination of two things: better government funding and fee income with affordability funding support for the poor and the lower middle class.

Author Bio: Nico Cloete is Extraordinary Professor at the University of the Western Cape