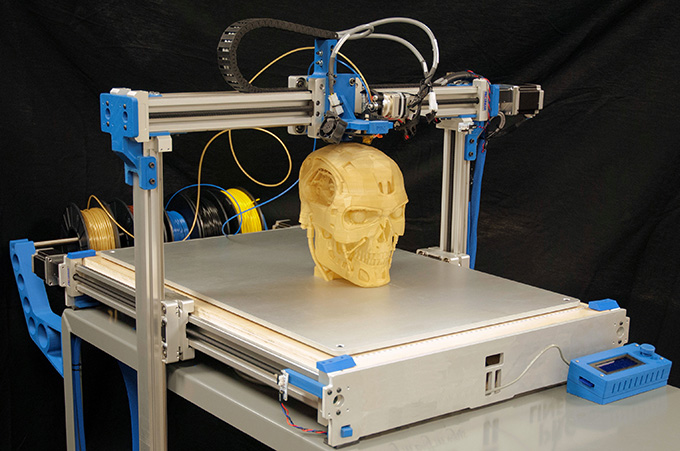 Remember Napster or Grokster? Both services allowed users to share computer files – usually digital music – that infringed the copyrights for those songs.

Now imagine that, instead of music, you could download a physical object. Sounds like something from a sci-fi movie – push a button and there’s the item! But that scenario is already becoming a reality. With a 3D printer, someone can download a computer file, called a computer-aided design (CAD) file, that instructs the printer to make a physical, three-dimensional object.

Because CAD files are digital, they can be shared across the internet on file-sharing services, just like movies and music. Just as digital media challenged the copyright system with rampant copyright infringement, the patent system likely will encounter widespread infringement of patented inventions through 3D printing. The problem is, however, that the patent system is even more ill-equipped to deal with this situation than copyright law was, posing a challenge to a key component of our innovation system.

The factory at your fingertips

Technically called “additive manufacturing,” 3D printing from a CAD file allows someone to “print” physical items at home. The printer follows a file’s instructions to generate a physical object. The printer head releases tiny squirts of material that, layer by layer, build up into the item. 3D printers can create incredibly complex objects, such as rocket engine parts, human tissue, a bionic ear and even a functional gun. 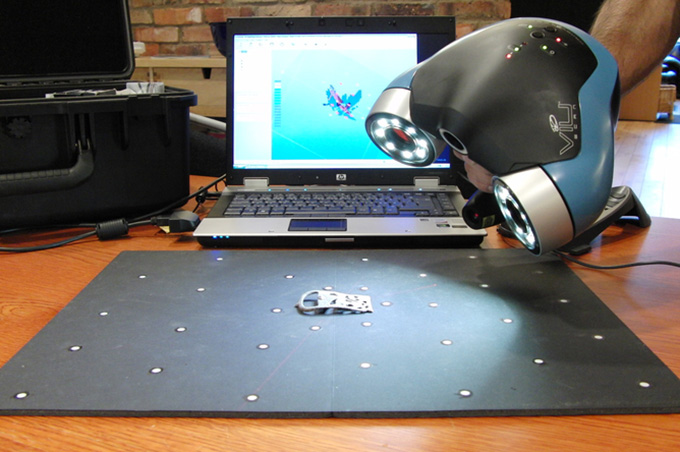 Laser scan an object into the computer and you can then print out a new 3D replica. Creative Tools, CC BY

The CAD files can be created by scanning in an object or by virtually designing an object on the computer. Once you have what are essentially the blueprints, the object is then just a press of a button away. Of course, if that object is covered by a patent, then pushing that button results in patent infringement.

Patents are actual documents issued by the federal government. They’re awarded for inventions that are nontrivial advances in the state of the art. A patent allows the owner to prevent others from making, using, selling or importing the invention. These exclusive rights help keep competitors out of the market, allowing the patent owner to recover R&D costs. The owner also can use the patent to support efforts to commercialize the invention.

If people can evade the patent, however, then its value is reduced, undermining these important incentives. 3D printing presents this potential. It enables someone to “print” something that infringes a patent. Once someone prints the patented invention, they have “made” it, which violates the patent owner’s rights.

Each printed copy of an invention is a lost potential sale to the patent holder. But, to sue for infringement, the patent owner would need to be aware that someone is using a 3D printer to make the patented invention. And that’s a very tall order since these printers are widely dispersed across households and businesses.

Alternatively, patent owners could go after the people facilitating the infringement. The Patent Act permits a patent holder to sue parties who induce others to infringe. Potential inducers of patent infringement here could be the sellers of the 3D printers, someone providing CAD files of the patented device, or websites that sell or share various CAD files that instruct the 3D printer to make the patented invention.

Copyright law similarly prohibits inducement of infringement. Grokster did not make the infringing copies of the music itself, but it certainly helped other people make infringing copies. The Supreme Court held that Grokster likely induced copyright infringement, and Grokster shut down. The same idea could apply in the patent context.

But there is a huge problem with this approach: inducement of patent infringement requires actual knowledge of the relevant patent. For music, everyone knows the songs are copyrighted. Not everyone is aware that a particular device is covered by a patent. There are hundreds of thousands of patents in existence. It’s highly unlikely that potential inducers would have actual knowledge of every patent that could be infringed by use of a 3D printer.

For example, suppose a dentist develops a brilliant new form of plastic braces, and she patents it. Independently, another dentist with some computer savvy comes up with the same idea via a CAD file. He shares the file with his dentist friends with 3D printers, who then all begin printing the plastic braces. The dentist’s friends start sharing the file with their friends, or someone places it on a file-sharing network. And so on. Anyone printing the braces is technically an infringer, but how can the patent owner find them all? And the dentist sharing his CAD file would have to be aware of the patent to be liable as an inducer, which may be unlikely. 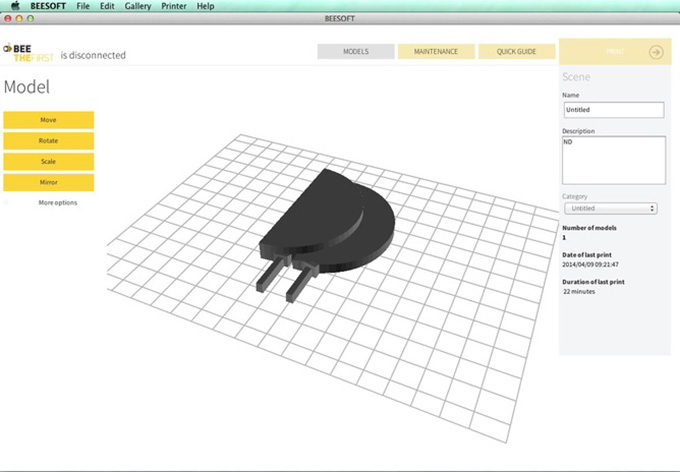 Does the infringement lie with the CAD files themselves? Creative Tools, CC BY

Will 3D printing undermine the innovation incentives the patent system is designed to provide? Potentially, but Professor Lucas Osborn of Campbell University School of Law and I have argued that courts can combat this problem by focusing on the CAD files, rather than the printed object.

Copyright provides a helpful contrast. Digital files themselves infringe. They are copies of the work. Not so in patent law. To infringe, one has to make a tangible version of the invention. But, if the infringing object is merely the press of a button away for someone with the CAD file and a 3D printer, should the CAD files themselves be viewed as digital patent infringement, similar to copyright law?

We argue that if someone sells a CAD file that prints a patented item, that should be considered infringing. The CAD file has value because of the patented invention, so the seller is appropriating the economic value of the invention.

But what if someone is not selling the CAD file? Instead, they just possess it. Should that be infringement, too? We think not. The patent system encourages others to design around existing patents, which is often done in a virtual space. If the CAD file itself would be viewed as infringement, then the system could lose such beneficial improvement efforts.

It is unclear if courts or Congress will act to address these issues. What is inevitable, however, is that 3D printing will prove challenging to our patent system. There is a great irony here. One of the greatest innovations of our time may ultimately undermine a key engine of innovation, the patent system.

Author Bio:Timothy Holbrook is the Associate Dean of Faculty, Professor of Law at Emory University