Several more decades of increased carbon dioxide emissions could lead to melting ice sheets, mass extinctions and extreme weather becoming the norm. We can’t yet be certain of the exact impacts, but we can look to the past to predict the future.

We could start with the last time Earth experienced CO2 levels comparable to those expected in the near future, a period 56m to 34m years ago known as the Eocene.

The Eocene began as a period of extreme warmth around 10m years after the final dinosaurs died. Alligators lived in the Canadian Arctic while palm trees grew along the East Antarctic coastline. Over time, the planet gradually cooled, until the Eocene was brought to a close with the formation of a large ice sheet on Antarctica.

During the Eocene, carbon dioxide (CO2) concentrations in the atmosphere were much higher than today, with estimates usually ranging between 700 and 1,400 parts per million (ppm). As these values are similar to those anticipated by the end of this century (420 to 935ppm), scientists are increasingly using the Eocene to help predict future climate change.

We’re particularly interested in the link between carbon dioxide levels and global temperature, often referred to as “equilibrium climate sensitivity” – the temperature change that results from a doubling of atmospheric CO2, once fast climate feedbacks (such as water vapour, clouds and sea ice) have had time to act.

To investigate climate sensitivity during the Eocene we generated new estimates of CO2 throughout the period. Our study, written with colleagues from the Universities of Bristol, Cardiff and Southampton, is published in Nature. 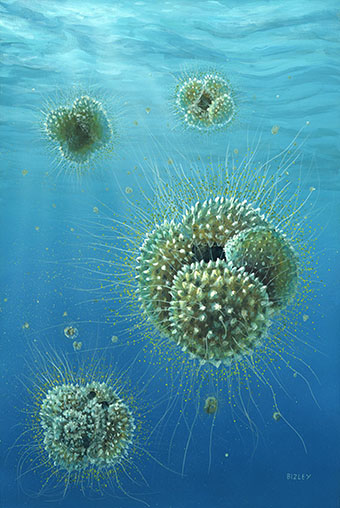 As we can’t directly measure the Eocene’s carbon dioxide levels, we have to use “proxies” preserved within sedimentary rocks. Our study utilises planktonic foraminifera, tiny marine organisms which record the chemical composition of seawater in their shells. From these fossils we can figure out the acidity level of the ocean they lived in, which is in turn affected by the concentration of atmospheric CO2.

We found that CO2 levels approximately halved during the Eocene, from around 1,400ppm to roughly 770ppm, which explains most of the sea surface cooling that occurred during the period. This supports previously unsubstantiated theories that carbon dioxide was responsible for the extreme warmth of the early Eocene and that its decline was responsible for the subsequent cooling.

We then estimated global mean temperatures during the Eocene (again from proxies such as fossilised leaves or marine microfossils) and accounted for changes in vegetation, the position of the continents, and the lack of ice sheets. This yields a climate sensitivity value of 2.1°C to 4.6°C per doubling of CO2. This is similar to that predicted for our own warm future (1.5 to 4.5°C per doubling of CO2).

Our work reinforces previous findings which looked at sensitivity in more recent time intervals. It also gives us confidence that our Eocene-like future is well mapped out by current climate models. 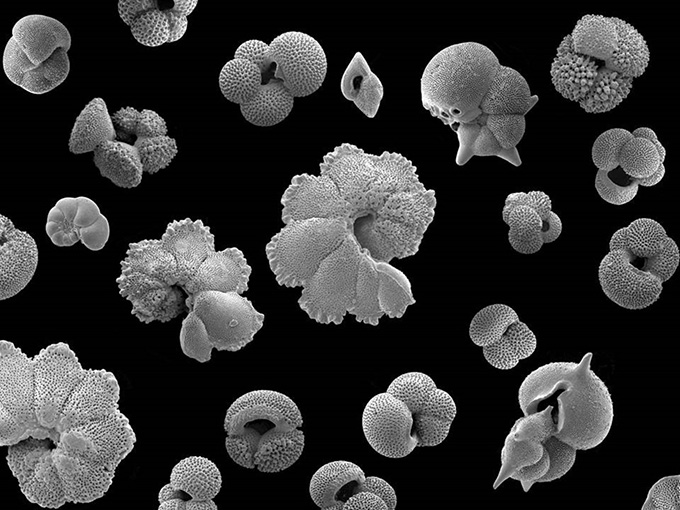 Rich Pancost, a paleoclimate expert and co-author on both studies, explains: “Most importantly, the collective research into Earth history reveals that the climate can and has changed. And consequently, there is little doubt from our history that transforming fossil carbon underground into carbon dioxide in the air – as we are doing today – will significantly affect the climate we experience for the foreseeable future.”

Our work also has implications for other elements of the climate system. Specifically, what is the impact of higher CO2 and a warmer climate upon the water cycle? A recent study investigating environmental change during the early Eocene – the warmest interval of the past 65m years – found an increase in global precipitation and evaporation rates and an increase in heat transport from the equator to the poles. The latter is consistent with leaf fossil evidence from the Arctic which suggests that high precipitation rates were common.

However, changes in the water cycle are likely to vary between regions. For example, low to mid latitudes likely became drier overall, but with more intense, seasonal rainfall events. Although very few studies have investigated the water cycle of the Eocene, understanding how this operates during past warm climates could provide insights into the mechanisms which will govern future changes.