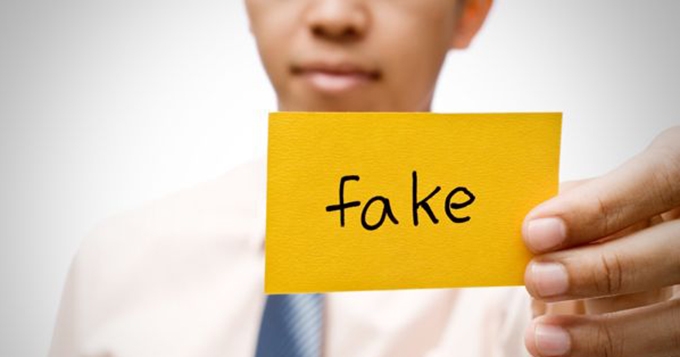 I focus on the huge academic/education fraud in higher education because this is the most important: we have 20 million college students, and the data is very strong that more than half of them are being ripped off. Most other frauds I discuss are tangential to this. The big sportsball frauds, for example, are pretty amazing all by themselves, but they only contribute somewhat to the debasement of higher education…I give those frauds a shout-out from time to time.

As the frauds get further away from the alleged education that our students receive, I become less inclined to discuss them, but today I want to discuss a very common fraud in higher education that, admittedly, has minimal impact on most students’ education.

These frauds operate for years, and are pretty open, although you generally won’t know it from looking at the mainstream media.

Despite our country’s many issues (above and beyond the circus act of a presidential election), there are many that wish to come to this country through any means. The “illegal alien” sneaking across the border may be iconic, but it’s hardly the only questionable way to get inside the country. Most everyone knows about the ol’ “marry a US citizen to get in the country” trick, but there’s another, far more popular method that seldom makes the news: the student visa.

The general structure is simple enough. The “student,” usually of very questionable academic ability, simply pays a bribe to admin to register as a full time student. Thus enrolled, the student can come and live in the United States, often “disappearing” off the roster once the semester ends.

Yes, I’ve lightly discussed this before with a completely fake university with hundreds of potential foreign students…but this only scratches the tiniest tip of the iceberg here. Because accreditation is all too often completely fake, and school administration gets to control any internal investigation of possible fake students, there’s essentially no mechanism for determining just how many fake students are here.

I’m somewhat conflicted in discussing this topic, because these fake students are funneling money into our higher education system. Yes, the bribe money just goes to admin (like most of the student loan money), but to the extent that it’s theoretically possible that administrative greed can be satiated so that some of the money flowing into higher education is actually allowed to go to education, I have to approve, at least a little, of administration getting their bribe money from a source besides the US taxpayer.

Each fake student brings in a (rough) average of $25,000 a year in tuition, but there’s also the “going rate” of a $10,000 bribe to the administrator, usually the Poo Bah, to look the other way (I base these numbers on my link regarding the fake university, above). That’s a lot of money, so it’s easy to see why admin doesn’t often discover these fake students. Accreditation won’t do it either, as long as they get their cut. How do the fake students ever get found?

“…nearly four years after an investigation by this newspaper found Herguan was among a group of Bay Area schools that misrepresented information on federal applications to sponsor overseas students seeking prized visas.”

Investigative reporting is basically gone now, but there are still a few independent local newspapers doing the job our supposed regulatory agencies are supposed to do. Even so, it still takes years.

Let’s talk a little about Herguan University, because it has the flags of a fake school, with the additional flag of being a fake school that focuses on fake student visas (to clarify, the visas are real, the students are fake).

Herguan is a relatively new school, founded in 2008. I don’t have anything against new schools, but the sad fact is there is so much money gushing around in higher education, with so little oversight, that there are just swarms of scammers out there, endlessly starting new schools. It is, of course, fully accredited, which anymore is a flag of questionable legitimacy (and will remain so until that legendary day in the future when accreditors take their job seriously again). Herguan has 450 students; the flag here is over 400 of these students are from India.

Classes were pretty much all online (another flag), with faculty being mostly adjuncts (another flag). I really want to point out to the gentle reader that anyone with familiarity with higher education knows these flags, knows exactly what to look for…but the school is accredited, because the “professional evaluators” at accreditation claim they just don’t know how to tell when a school is fake. Most of these professional evaluators are administrators or former administrators in higher education…honest, they’re in on it.

It is, of course, hard to tell just how many schools operate like this, but I really want to point out how simple it is to set up this scam, which pulls in perhaps a net of $30,000 a student (there are some expenses here) per year. The only way this scam can go wrong is if a local newspaper just happens to do some independent reporting…then after 4 years, the school gets into trouble.

Looking at this particular school, with these estimates and assuming only the 400 Indian students were here on fake visas, we’re looking at a net profit of around $48,000,000…that’s counting the four years after this university was identified as a fake visa school.

The former chief executive of Herguan University has pleaded guilty to visa fraud — and while the school remains open, it could soon lose its ability to recruit foreign students with the promise of student visas.

Jerry Wang, of Sunnyvale, pleaded guilty Thursday in U.S. District Court to submitting some 100 false documents to the Department of Homeland Security and agreed to forfeit $700,000 and serve between three months and two years in prison.

Despite its legal troubles, Herguan was accredited last year by the Accrediting Council for Independent Colleges and Schools, which oversees professional, technical and occupational programs.

Perhaps the Indian students, as non-US citizens, don’t qualify for student loans, but I bet that if there are any US citizens in this school, they got a few loan dollars here as well. The whole point of accreditation is to make sure the school is legitimate, before it can be allowed to suck up student loan dollars. Despite the open fraud and many red flags indicating as much, the accreditor has ruled this school is legit.

Mercifully, the US government will step in in shut down the “fake visa” part of the school’s business plan:

Herguan remains certified by the federal government to host international students, although officials at U.S. Immigration and Customs Enforcement said Friday that they have moved to revoke the institution’s certification.

Whew, it’s a good thing that local paper did some investigating, otherwise we’d have never found out about this completely fake (but fully accredited!) school. Good thing we have a huge mainstream media in this country, that will doubtless start looking into these types of schools with all the diligence they use to cover the Presidential election.

While I usually blame the student loan scam for problems in higher ed, this is one problem that I lay squarely at the feet of our all but completely bogus accreditation system.