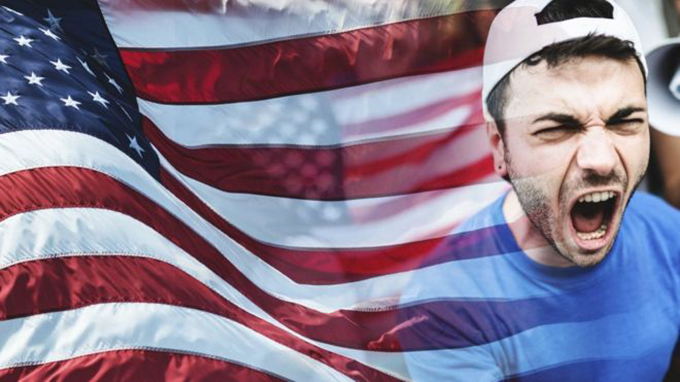 In the early days of the World Wide Web, digital conversation areas were small, disparate, anonymous petri dishes, growing their own online cultures of human goodness as well as darkness. But when virtual forums expanded onto mainstream news sites more than a decade ago, incivility became the dominant force. The people formerly known as the audience used below-the-line public squares to sound off with the same coarse “straight talk” as our current president-elect.

Yes, the mass media supplied the public with incendiary rhetoric and insult commentary from pundits and satirists before read-write internet access reached all Americans. The shoutfest of “The McLaughlin Group” and Rush Limbaugh’s popular polemic radio show began in the 1980s. But the torrent of hostile online comments freely exchanged by ordinary Americans at the bottom of news stories and on social media has had a pernicious influence, too.

As a scholar of journalism and digital discourse, the crucial point about online comment forums and social media exchanges is that they have allowed us to be not just consumers of news and information, but generators of it ourselves. This also gives us the unbridled ability to say offensive things to wide, general audiences, often without consequences. That’s helped blow the lid off society’s pressure cooker of political correctness. Doing so on news websites gave disgruntled commenters (and trolls) both a wider audience and a fig leaf of legitimacy. This has contributed to a new, and more toxic, set of norms for online behavior. People don’t even need professional news articles to comment on at this point. They can spew at will.

The ease of online ranting

I have a caustic online commenter in my own family. For the past four years, this family member has displayed a bumper sticker on his vehicle that reads “OBAMA: One Big Ass Mistake America.” On Facebook, he calls our liberal-leaning relatives “libtards.”

This relative of mine is angry. The norms of the America he’s known have been upended. He didn’t particularly like the idea of Trump as president, but he despised “Crooked” “Killary” Clinton. His daily information intake comes from Facebook, Fox News and The Drudge Report, and he’s convinced of “liberal media bias,” especially from newspapers with left-leaning editorial boards.

To alleviate his frustration with politics, society and the “lamestream” media, this family member relieves himself by posting acrimonious opinions online.

Never has my relative written a letter to the editor. He doesn’t consider himself eloquent enough, nor does he think his local newspapers would “have the guts” to print what he has to say. Online, though, he doesn’t need to be eloquent. He doesn’t need to be civil. He doesn’t even need to sign his name to his comments. Trump isn’t the only American who feels vindicated when sharing bitter criticism to a massive audience with the click of a button.

Unmoderated online comment forums are magnets for noxious speech. For years they have carried people’s discontent out into the world, while the writers sit safely behind screens. It’s almost bittersweet to think back on the time we once blamed internet flaming on the online disinhibition of middle school pranksters. It is the many unhappy adults in the electorate who are posting the things they are really thinking in comment boxes.

Nearly three-quarters of internet users – 73 percent – have witnessed online harassment. News website comment sections host antagonistic conversations between contributors. Nine out of 10 respondents of a Pew Research study said the online environment was more enabling of criticism. The squabbling can be overwhelming: As many as 34 percent of news commenters and 41 percent of news comment readers identified argumentative comments as the reason they avoid reading or joining the discourse.

Multiple studies show online communities develop sophisticated norms that guide participants. Anger begets more anger. Unshackled digital vitriol is now volleyed back and forth online from all sides. Some commenters don’t even care if they are anonymous anymore. Researchers have found real-name comments on social media are actually nastier than unsigned commentary.

Historically, American democracy always had some rudeness baked into it. For example, during the presidential election of 1800, incumbent President John Adams’ campaign proclaimed “murder, robbery, rape, adultery and incest will all be openly taught and practiced” if his opponent, Thomas Jefferson, won the presidency. Jefferson, meanwhile, described Adams as “a hideous hermaphroditical character,” with “neither the force and firmness of a man, nor the gentleness and sensibility of a woman.”

Civility in public discourse is often what people in power expect of their citizens. Demands for civility can be used by those with authority to deny power to those with none. People who feel marginalized or alienated use incivility and civil disobedience to fight the power. By causing offense and indignation, as we saw during Campaign 2016, outsiders gained massive attention for their cause.

Yet “democracy only functions when its participants abide by certain conventions, certain codes of conduct and a respect for the process,” wrote cultural journalist Neal Gabler in an eloquent essay about how a hateful electorate threatens democracy. Gabler noted that the 2016 presidential campaign was referred to as the “hate election” because everyone professed to hate both candidates. It turned out to be the hate election, Gabler mused, “because of the hatefulness of the electorate.” He went on:

“We all knew these hatreds lurked under the thinnest veneer of civility. That civility finally is gone. In its absence, we may realize just how imperative that politesse was. It is the way we managed to coexist.”

Facebook, Twitter and mainstream news media organizations all have responsibility for egging on the hateful electorate. Unabated toxic discourse and misinformation in online comment sections have distorted the populace’s understanding of information and facilitated its en vogue rejection of facts. News outlets that allowed falsities and hate speech to fester in their comment spaces contributed to our deepening political dysfunction.

And news sites that shuttered on-site comments in favor of public dialogue on Facebook and Twitter – such as NPR, Reuters and The Daily Beast – have simply passed the buck. The algorithmic structure of Facebook shrouds users in personal echo chambers and enables profiteering fake news purveyors to prey on people’s ideological gullibility. Twitter, in addition to its online harassment problem, now has an emerging “bot-y politic” problem. A study found 20 percent of all election-related tweets this year were generated by computer algorithms – “bots” designed to propagandize digital conversations.

The National Institute for Civil Discourse, a nonpartisan research center based at the University of Arizona, recently issued a post-election call for civility, respect and bipartisanship. The call, imploring Trump and Congress to lead with civility and seek consensus, and for the American people to not let incivility linger, should be heeded. The same demand should be made of our news media institutions. One of journalism’s democratic responsibilities is to provide reliable forums for public criticism and compromise.

Journalists, as a rule, champion free speech. But we need our news organizations, large and small, to work to elevate debate above the polarized social layer. At news organizations, academic institutions and even governments, early efforts are under way to infuse more civility and veracity into our digital deliberations. In a “post-truth” reality, our modern electorate needs online discourse that’s less about toxic venting and more about identifying common ground.

Author Bio: Marie K. Shanahan is an Assistant Professor of Journalism at the University of Connecticut